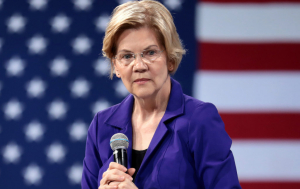 Democrats vs. Republicans is political language devised to divide the American people!

Just last week, I again heard this president talking of our purified democracy.  Democracy, Mr. President?  Really?  When did we become a democracy?

Over and over again and administration after administration, Americans have been continually inundated with this sort of propaganda coming from those who should know the difference (Hosea 4:6).

To say that we are a democracy shows the very pith and marrow of the ignorance that is on a daily display coming from those who are to uphold our enumerated laws found in our constitutional republican form of government.

“A democracy is a volcano which conceals the fiery materials of its own destruction. These will produce an eruption and carry desolation in their way.  The known propensity of a democracy is to licentiousness (excessive license) which the ambitious call, and ignorant believe to be liberty.”

James Madison, 4th President and Father of our Constitution, said of democracy:

“Democracies have ever been spectacles of turbulence and contention; have ever been found incompatible with personal security of personal rights of property, and have in general been as short in their lives as they have been in their violent deaths.”

No matter how many times I broadcast this or preach this from the pulpits across the country, I see that the people continuously return to what they are told from these politicians, which are incrementally undermining our constitutional republic by convincing you that we are a democracy (Jeremiah 5:31).

The 3rd President of the United States, Thomas Jefferson said:

“A democracy is nothing more than mob rule, where fifty-one percent of the people may take away the rights of the other forty-nine.”

The 2nd President of the United States, John Adams said:

Is this what is happening today? Yes, in fact, it is.

Yet again, Americans continually follow the example of those who are perverting this nation's foundations rather than those who established them (Hebrews 13:7).

Now, they are even going so far as to take on a language that is foreign to our US Constitution.

The American people, under the tutelage of those who are undermining our foundations, have conditioned themselves to speak the same language as their teachers. In the end, it is designed to divide and conquer.

“And if a house be divided against itself, that house cannot stand.” -Mark 3:25

Now, there are over 101 un-constitutional party affiliations or caucuses (As was a new Muslim Caucus most recently added).  Caucus was not a word defined in Webster’s 1828 Dictionary for the Colonies were ruled by ecclesiastical law (Canon Law), not party affiliations. In other words, Americans, we are ruled by constitutional law (Article 6, Section 2, US Constitution), not by your favorite politicians found today in the “Circus of Politics.”

We were warned long ago about taking on this language.

George Washington said, in his 1796 Farewell Address, that political parties “are likely, in the course of time and things, to become potent engines, by which cunning, ambitious, and unprincipled men will be enabled to subvert the power of the people and to usurp for themselves the reins of government, destroying afterwards the very engines which have lifted them to unjust dominion.”

He went on to argue:

“The alternate domination of one faction over another, sharpened by the spirit of revenge, natural to party dissension, which in different ages and countries has perpetrated the most horrid enormities, is itself a frightful despotism. But this leads at length to a more formal and permanent despotism. The disorders and miseries which result gradually incline the minds of men to seek security and repose in the absolute power of an individual; and sooner or later the chief of some prevailing faction, more able or more fortunate than his competitors, turns this disposition to the purposes of his own elevation, on the ruins of public liberty.

What Washington called “the spirit of party” was, he argued, “inseparable from our nature, having its root in the strongest passions of the human mind”—namely, the tribal passion to separate the world into “we” vs. “they,” into rival and competing groups. This spirit can then easily become a desire to see “our side” win, regardless of whether our side is better than “their side” and regardless of the issues at stake or the facts of the matter.”

"There is nothing which I dread so much as a division of the republic into two great parties, each arranged under its leader, and concerting measures in opposition to each other. This, in my humble apprehension, is to be dreaded as the greatest political evil under our Constitution." - Letter to Jonathan Jackson (2 October 1780), "The Works of John Adams", vol 9, p.511

How is it that the un-Constitutional, two-party system is set up today? In contrast, to its original intent (Jeremiah 6:16).

The United States shall guarantee to every State in this Union a Republican Form of Government, and shall protect each of them against Invasion; and on Application of the Legislature, or of the Executive, against domestic Violence.

Divide and Conquer - Republicans vs. Democrats