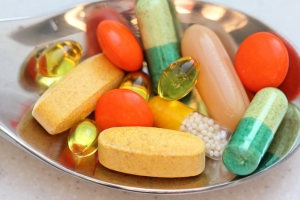 Another warning has been issued to adults and seniors who mix herbal remedies, over the counter supplements and prescription medications.

A study from the University of Hertfordshire in the UK found 44% of women and 22% of men surveyed mixed their prescription medications with herbal remedies and over the counter supplements.

Individuals may have changes in their metabolism and medication breakdown as they age causing variances in body absorption and efficacy of medications.  Adding supplements or herbal remedies could cause unpredictable reactions.

These effects could include:

For example, St. John’s Wort could interfere with the effectiveness of one’s birth control and ginseng could worsen one's hypoglycemia if they are taking insulin.

Grapefruit juice could interfere with the metabolism of a statin, a popular medication used to decrease cholesterol. By raising its levels in the blood, one drink could cause a patient to have increased side effects such as muscle cramps and liver issues.

And if alcohol is mixed with any prescription medication, deadly side effects (such as respiratory depression when used with opiates) can ensue.

So the moral is, just because a supplement states is “natural,” or a frequently consumed food appears to be safe, its combination with medication could prove deadly.

Although the interactions are numerous, the AAFP created a table of common ones:

Information from references 4 through 30. 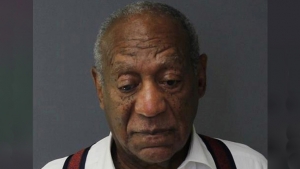 Bill Cosby has been denied bail and was sentenced to 3 - 10 years for drugging and raping Andrea Constand while she was incapacitated. Cosby is now an 81 year old convicted sex offender.

For those who have not heard, Cosby’s record of allegations began back in 2000 when several women came forward accusing him of sexual assault and rape going as far back as 1965 and into the 80’s and 90’s. One of them was Andrea Constand who sued Cosby in civil court after the D.A. refused to prosecute him in criminal court. She settled for an undisclosed amount in 2006.

There was some media coverage but for the most part, too many folks never really believed that TV’s dad (from the Cosby Show in the 80’s) was a serial rapist. And then, suddenly, just as quickly as the accusations were made - the allegations were swept under the rug and went away. For way too long.

Stand up comic Hannibal Buress had been working on new material in his routine. And one of his bits was about Bill Cosby “talking down to young black men about their mode of dress and telling them to pull up their pants.” Buress shot back at Bill with, “Yeah, but you raped women, Bill Cosby, so that kind of brings you down a couple of notches!” You can watch video of the bit here.

The audience laughs along because it sounds like Buress is joking. He is, after all - a comedian. Plus, I mean, Bill Cosby - a rapist? Come on!! But then Buress doubles down and encourages people to go home and Google, “Bill Cosby rape.”

The bit began to get a little press, which is how I heard about it. I did exactly as Buress said (because I couldn’t believe it). I Googled, “Bill Cosby rape.” And I was shocked. There was story after story about Bill Cosby drugging and raping women as far back as the 60’s. And there were trials and investigations back in 2000 and all I could think of is, “How the hell did I not know about this?”

Well, there were many who thought the same thing and suddenly a media firestorm picked up. Then, over the course of the next few years - more than sixty women came forward with similar stories - that Bill Cosby either attempted to assault them (but the woman escaped) or that Cosby drugged them, sexually assaulted or raped them, when they were too incapacitated to give consent or object.

Oh, and there were multiple police reports to back this up in several states from multiple decades, so it’s not like this is anything new. Law enforcement has reports on Cosby ranging from attempted assault, to sexual assault to rape in the 80’s, the 90’s, in 2000, in 2002, multiple reports in 2005, a report of attempted assault in 2013, and then dozens and dozens or reports in 2014 and 2015 who came forward to recount their stories from the past.

One, of course, wonders - if Cosby hadn’t been rich and famous, would he have been caught and put away a long time ago? Well - probably. But - he is rich and famous. And he’s rich and famous for playing a really, really nice guy on TV. And that warps people’s minds. Folks really want to believe that the onscreen persona that actors play is - exactly who they are. So no one wanted to believe that super nice TV personality Cosby dad - was a serial rapist.

Of course there were some people who knew the nice TV dad guy was an act. Richard Pryor’s widow, Jennifer Lee Pryor, on a 2015 podcast interview for Allison Rosen is Your New Best Friend, had this to say about Cosby and the allegations:

“Bill’s just a fucking hypocrite, and dirty on the inside. It was a well-kept secret that Bill fucked everything that moved.”

Pryor was upset that Cosby came down on her husband and told him to always “be clean” in his act. For anyone who remembers Richard Pryor you know damn well that “be clean” was never, ever on his mind. (Richard Pryor died in 2005).

Jennifer clarifies that no one had any idea about the drugging and the assault, which is probably true. I mean, even if you are married (which Cosby was) it’s totally legal to “fuck anything that moves” - as long as it is all consensual. Adultery is not sexual assault. If Cosby’s wife knew that Cosby was committing adultery and she chose not to leave him - that’s none of our business! So I won’t speculate.

Anyway, all I’m suggesting is that there were obviously folks that knew Cosby’s squeaky clean image was completely fraudulent. Alas, knowing someone is morally dubious doesn’t mean you know they are a serial rapist.

Cosby had his day in court. In fact, he had multiple days in court over multiple decades. And finally, finally his victims get some semblance of justice. A 3-10 year sentence. Hopefully, that sentence is on the longer side but I won’t hold my breath. I’ve seen too many rapist men get sentenced and then released after a shockingly short time incarcerated.

The famous case of Brock Turner comes to mind. You remember that douche bag, right? He raped an unconscious woman behind a dumpster. He was caught by two Swedish exchange students who luckily happened to be passing by. Brock ran, one of them went to assist the victim, the other chased and caught Brock. Turner was eventually arrested, charged and sentenced. The Judge was super duper nice to the rapist and gave him a six month sentence. Turner was out of jail three months later.

Three months in jail for raping an unconscious woman.

So, forgive me if I don’t hold out much hope that filthy rich Bill Cosby will spend much time in jail. And, he’s at the end of his life. Sure, he’s had a rough few years what with the accusations and the criminal investigation but, basically - he got away with it for almost his entire life. Despite the fact that there were a dozen accusations against him in multiple states over multiple decades - it still took more than 20 years to convict him of sexual assault.

Which, I guess, is better than nothing.