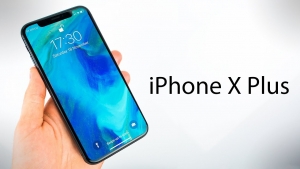 What I read last week is so typical of anti-Apple foolishness, but I was hardly surprised. As you know, we’re less than two months away from an expected Apple event to introduce new iPhones and no doubt an updated Apple Watch. Whether or not any other gear will be launched is a question mark, even though new iPads and Macs (in addition to the ones launched last week) are expected.

But it’s not too early for the usual gang of Apple haters to claim that whatever is going to happen is wrongheaded, that the company with the world’s largest market cap is just incapable of doing things right. Or perhaps following the foolish speculation from a wayward and ill-informed blogger. If Apple doesn’t follow the erratic and illogical twists and turns of would-be journalists, they will never succeed. All that’s happened to them so far is some gigantic fluke.

Some day, any time now, the market will self-correct and the “right” companies will retake control.

With that in mind, there has been some new speculation from industry analyst Ming-Chi Kuo, whose predictions about new Apple gear are often close to the mark. On that basis, There are reports about refreshed Macs, including the long-awaited Mac mini, a new low-end Mac notebook, and refreshes for the rest of the lineup, and the iPad. But there is one wrinkle with Apple’s tablet, an 11-inch model that evidently replaces the 10.5-in model, and the addition of Face ID to replace Touch ID.

So far, we have the 2018 MacBook Pro sporting huge speed and feature improvements, including a six-core CPU and an available 4TB SSD for a humongous amount of money as notebook computers go.

His predictions about the iPhone haven’t changed. There will be two versions of the iPhone X, a minor update to the existing model and an iPhone X Plus with a 6.5-inch display. Prices may drop on the cheaper model by $100, which would leave the bigger handset at the same price point as the previous iPhone X that was regarded as too expensive at the same time it became a top seller. In addition, he predicts an LCD model with a 6.1-inch TFT LCD display. The usual range of older models will probably stick around with lower prices, but what about the iPhone SE?

Speculation about the iPhone updates is enough to send the hater hearts aflutter. Especially the lack of an update for the smallest and cheapest iPhone. Does that mean there won’t be any changes, or maybe the existence of an update has been overlooked so far? Well, there was some speculation about a minor CPU update earlier this year, which has faded.

So does that mean the rumored iPhone SE 2 will never appear?

Obviously the complaint is that failing to produce a low-end model is a bad move for Apple, and thus you can expect abject failure this fall. I don’t pretend to know how many units have been sold so far, though it’s clear most customers appear to prefer the units with larger displays, and, in fact, the most expensive models. But that doesn’t mean that Apple is ignorant of the fact that lots of people still want smaller handsets, and why not satisfy those needs?

The current iPhone SE uses parts from the iPhone 6s, but that’s no reason to panic, for one reason that the distressed blogger overlooks, or maybe doesn’t know about.

As most readers know, Apple is touting huge performance boosts on iPhones with iOS 12, focusing on the iPhone 6 as receiving improvements of 50% or faster. While no promises are being made about the iPhone 6s, one assumes it’ll also receive a decent level of improvement, and you should expect that too with the iPhone SE.

So even without any change, the existing SE should deliver more than enough performance for most users. Sure, the camera won’t change, but it delivers pretty good photos as it is.

But maybe Apple is planning an SE update. While this model is not a huge seller in the scheme of things, even sales of a few million are quite significant and would be substantial for most other companies. A speed bump and camera enhancement, without actually changing the look, would involve at best a minor R&D expenditure to Apple.

Then again, one might raise the very same logical arguments for updating the Mac mini, which hasn’t been touched in four years. That is an even less defensible position, especially since the last revision actually downgraded the model apparently in exchange for a $100 reduction in price. You could no longer upgrade RAM, and the CPUs topped out at two cores. The four-core models that some cherished for use in data centers were no longer available, and Apple never explained why.

Now it; only one Mac line has been enhanced this year so far.

It’s also quite possible that the iPhone SE won’t be changed this year, or that Apple will replace it with something else that’s still relatively small, but perhaps has further enhancements to bring it in line with current models.

But if that doesn’t happen, it won’t signal a fatal mistake for Apple so long as people are still buying the existing SE. Obviously Apple has no obligation to meet the demands of yet another blogger with an inflated sense of self worth. 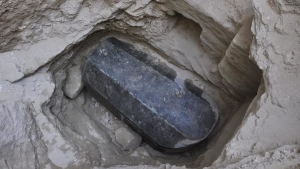