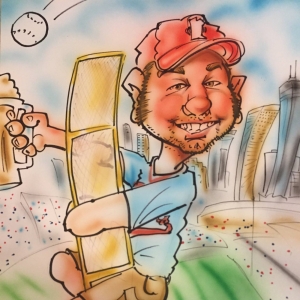 The Ohio Supreme Court heard arguments Wednesday morning in a dispute over taxes on promotional items purchased by the Cincinnati Reds and offered to fans through promotional ticket packages. Ohio state law exempts companies from paying taxes on items they buy and resell, but the issue is whether promotional items like bobbleheads are being sold as part of a ticket package or given away in an effort to increase ticket sales, which would require the Reds to pay taxes on the items.

Regardless of whether the Reds’ techniques are legal or not, the attempt to avoid paying $88,000 in state taxes is pretty insensitive given the Reds’ recent history. The construction of Great American Ball Park cost Hamilton County taxpayers $349 million and deprived federal taxpayers of $142 million in revenue – third-most costly of any Major League Baseball stadium according to a Brookings Institute study. The Reds share responsibility with the Cincinnati Bengals for burying Ohio’s Hamilton County in debt, resulting in cuts to social services, including the sale of a hospital, and forcing Hamilton County Commissioners to refinance $376 million of stadium bond debt in 2016. Property owners in Hamilton County were promised 30 percent of the revenue raised by the half-cent increase to the sales tax in the form of reduced tax bills, but the county has rarely had the money to pay the stadium debt and offer the full tax rollback.

The Reds’ attorney says Ohio’s flawed tax code doesn’t require a specific dollar amount for a tax exemption to be claimed nor awarded, according to judicial precedent. But if these teams are indeed selling their promotional items and not giving them away, shouldn’t these markups for promotional ticket packages be consistent? I mean, the price of the promotional item shouldn’t be dependent upon the section in which you buy your tickets, right?

As a Twins season ticket holder, I don’t mind the idea of promotional ticket packages because the best giveaways are limited to the first few thousand fans and always require you to show up hours before gametime to stand in line. The best giveaway last season was a Prince umbrella that had people lining up outside Target Field four hours before gametime. I’d rather sacrifice my money than my time, so if there’s a promotional item I just have to have, I’d rather be certain of getting it than risk my time and money to end up empty handed. That said, though, I’m not going to pay more for the same item sold for less to fans sitting in the cheap seats.

Real Madrid forward Cristiano Ronaldo has reached a deal with Spanish tax authorities to serve a two-year suspended sentence and pay a $21.8 million fine in a tax evasion case, according to multiple reports on Friday.

Ronaldo is unlikely to serve any time in jail under the deal because Spanish law states that a sentence of under two years for a first offence can be served on probation.

The plea agreement is similar to that of Barcelona's Lionel Messi, who was handed a 21-month prison sentence in 2017 on similar charges but under Spanish law was able to exchange the penalty for a fine.

Between 2005 and 2010, foreign players in Spain were protected under the so-called "Beckham law" allowing them to curb their taxes. But as the financial crisis deepened, that exemption was lifted, paving the way for the cases.

Half of Ronaldo’s $93 million annual salary comes from image rights deals with sponsors, which is likely the money being moved around to evade taxes.

Melinda Karlsson, wife of Ottawa Senators’ captain, Erik Karlsson, alleges that Monika Caryk, fiancee of Ottawa’s Mike Hoffman, has harassed Karlsson and her husband online since November 2017. Melinda Karlsson has filed an order of protection citing “over 1,000 negative and derogatory statements about me as a professional” posted on social media, including an allegation that Melinda’s use of painkillers was reason the Karlssons’ first child was stillborn in March. Karlsson also claimed that Caryk "uttered that she wished I was dead and that someone should 'take out' my husband's legs to ‘end his career.’” After the Ottawa Citizen published a story Tuesday detailing the allegations, a Facebook profile in Caryk’s name was deactivated.

Hoffman has defended his fiancee and told the Ottawa Citizen, "There is a 150 percent chance that my fiancee Monika and I are not involved in any of the accusations that have been pursued.”

Someone, it seems, is going to be guilty of defamation in this case, Mike -- either the accuser or the accused. And according to Eric Macramalla, another attorney covering the business and law of sports for Forbes and TSN, much of the social media evidence is obtainable from Facebook and Twitter, but that doesn’t mean a request for the information will result in the evidence being provided. So depending on whether that evidence is made available could determine whether this case goes to court or is settled out of court.

Regardless, it’s unlikely Karlsson and Hoffman are teammates next year. Both are under contract, but trades are reportedly being investigated by Ottawa for both players.

Erica Wilkins, a Cowboys cheerleader from 2014 to 2017, is seeking "unpaid overtime wages, minimum wages, and all other available damages," citing the Fair Labor Standards Act, according to court documents filed Tuesday. The lawsuit said female cheerleaders were paid at a rate less than "Rowdy," the mascot. Wilkins said her rate of pay was $8 an hour and that Rowdy made $25 per hour. Now the mascot’s attire must constitute a higher rate of pay, but is sweating through a costume reason enough for the difference in pay?

Former NFL tight end Kellen Winslow II was arrested at his home in the San Diego suburb of Encinitas on suspicion of multiple sex crimes. Winslow, 34, was stopped by police in his SUV and was identified as the individual involved in a residential burglary at a mobile home park.

Winslow allegedly prefers his victims mature. He’s accused of kidnapping, raping and forcing oral copulation of a 54-year-old woman in March, kidnapping, rape and sodomy of a 59-year-old woman in May, burglary with the intent to rape a 71-year-old woman in June, and burglary with the intent to rape an 86-year-old woman, also in June. Winslow posted $50,000 bail and was released. On June 7, Winslow was arrested on a felony charge of first-degree burglary in Encinitas. He was freed after posting $50,000 bail on that charge. Not much to be said except these charges are disgusting and you’d hope no one would be capable of committing such crimes.

A slip and fall by Reggie Bush on the Rams’ stadium sidelines in St. Louis back in 2015 has resulted in a $12.5 million award ruled to be paid to Bush, who sustained a torn lateral meniscus which ended his season. Attorneys for the Rams said they plan to file a motion for a new trial.

Bronze Balls: The Raiders are concerned that wide receiver Martavis Bryant will be subject to league discipline, sources tell Michael Gehlken of the Review Journal. The belief is that Bryant has violated the league’s substance abuse policy once again, which would put his entire 2018 season in jeopardy. Bryant is entering the final year of his rookie deal.

Silver Syringe: Defensive tackle Roy Miller’s chances of continuing his career for a tenth season took a hit Friday afternoon, as the NFL suspended Miller for the first six games of this season, according to ESPN’s Field Yates. Miller has yet to sign with a team.

Two-bit Cheat of the Week: Cowboys defensive lineman David Irving is being suspended four games for violating the NFL’s policy on substances of abuse, sources tell Ian Rapoport of NFL.com. This isn’t Irving’s first violation of the NFL’s drugs policies. He was hit with a four-game PED suspension last June. This puts your Cowboys in a tight spot with defensive tackle Maliek Collins nursing a foot injury. Hey, maybe they’ll get defensive end Randy Gregory reinstated.

Let’s get nostalgic and talk about foul play of the past, when news was delivered on paper and milk in reusable glass bottles. Here’s your sports-crime history lesson we call Historically Foul Play.

On June 16, 2009, US Cyclist Tyler Hamilton, 38, received an eight-year ban for testing positive for a steroid called DHEA. Hamilton had announced his retirement two months earlier when he was made aware of the failed drug test, but the US Anti-Doping Agency wanted to assure Hamilton would be suspended for the remainder of his cycling career. Hamilton was accused of using blood transfusions, human growth hormones, testosterone, EPO, and insulin after failing drug tests earlier in his career. During the 2000 Athens Olympics, where Hamilton won a gold medal, his A sample showed signs of blood doping. The B sample was mistakenly frozen so that it could not be tested, so Hamilton was allowed to keep his gold medal. He tested positive again one month after the Olympics and was banned for two years. Hamilton kind of makes Lance Armstrong look good, doesn’t he?

Time to get statistical and make some informed inferences in a segment we call Statistically Significant Foul Play, where we do an analysis of statistics that indicate foul play.

Foul Play-by-Play, its hosts, nor its partners practice nor condone the accusatory promulgation of foul play by athletes for the sake of the hot take. Cheats are innocent until proven guilty. That said, in this case of statistically significant foul player, I’d like to admit into evidence the following significant statistics indicating foul play.

The rate at which batters are being hit by pitches so far this season is .385 per game played, the highest rate since 2001’s .39 hit batters per game played. But is that more of a result of batters crowding the plate or pitchers pitching inside?