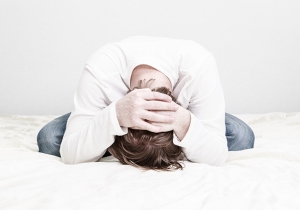 Each year 45,000 Americans take their lives. That averages to 123 people a day.  And each suicide affects everyone with whom the  person has regular encounters. So why is it so common?  Here are six reasons people choose to end their life.

Many of us have been trained to act on a whim. We quickly reply to a text, pop some food in the microwave, flick the controller while playing a video game…and these quick, instinctive acts are becoming a part of our daily behavior.  So when one has a fleeting thought of suicide, they may be less likely to slow down and think it through.

This is one of the least discussed reasons people commit suicide, but unfortunately more common than we think.  Although most of us fear death and dying, some pathologically can’t handle the thought of it happening out of the blue.  Those who need control and need to plan ahead, may find solace in the fact that they are planning their own death. They can’t control their birth but they can control their death, they believe, and for those who feel they have lost control of their life may find this tragic option welcoming.

So many self medicate either by overeating, drinking alcohol, smoking weed, or taking pills, which when wears off, can sink one into a lower funk. Without psychological or medical intervention, one struggles to recover.

Since so many people are undiagnosed when it comes to depression, family members and friends are unaware their loved one is struggling. Going about one’s business may be inferred as indifference by someone suffering from a mood disorder.  “They won’t even notice I’m gone,” pervades their thoughts and worsens their loneliness.