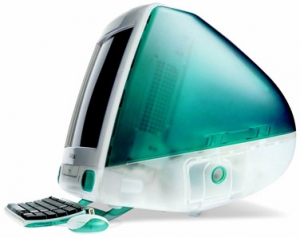 Regular readers know that I’ve spent an awful lot of time correcting fake news about Apple. Is it because I’m an Apple fanboy? No, it’s more about my obsessive nature. Without claiming that I’m in any way perfect, I dislike reading false information about anyone or anything. I’m very much in favor of reporting the news as accurately as possible and correcting mistakes when it’s necessary, even very slight ones.

In a sense, then, these columns are very much works in process. When the story changes, or I discover a typo, I update. It’s one of the good things about the Internet, but it also makes it easier to post falsehoods without much in the way of consequences. It’s just more clutter, and there’s so much of that you can barely keep up.

Now maybe there is hope. Last week’s revelation that the iPhone X, even through the March quarter, was Apple’s best selling smartphone and, in fact, the best-selling smartphone on planet Earth, would surely have convinced the naysayers that they were wrong all along about sales collapsing. Or maybe not. The nonsense about supposed negative supply chain data pointing to poor sales of Apple gear has long ago been disproven.

But some people never learn, or maybe there’s an advantage in saying bad things about Apple, even though a lot of those statements are outright lies.

In any case, on this week’s episode of The Tech Night Owl LIVE, we presented commentator Josh Centers, Managing Editor for TidBITS, and author of “Take Control of Apple TV” and other titles, who focused a main part of his conversation with Gene on Apple’s record earnings for the March 2018 quarter. Despite all the unfounded rumors of poor iPhone X sales, which hurt the company’s stock price for several weeks, Apple reported that its flagship smartphone was its top-selling gadget for every week it was on sale — and thus the top-selling mobile handset on the planet. You also heard about Apple’s decision to discontinue AirPort Wi-Fi routers, why it may have occurred, and possible alternatives. And what about the announcement that, once again, T-Mobile and Sprint are attempting a merger. Will the attempt succeed this time with a different administration in Washington? Will customers receive better service, and how will prices be impacted? What about the fate of employees of both companies, and merging two incompatible cellular networks. Josh also explained why, for now, he’s basically stuck with Verizon Wireless in the rural area in which he lives.

You also heard from outspoken columnist Bryan Chaffin, co-founder and co-publisher of The Mac Observer, who explained why false rumors about alleged poor iPhone X sales got his dander up. Gene and Bryan talked at length about such fake stories, and how Apple actually fared during the March quarter compared to last year. There were also discussions about the proposed T-Mobile/Sprint merger, and how the plan differs from AT&T’s plans to join forces with Time Warner. Will the political winds in Washington force AT&T to ditch CNN to get the merger approved by the Department of Justice? There was also a discussion about the news that Twitter has asked its entire membership to change their passwords because of a purported error in storing them internally in plan text. Twitter claimed outsiders were not impacted, but that didn’t stop Gene from immediately changing his password.

On this week’s episode of our other radio show, The Paracast:  Gene and guest co-host Michael Allen  present a return visit by researcher MJ Banias, a blogger who critically and philosophically examines the weird, the strange and the anomalous. During this episode, MJ will discuss the latest episode of the “MUFON Follies,” a new documentary about the Flatwoods Monster, a creature seen in West Virginia in 1952, and even how he accidentally got involved in debates over the Billy Meier contacts. And what about the alleged alien agenda? MJ was a former field investigator with MUFON, has been featured on multiple podcasts and radio shows, and contributes to Mysterious Universeand RoguePlanet. His work has been included in FATEMagazine, and in a collection of UFO-related essays entitled UFOs: Reframing the Debate.

I REMEMBER THE iMAC

In 1998, the typical Mac was a large beige desktop, or a black PowerBook. Simple, conservative, powerful. In those days the PowerPC roasted Intel Pentiums for lunch. It took years for the PowerPC’s reign as the fastest PC processor to end.

In May of that year, Steve Jobs announced a revolution in personal computing — with an emphasis on simple Internet access — the iMac. It didn’t ship until August of that year, but I already had one in my home. As a member of Apple’s Customer Quality Feedback program, I was beta testing the original Bondi Blue iMac. It would go on sale for $1,299, but my Apple contact told me I could keep it if it survived a final firmware update.

I wasn’t surprised to see it didn’t, and thus I sent it back for, they told me, proper disposal. But armed with that experience, and with Apple’s approval, I wrote an article about iMac for a Phoenix newspaper, which included an interview with none other than Jonathan Ive.

In retrospect, the iMac was a revolution, setting the stage for future Macs, but to me it was just a low-end consumer all-in-one computer. It took a while to see the method in Apple’s madness. To me it didn’t provide the higher end features I needed for my work.

As a practical matter, though, its 233 MHz PowerPC G3 was as powerful as the one offered in the most expensive Power Macintosh minitower the previous year, although many of its parts came from the PowerBook. Just after Apple finally got the RAM upgrade process simplified for Macs, doing it on an iMac required pulling out the internal chassis. Not hard, but an awkward process.

But this wasn’t about easy upgrades. It was about having a computer that you could connect to a power outlet and a phone jack, turn it on and log in. Suddenly, online access was easy. I was an old hand at getting online, so it wasn’t so big a deal for me, but I can see where millions of potential customers would find it a revelation. To me, however, the iMac was almost an alien visitor. There was no LocalTalk port, no SCSI port, no floppy drive. But the addition of a USB port — an Intel invention in fact — paved the way for the future.

It didn’t take long for peripheral makers to go USB. The 1.0 version made for slow hard drives, but you didn’t have to mess with SCSI chains, incompatible devices, and terminators. Printers, scanners and other accessories worked just fine, and you can’t imagine how this simplified the connection process.

PC makers didn’t understand when it was time to give up on old technology, and thus the boxes had lots of legacy ports, and you had to juggle with cables, driver incompatibilities and so forth. An iMac? It just worked, but it was still just a low-end computer that would be fine for online access and word processing. You couldn’t imagine working with Photoshop or playing games on it, though the former would run all right enough despite the poky internal drive.

Over the next 20 years, you would see evidence that Apple had a long-range plan. The iMac went through several design generations before it became what was essentially a monitor with a rear-end that became fat in the center.

The 27-inch iMac, in 2009, was a powerhouse. For most tasks, performance was on a par with the hefty cheese grater Mac Pro, and only fell behind with apps that worked best with a least 8 cores inside. Graphics performance was decent, and the large display was awesome for its time.

It was enough to convince me to sell a slightly older Mac Pro and a large Dell display. I was able to sell the system to a friend, and use the money for a brand new fully-outfitted iMac and a backup drive, and still have a few hundred dollars left to pay some bills.

By 2014, an iMac arrived with the PC industry’s best display — ever — with a resolution of 5K. It allowed you to edit a 4K movie in Final Cut Pro, with enough space left on the screen for the menus. While the first model cost a few hundred dollars more than an iMac with the regular display, it wasn’t long before Apple found ways to build those marvelous 5K displays cheaper, with color improvements. Thus all 27-inch iMacs received 5K displays, with no increase in price.

The PC world was left hanging. Go online and find a 5K standalone display, other than the one LG built with Apple’s assistance. Now find one that’s actually affordable, and seek a PC with the graphics power to drive one without fiddling with multiple cables.

In 2017 released a high-end iMac, the Pro, with a rejiggered cooling system capable of supporting an Intel Xeon processor with up to 18 cores plus EEG memory. The prices started at just below $5,000 and soared into the five figures. Finding a PC with comparable specs wouldn’t save you any money, and configuring one with a 5K display, other than the one from LG, turns it into an even more expensive proposition.

From its humble beginnings in 1998 as a simple consumer-level all-in-one computer to the most powerful Mac on the planet — at least until the next Mac Pro arrives — has to be an amazing achievement. The iMac Pro is designed to handle high-end scientific tasks, movie special effects rendering, and other tasks that are required of the most powerful PC workstations.

Even if I could afford the 2019 Mac Pro when it arrives, the iMac remains my computer of choice. Well, until it’s replaced by something cheaper and better.