May is stroke and high blood pressure awareness month 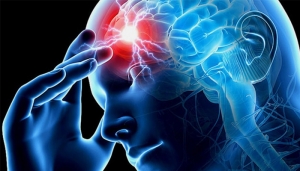 At least one in three adults has high blood pressure and strokes are the 5th leading cause of death in the United States.

In May we raise awareness of both these conditions during American Stroke Monthand National High Blood Pressure Education Month.

Every 40 seconds, someone in the United States suffers a stroke.  And high blood pressure puts one at risk of a stroke, as well as heart disease.

Here are your questions answered. 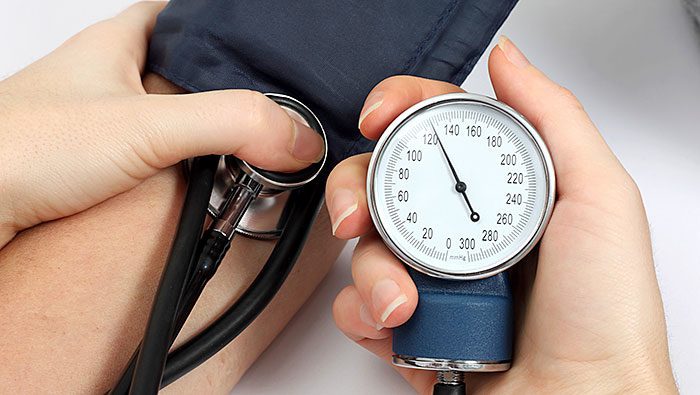 What do the blood pressure numbers mean?

The top number, or systolic pressure, is the pressure the heart exudes during a beat or pumping of the blood.

Diastolic pressure is the pressure in your arteries between beats while the heart is “filling.”

Both numbers are equally important as elevation of either can increase one’s risk of cardiovascular disease.

What blood pressure level is considered “normal” or “abnormal?”

High blood pressure has now been redefined as being greater than 130/80 mmHg, down from 140/90 mmHg.   Last year it was guestimated that 42% of Americans would soon be considered “hypertensive.” 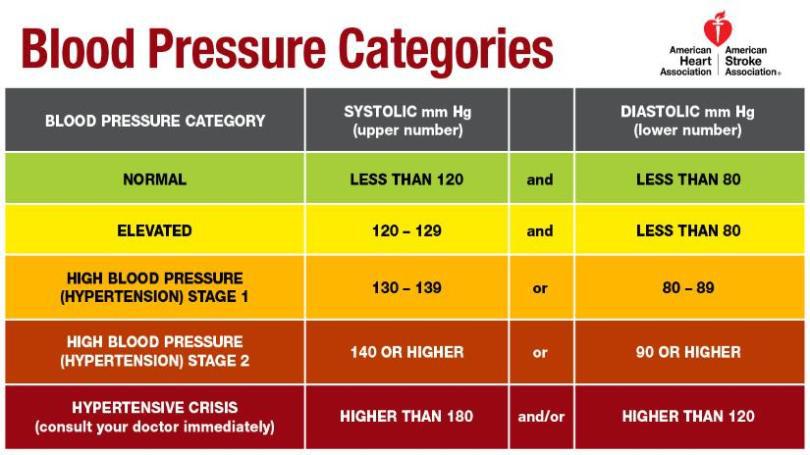 What can long-term high blood pressure cause?

Chronic high blood pressure can be dangerous.  It may cause:

How do we treat high blood pressure?

As a family physician I would also screen for diabetes, high cholesterol, low thyroid, kidney disease and sleep apnea.

If blood pressure cannot be controlled and continues to rise, medications may be prescribed to decrease blood volume, or lower the heart rate, or relax the blood vessels.

Ischemic strokes are more common than the latter and occur when a clot prevents blood flow to part of the brain.  80% of all strokes fall under ischemic.  It is a likened to a heart attack, except the brain tissue is being deprived of blood and nutrients. Plaques commonly arise from arteriosclerosis that break off travel to the smaller vessels of the brain.

If the stroke was caused by a clot (ischemic) immediate treatment includes dissolving/removing the clot.  Aspirin is used initially and if within the proper time frame, tissue plasminogen activator (TPA).  These clots can also be surgically removed and arteries widened to bring blood flow to the brain.

With a hemorrhagic  stroke, we need to stop the bleed and improve flow to the brain.  Controlling the bleed, bypassing the vessel, “clogging” the aneurysm with techniques such as “coiling” (endovascular embolization) are sometimes utilized. 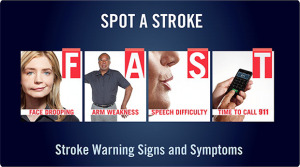 COURTESY OF THE AMERICAN STROKE ASSOCIATION