Deadpool 2 better than Avengers: Infinity War, and Deadpool, too 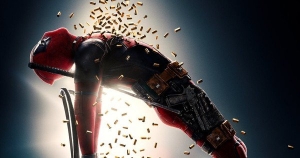 The first 14 minutes and 25 seconds of Deadpool might be the best beginning to a movie I’ve ever seen in a movie theater. It has everything every blockbuster film should have to draw you in and put you on the edge of your seat. It introduces you to an interesting character, it entices you with either drama or comedy, and culminates in a climactic scene that sets the scene for the hero’s journey through the movie’s plot.

The first 15 minutes aside, the rest of Deadpool 2 is not only more entertaining than Avengers: Infinity War, but it’s better than Deadpool, too.

Back when Super Troopers 2 was released, I wrote about how a select few sequels achieve the critical acclaim of their predecessors. Much of that is due to the precedent set by the original film, as is the case with the first 15 minutes of Deadpool. Despite the wild success of The Godfather, ask any Italian or most film professors which is the better film, The Godfather or The Godfather: Part II, and Part II, will come out ahead. Ask any Star Wars fan which Star Wars is best, and most will tell you The Empire Strikes Back is better than its predecessor, A New Hope. Empire’s Rotten Tomatoes rating is even higher than A New Hope’s. The same is true of Deadpool 2’s Rotten Tomatoes rating. It’s rating is one percentage point higher than Deadpool’s as of this writing.

If you liked that Deadpool brought attention to the fact you’re watching a movie and used it as comic relief, you’ll love Deadpool 2. The sequel ups the ante in this regard, blending reality and fiction in a sort of Gonzo journalistic attempt at filmmaking. The “whose balls did I have to fondle to get my very own movie” moments are many more and even funnier than the original’s. Instead of suspending reality for audiences, Deadpool and Deadpool 2 use reality as the butt of many of the films’ jokes, and it works wonderfully, even providing laughs through its casting of characters. (Hint: stay seated after the sneak-peak trailer following the end credits for outtakes during filming of Deadpool 2.)

Finally, if you thought you laughed a lot when you saw Deadpool, you’ll laugh even more often and harder and longer when you see Deadpool 2. It is without doubt the funniest comic book movie ever made, overtaking its predecessor, of course. I laughed more during Deadpool 2 than I did during Super Troopers 2 and think you will, too.