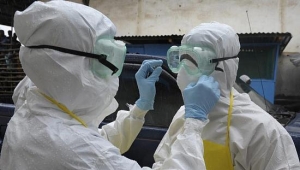 Twenty five people have died, and 45 others are suspected to be infected with Ebola in the Democratic Republic of Congo (DRC). The World Health Organization (WHO) has confirmed and reported the outbreak of Ebola on May 8.

This latest outbreak began in villages near Bikoro. New cases later surfaced miles away in Mbandaka, an urban city with a reported population of 1.2 million, located along the banks of the Congo River. 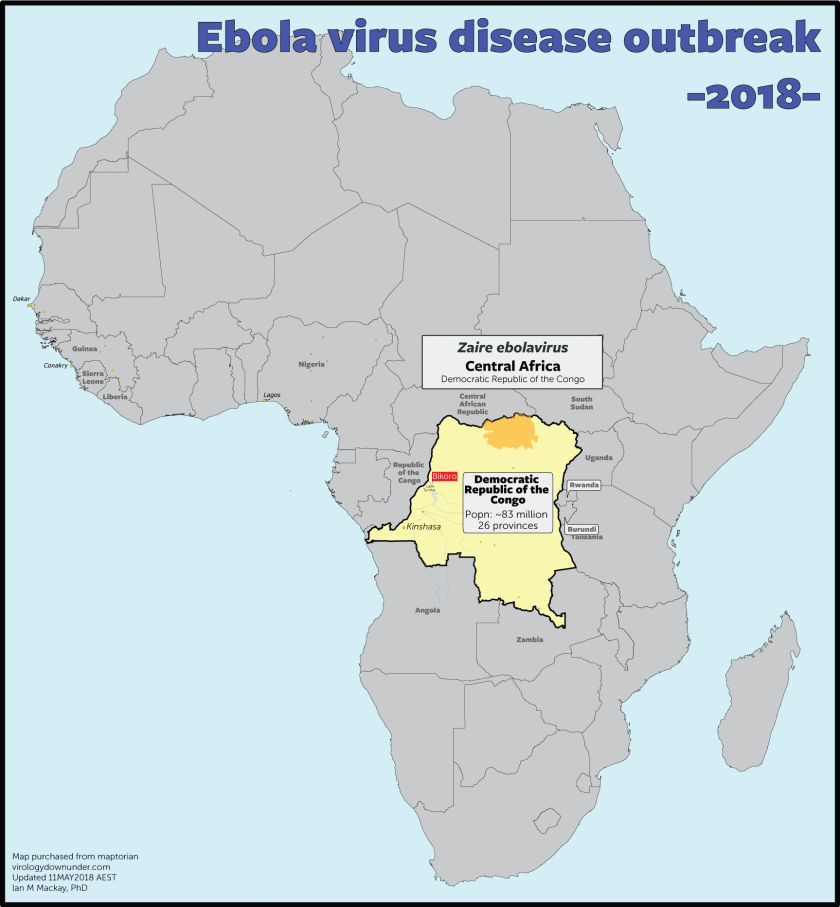 Vaccination has begun with ZMapp, a treatment used in the 2014 outbreak that shows promise as a prophylactic measure.

Dr. Karen Duus, Associate Professor of Microbiology and Immunology at Touro University Nevada, explains, “The vaccine is a recombinant Ebola virus protein vaccine that causes a similar type of neutralizing antibody response (as the ZMapp treatment). The neutralizing antibodies coat the virus particle and keep it from binding to the target cells and infecting them.”  Its efficacy, however has not been extensively tested. 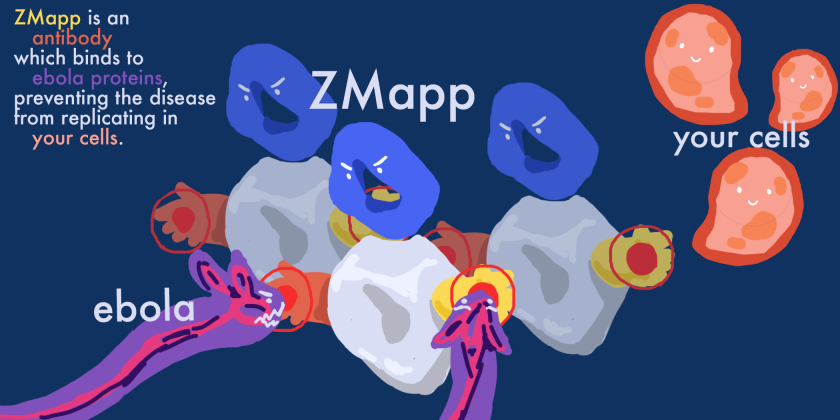 The DRC had a small outbreak last year but it was contained within 42 days.

The West African Ebola epidemic spanned from the end of December 2013 to 2016 infecting over 28,000 people and killing over 11,300. The epidemic was one of the worst in Ebola’s history and its high mortality rate took countries such as Sierra Leone, Guinea, and Liberia by surprise. A vaccine was not available, and medications such as ZMapp were experimental and not in great supply. Hospitals were not stocked with protective clothing able to prevent the minutest of exposure to the deadly virus. Travel bans were difficult to institute and top that off with a lack of education on what we were dealing with and it was unfortunately the perfect storm for one of the deadliest outbreaks in recent history.

Ebola however emerged far before this. Ebola was named after the Ebola River in Zaire and was first recognized in 1976 when it caused two outbreaks affecting 318 and 284 people respectively.  Multiple small outbreaks have occurred since then, according to the CDC:

CYNTHIA GOLDSMITH THIS COLORIZED TRANSMISSION ELECTRON MICROGRAPH (TEM) REVEALED SOME OF THE ULTRASTRUCTURAL MORPHOLOGY DISPLAYED BY AN EBOLA VIRUS VIRION. IMAGE FROM CDC

And multiple smaller sporadic cases occurred in the years between.

In January 2016 health officials declared the Ebola outbreak had ended, however cases continued to smolder.

Why this occurs is the virus may not leave the body completely. Its been found to live in semen up to a year and some survivors can suffer a reinfection months later. For example, in 2015 Dr. Ian Crozier successfully fought Ebola but two months after discharge, suffered a severe eye infection which turned out to be Ebola lurking in his eye.

A study in 2015 found Ebola be able to survive outside a human body for days and longer if within a liquid such as water or blood. Mosquitoes are not known to transmit the virus however it can live in bats as well as monkeys and apes. Pets have not been known to contract Ebola from their sick owners but its been postulated that pigs could, if in contact with a victim.

Dr. Duus states that although the virus reservoirs are not clear, “people are most likely infected by butchering or eating infected animals.”

Ebola is a virus from the Flavivirus family that causes a hemorrhagic fever with symptoms of sudden fever, myalgias, headache and sore throat.  It could then progress to nausea and vomiting, liver and kidney issues and internal and external bleeding, ultimately resulting in death in 90% of cases.