After 40 years, the original Night Stalker has finally been caught 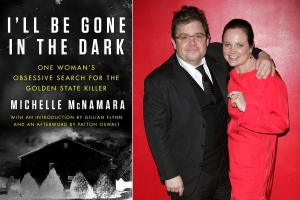 Former police officer Joseph James DeAngelo, 72, was arrested Tuesday evening in Sacramento after DNA matched him to evidence found at multiple crime scenes from the 70’s and 80’s. Authorities have now positively identified DeAngelo as the infamous East Area Rapist, aka, the original Night Stalker (as opposed to Richard Ramirez, who is generally now referred to as “the Night Stalker).

Between the mid 70’s and into the 80’s a string of rapes, assaults and murders happened up and down the Bay Area, mostly near the Sacramento area but stretching as far south as Irvine. Then, sometime around the mid 80’s - they stopped but not before (at least) twelve people were murdered and more than 50 women had been raped. But because they suddenly stopped in 1986, the case of the Golden State Killer has remained unsolved for nearly four decades.

Writer Michelle McNamara, late wife of comedian Patton Oswalt, wrote “I’ll Be Gone In the Dark” (a phrase the killer said to one of his victims), a well received book about the East Area Rapist, dubbing him the “Golden State Killer.”

Apparently, McNamara had a minor obsession about the case and spent years researching and writing the book. She died of cancer before completing the manuscript. Her husband, with the help of a few investigators, finished the book last year and published.

Police, for some insecure reason, quickly point out that Michelle McNamara’s true crime novel had nothing to do with their arrest. Oswalt had a few things to say about that on twitter, writing:

“It did, but #MichelleMcNamara didn’t care about getting any shine on herself. She cared about the #GoldenStateKiller being behind bars and the victims getting some relief. She was Marge Gunderson in FARGO, not Chilton in SILENCE OF THE LAMBS.”

“Also, the cops will NEVER and HAVE NEVER credited a writer or journalist for helping them solve a case. But every time they said #GoldenStateKiller they credited the work of #MichelleMcNamara and #IllBeGoneInTheDark.”

I don’t know if they have NEVER credited a writer or journalist but, he’s probably close to the truth. For a decades old unsolved serial rapist / murder case that has been cold for thirty years, keeping it in the public eye is important. Her book may not have solved the case, but it probably woke someone up to do - something.

And then, suddenly - authorities uncover DNA evidence! Remember, DNA testing was not around in the mid 70’s when the crimes happened and therefore is not even available from the majority of the crime scenes in question; however, there was enough found to link DeAngelo to multiple crime scenes including, at least, two murders.

I’m happy to hear the words, “The Golden State Killer has been caught” and am elated to know DeAngelo will spend the rest of his life behind bars. But I can’t help feel bittersweet because he got away with it for so long that, well - he basically got away with it. I mean, California doesn’t have the death penalty so, here he is, a 72 year old man that will go to jail and receive free meals, free health care and will probably only live another ten years. I want more punishment for him. I want the best years of his life taken from him as he rots in jail. Alas, justice has to settle for robbing him only of his senior years.

Anyway. The East Area Rapist, the Golden State Killer, the Original Night Stalker has finally been arrested and, I’m sure he will die in jail. And so I hope it brings his victims some peace and, from a few of the accounts I’ve read - it has.

So at least, there’s that. 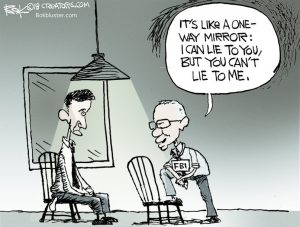