Underrated inventions and their inventors who deserve to be remembered 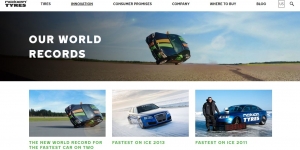 Thomas Edison will forever be remembered for inventing the light bulb, phonograph and motion picture camera. Alexander Graham Bell will be remembered for the telephone. Nikola Tesla’s induction motor is still used in power tools, blow dryers and vacuum cleaners. His “teleautomotan” was the first remote-controlled robot, and his contributions to advancing alternating current helped make it the electrical system still in use today.

But there are plenty of inventions we take for granted and hardly consider who had a hand in their creation, let alone give thanks for their work. So what about those underrated inventions and their inventors who deserve to be remembered?

While defecating in perfectly good freshwater might not be something we should be doing, most people throughout the world couldn’t imagine getting rid of their bodily waste any other way. The flushing toilet is one of the few inventions with an initial design that has held up over centuries. Every time you flush the toilet, you should thank Sir John Harington for allowing you to do so.

For over 400 years the flushing toilet has provided the masses with a means of making their movements disappear. Sure, without the work of Thomas Crapper, who heavily promoted sanitary plumbing, there wouldn’t be a system in place to move those movements somewhere else. But the flushing toilet might be the most underrated invention and Sir John Harington the most underappreciated inventor in human history.

The modern refrigerator is the result of multiple inventions by multiple inventors, but Jacob Perkins took the design of Oliver Evans, who failed to build a working model, and built the first apparatus and means for producing ice, and in cooling fluids through vapor-compression refrigeration.

Where would we be without refrigeration? We’d still be dying from foodborne illnesses at immense rates. We would be exhausting our freshwater even faster than we are, and we’d be sweating our asses off, living without air conditioning. But we’d probably be thinner.

If you don’t have four-wheel drive and live in a place that experiences all four seasons, you probably have a set of tires specifically for winter, and you have Nokian Tyres of Nokian, Finland to thank.

Nokian is the northernmost tire manufacturer in the world, so it’s no surprise they were the ones to find a solution to transporting goods on unplowed roads covered with snow. The Kelirengas was the world’s first winter tire, designed with lateral grooves designed to grip the surface of the snow and making snow chains unnecessary.

For lighter, passenger vehicles, the Lumi-Hakkapeliitta was designed two years later so tourists could ski slopes otherwise unreachable. And for quite some time, there was no new advancement in winter tire production.

Then came Nokian’s Kometa in 1961 -- the first studded, snow tire. The studs significantly increased traction on icy roads. Now Nokian is working on a studded, snow tire with retractable studs that can be used all season, which could be the best thing to happen to cars since the invention of headlights.

Sørensen changed the marketing and advertising business with the advent of ad-blocking software. He changed the world wide web and the world, in fact. The way we consume everything will never be the same.

The Danish software developer was just a university student back in 2002 when he started work on the side project for Firefox. Now the AdBlock extension has been released for Mozilla Firefox (including Firefox for mobile), Google Chrome, Internet Explorer, Microsoft Edge (beta version), Opera, Safari, Yandex Browser, and Android.

Eventually, AdBlock will be forgotten altogether. Much of the advertising industry is already operating on the assumption that every consumer utilizes some form of ad-blocking software, and eventually they’ll be unable to subvert that software. Andrew Essex’s The End of Advertising: Why It Had to Die, and the Creative Resurrection to Come details the future of advertising thanks to Sørensen’s invention, and it’s much more beautiful than the ad-riddled century before it.

So the next time your ad-blocker blocks an ad, or your snow tires save your life, or you enjoy a cool drink or a pleasant movement, now you know the inventors who deserve to be remembered.