Minnesota Twins are better for not signing Yu Darvish 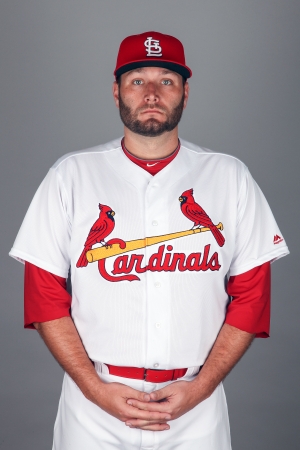 The Minnesota Twins reportedly offered Yu Darvish $100 million over four years to be the ace of their starting pitching staff. Instead, president of baseball operations Derek Falvey and general manager Thad Levine invested almost the same amount of money in three players who make them better than Darvish could have.

Darvish signed with the Cubs for five years and $126 million guaranteed and for good reason. He’s projected to be worth 2.8 WARP for the Cubs. And the Cubs are one of those teams, along with the Astros, with their championship window wide open. The Twins’ championship window is just opening, but thanks to some clever spending, that window is expected to open up even more for the Twins this season.

On March 4, Jim Bowden reported that the Twins would be unlikely to sign any of the top remaining free agent starters on the market, including Lance Lynn, who declined a qualifying offer from the Cardinals in the amount of $17.4 million. Six days later the Twins signed Lynn for one year at $12 million. Lynn called the two-year, $12-million offer from the Twins “non-starter” just days earlier, but a lack of long-term offers with Spring Training in full swing made a one-year deal worth $12 million look pretty good for a pitcher entering his second season removed from Tommy John surgery.

Overnight, according to Baseball Prospectus’s PECOTA projections, the Twins went from 82 wins and out of the playoffs to 83 wins and in. But despite an appearance in the American League Wild Card game last season, the Twins were projected as a .500 team prior to spending the money they had reserved for Darvish.

In another affordable surprise, Falvey and Levine scored free agent first baseman and designated hitter Logan Morrison for one year and $5.5 million. Morrison hit a career high 38 home runs last season -- good for 2.8 WARP. He’s been projected to be worth one win more than a replacement player.

The Twins wouldn’t have likely traded for Jake Odorizzi had they landed Darvish, either. He’s been projected to be worth .7 wins above a replacement player at a measly $6.3 million this season and is still eligible for arbitration next year. Add it all up and you’ll find Morrison, Odorizzi and Lynn to be worth just a tenth of a win less than Darvish at $1.2 million less than the Twins were willing to pay Darvish.

Consider the 1.2 wins added by the combination of Fernando Rodney and Addison Reed at the back of the Twins’ bullpen, and you not only have a playoff-bound roster, but a formidable playoff foe that can shock an American League divisional champion. Remember, they could get Michael Pineda back for the playoffs. They’re paying him just $2 million this season while he recovers from Tommy John surgery.

If Jose Berrios becomes the ace arm the Twins expect entering the playoffs, they’ll have a starting pitcher who can win them a Wild Card game. And even if he isn’t the ace the Twins expect, Ervin Santana or Lance Lynn could win that game.

The Twins’ rotation can now hang with anyone in a five- or seven-game series. A playoff rotation of Santana, Berrios, Lynn and Odorizzi can finally hang with the Yankees’ Tanaka, Severino, Gray and Sabathia or the Astros’ Keuchel, Verlander, Cole and McCullers.

Falvey and Levine won the offseason for the Twins. They recognized the perceived values of free agents were inflated for whatever reason -- whether it be collusion or analytical analism -- and they were rewarded for not overpaying Darvish. They managed to do all this without adding a single contract beyond 2019.

Opinion: I voted for Hillary Clinton but I will agree Trump sure was right about this one thing...

Republican President Donald Trump overwhelmingly won the conservative christian vote and yet we find him neck deep in another infidelity scandal. He was married to his first wife Ivana Trump from 77-92. Donald cheated on her a bunch (including with upcoming wife number two) and the rocky marriage came to a harsh ending. And it wasn't just about the cheating. Let’s not forget that in Ivana's 91 deposition she accused Donald Trump of physically abusing her up to and including one case where he ripped out fistfuls of her hair (for disobeying him) and another where he sexually assaulted after they had separated.

Shortly after his divorce from Ivana, Donald Trump marries his long time mistress. Of course, right before the wedding he tells People magazine he would “never marry Maples” because he has “too many other girlfriends” to look after. Well, I’m sure you will be shocked to learn that, reportedly, Donald Trump was extremely unfaithful to Maples. Then, in a moment of extreme hypocrisy, Trump decides to divorce Maples when he finds her “together” with one of their longtime bodyguards. Message clear - Donald is allowed to cheat, Donald’s wife - is not.

But that’s not all! Nineteen other women have come forward alleging stories of sexual harassment and / or sexual assault by the current president. That’s nineteen women alleging that from the 80’s up to as late as 2013 Donald Trump forced them into non consensual sexual encounters.

Right now I really want to say - do you know how much Fox News and Republicans would have lost their shit on President Obama had he been on his third marriage, had multiple stories of cheating against him and then had nineteen additional women alleging sexual misconduct against him?

I mean, seriously? Can you imagine? There would have been conservative rage aneurysms like the world has never seen.

Of course, obviously - I don’t need to say “what do you think conservatives would have said if Obama did it”  because - President Obama wouldn’t have done anything like that!

Multiple cases of fraud have dogged president Trump for decades, there are federal investigations into him for election tampering and an endless backlog of fraudulent business dealings weigh him down, gross nepotism has created a WH that multiple sources report is “chaotic” and “nonfunctional” and a cabinet so corrupt they are dropping like flies.

How many over all scandals has President Trump had in year one of his presidency? Ten? Twenty? Fifty? I honestly can’t remember. It’s too hard to keep up. I am scandal weary and he still has another three years.

I know my conservative allies across the aisle really want to believe that President Obama was a foreign Muslim spy in charge of the Illuminati. After all, you read it on www.hateragemoronsforever.com - so it must be true! And go on ahead and continue to pretend that the reason you hate him is because he is a foreign Muslim spy coming after your guns! Because we know it's probably that other reason - something about the color of his skin? Maybe?

Anyway, what is actually true is that we currently have a President with ties to a real and legitimately evil foreign power. A foreign power that actively works against the best interests of the United States. That's true news. As opposed to fake news such as "Obama is a Muslim spy" and "Clinton family uses local pizza parlor to sell underage sex slaves."

But, you know - thankfully, we didn’t end up with Hillary in office - what what that email scandal of hers! We sure dodged a bullet there! (Note the sarcasm).

Of course, turns out -  Gov. Pence was doing the exact same thing!

And Pence was hacked by parties unknown!

And Pence shared all sorts of sensitive matters and homeland security issues in those emails.