What to think of and do with the stock market plunge 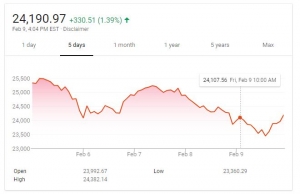 The stock market is not the economy. It is not indicative of the economy’s health. The stock market is a human collective reacting emotionally to news and numbers. It is merely a means to measure the perceived value of publicly-owned companies based on human emotion and expectations. Those perceived values can be overvalued, undervalued or properly valued, and with the Dow Jones Industrial Average dropping nearly 1,000 points the last three days, it seems stocks were overvalued.

Why did stocks fall?

Stocks are overvalued when things are going right. A lack of volatility over the past few years has culminated in a perfect storm that’s seen the VIX -- the stock market’s most popular measure of stock volatility -- rise more than 300 percent in a month.

“One big change affecting the market is interest rates, which have climbed sharply in 2018 to multiyear highs in the U.S. and around the world as economies have picked up steam,” Ed Carson writes for Investor’s Business Daily. Higher interest rates mean higher borrowing costs, which result in people consuming less. Much of the stock market’s recent losses are tied to an expectation that consumers will be spending less in 2018.

What to expect from the stock market in 2018

Don’t expect the stock market to continue providing 2017 rates of return, and with interest rates likely to increase, bonds aren’t necessarily the best place to put your money, but not the worst either.

What’s the best approach for investing in 2018? 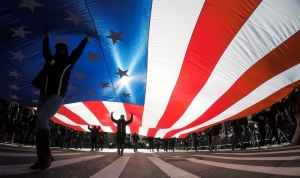 The president last week suggested that the nation establish a yearly military parade to honor the service and the sacrifice of the current military and our veterans.  He spoke of it as “a unifying moment for the country.” Almost immediately, the Trump naysayers jumped all over the idea as nothing more than “pandering patriotism.” “Tanks, but no tanks,” was the opinion of the Washington Post.

Former Obama State Department spokesman and retired Navy Rear Admiral John Kirby ripped the idea by saying: “This is just beneath us as a nation. We are the most powerful military on earth. We don’t need to be parading our military hardware down Pennsylvania Avenue to show that to anybody.”

I personally think a number of Trump ideas are a little loony, but in this case, he is right on the mark. America has done a poor job honoring those who served in the military. The only voices who are “pandering patriots” are the numerous chick hawks who dodged the draft yet go around with the American flag on their lapel telling us to “stand up for the USA,” as they ran for the foxholes when service to their country called.

Remember former Vice President Dick Cheney’s response when asked why he didn’t serve his country in the military? In 1989 he told the Washington Post, “I had other priorities in the ’60s than military service.”  His unpatriotic attitude is mirrored by many current members of congress who often used every trick in the book to avoid serving in the military.

Many congressmen think wearing an American flag lapel pin is some kind of fashion statement. But that doesn’t cut it to the thousands of Americans who have dedicated a portion of their lives to public service. Dwight Eisenhower and John F. Kennedy never wore lapel pins. Sen. John McCain, who was tortured for five years in a Viet Cong prison, doesn’t feel it necessary to wear his patriotism on his suit coat.

And how about General John F. Kelly, Trump’s current chief of staff? He served over 40 years in the military, fighting in the initial invasion of Iraq and in Desert Storm. And he’s a Gold Star father as his son, serving in the Marines, was killed fighting in Afghanistan. When asked why he doesn’t wear a flag pin, he responded: “I am an American flag.”

The message here is that wear a flag if you wish, but do not think this gesture substitutes for active public service to your country. Particularly in Louisiana, we need to honor those who have given so much for our freedom. The Bayou State has an exceptionally high number of war casualties who died in Iraq with 41 National Guard soldiers alone from the 256th Infantry Brigade Combat Team based out of Lafayette and Shreveport.

I enlisted in the 256th Infantry Brigade back in 1967. I was just out of Tulane Law School and beginning my law practice up in Ferriday, Louisiana, with my first child on the way.  Since I was over 26, I was draft exempt. But I volunteered anyway serving both in the Army and 12 years in the Louisiana National Guard. Hey, I didn’t consider myself anything special. It was what thousands of Americans did. It was, to us, the American way and a call to duty.

The nation has numerous celebrations and parades on a local level for Veterans Day (November 11th) and Memorial Day (last Monday of the month), but there is no national military parade honoring those who served. You are right Mr. President. The world needs to see that America rallies around our military on a special day with a full review of all branches of the nation’s armed forces.

Veteran’s Day in November would be my suggestion. This year would celebrate the 100th anniversary of the end of World War I. A national military parade down Pennsylvania Avenue on November 11th?  I’ll be there joining thousands of others who volunteered to serve.