The Problem with Millennials is their Parents Never Changed the Channel 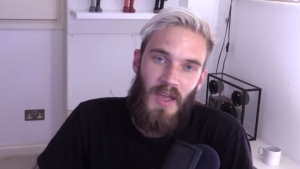 Each generation is raised less and less by its parents, who are stretched so thin they both have to work full-time, if they're still together at all (half aren’t). They trust their children’s upbringing to a drastically underfunded education system, upon which just three percent of America’s $3.95 trillion budget is spent, and that includes funding for training, employment and social services as well.

U.S. spending on education declined three percent from 2010 to 2014 despite schools already scraping the bottom of the job applicant barrel because they can't afford to pay living wages. Students know that so avoid going into teaching, leaving fewer and fewer adequate teachers to educate let alone raise kids. That’s why manners and civility have gone out the window, too, because teachers are just trying to make it through the day instead of checking the bad behavior of their students. Teaching is hard enough without having to play parent, too.

The problem with Millennials is their parents never changed the channel. If Generation X was raised on television, Millennials are being raised on YouTube. Basically, it would be like Gen Xers growing up having watched nothing but America's Funniest Home Videos and reality TV with no budget or production crew or mission besides clicks and follows hosted by vain, selfish seekers of celebrity. Mister Rogers has been replaced by a pervy-looking guy going by PewDiePie who was dropped by Disney for posting anti-Semitic videos.

Now that there's nothing governing media production or publication, and nothing stopping anyone from publishing whatever strikes their fancy, there’s a lot more content, both entertaining and educational, available to consumers. There’s no shortage of educational options out there for parents. In fact, there’s more quality, educational content available than ever before. But there’s also more content being created strictly for entertainment purposes, and parents are glad to let children choose their own channels because it gets them out of parenting, so they can selfishly change channels on their own screens.

The children of my generation knew better than to change the channel because our parents parented in single-screen households. Sure, we’d sneak in an episode of Beavis and Butt-Head or South Park when our parents weren’t watching the tube (or us), but we also watched what our parents watched when they were watching television. Our first fight over the remote let us know we had no choice in the matter. Nowadays children aren’t losing that first fight over the remote. There’s no one dictating the content consumption of children, and the children are worse for it.

By the time kids are physically able, they’re holding a screen the size of their face that diverts their attention, and parents are giving up the channel changer as soon as possible, trusting in child-safe, software features that do nothing to govern content quality (until recently), only quantity of explicit content. Children dictating their content consumption undermines parents’ ability to effectively parent because of the availability of alternative screens and means of accessing that content.It used to be when you were grounded you didn’t have access to screens, and some parents are still taking phones and tablets and computers away as punishment for bad behavior. And kudos to them for doing so, but these screens are a part of our education system now. iPads are first-grade tools not unlike chalk and chalkboards, and the more these devices are accepted as everyday accommodations, like televisions were, the more children will abuse the availability of those tools.

Just think of how few people get their news from actual newspapers anymore. We’ve abused our privilege of the free press to the point we’ve actually forced the free press to give us a better reason why we should consume their content besides simply knowing the truth. Television news used to tell truths, too, until capitalists realized entertaining content—not educational content—produces the most capital, turning Edward R. Murrow from news reporter to entertainment reporter.

The problem with Millennials stems from the problem with capitalism with regards to education. That is, an educated workforce results in less capital produced, while an entertained workforce results in more capital produced. It is not in the interest of the haves to educate the have nots but to entertain them just enough for them to be content with what they have. That was the playbook followed by slave owners, and it’s the playbook followed by the ruling class to this day.

The fact that the production of entertainment comes cheaper and cheaper with every screen placed into the hands of children throughout America satisfies the capitalists just fine. But it’s well past time for parents to change the channel for their Millennial children if they ever want their kids to consume content that educates. Kids aren’t as likely to find that content on their own.

If you like this, you might like these Genesis Communications Network talk shows: The Costa Report, Flow of Wisdom, America’s First News, America Tonight, Bill Martinez Live, Korelin Economics Report, The KrisAnne Hall Show, Radio Night Live, The Real Side, World Crisis Radio