Why do we have hate crimes? 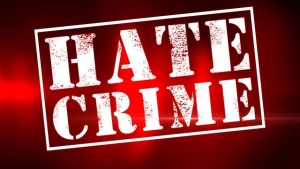 The horrific Pittsburgh synagogue shooting that left 11 people dead last week was, for good reason, called “the deadliest anti-Semitic attack in U.S. history.” It was a ghastly crime of appalling proportions. Robert Bowers is charged with 11 counts of using a firearm to commit murder and multiple counts of hate crimes. If he is convicted, as he most assuredly will be, then the death penalty would, and should, be fully justified.

“The crimes of violence are based upon the federal civil rights laws prohibiting hate crimes,” said Scott Brady, U.S. Attorney, and Bob Jones, the FBI special agent in charge of the Pittsburgh office. Brady further avowed that Bowers could face the death penalty if he is convicted of a hate crime.

So, what’s a hate crime you ask?  If someone is premeditatedly shot and killed, that’s commonly murder. When you’re dead, you are dead, and there is a strong penalty for that; generally, life or the death penalty. But hate crime supporters want more than justice. They want vengeance.

Under federal law, one can be charged with a hate crime if the crime was motivated by hatred involving race, religion, national origin, color or sexual preference. Penalties for crimes against these groups already exist, but under the law such crimes are enhanced by what’s in the perpetrator’s mind. What ever happened to double jeopardy?  Simply put, a prosecutor can bring charges not only for an accused’s conduct, but they also can go after him for his thoughts. In the Four Lads song, Standing on The Corner, Watching All The Girls Go By, there is the lyric, “Brother, you can’t go to jail for what you’re thinking.” Well, in the case of hate laws, apparently you can.

Having deeply troubling concerns over a thought police is nothing new.  George Orwell’s novel, 1984 paints a disturbing and chilling scenario where one can be accused of a crime, arrested and prosecuted merely for thoughts in your mind. “The thought police would get him just the same. He had committed… the essential crime that contained all others in itself. Thoughtcrime they called it… Sooner or later they were bound to get you.”

Have you ever gotten so mad and pent up that you went into a rage and said things you really didn’t mean?  “That sorry, no count blank, blank, blank, blank!  I’ll get even with him!” Have you ever used a racial slur? Oh, no, you say.  But then, upon reflection, maybe you did once or twice. Does that make you a racist?

If there is supposed to be equal justice under the law, shouldn’t the punishment be based on the crime, and not on who the victim is?  If a deranged killer opens fire in a shopping mall, is this less of a crime than a maniac opening fire in a club filled with African Americans or gays?  Otherwise, when a life is taken, aren’t we making a determination that that the lives of one particular group have greater value than the lives of another group? Isn’t it a fundamental principle of a democracy that the punishment fits the crime, not the victim?

Ayn Rand wrote about the divisiveness that takes place when preferences are given under the law. “There is no sure way to infect mankind with hatred – brute, blind, virulent hatred – than by splitting it into ethnic groups or tribes.”

Freedom in America means the freedom to have bad thoughts.  I may not like what you are thinking, but ideas alone should not be a crime.  A criminal should be punished for bad acts, not bad thoughts. James Madison said it well: “We have extinguished forever the ambitious hope of making the laws for the human mind.”