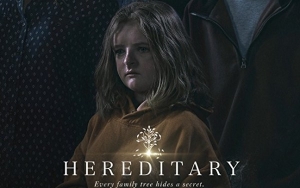 It’s that time of year again - where pumpkins are carved up, gutted and massacred. Where kids dress up and beg for candy - from strangers! And let’s not forget - Halloween just wouldn’t be Halloween without at least one news site running a, “Watch out for razor blades in those apples” story.  (Hint: You’re more likely to get mauled to death by a goat then you are to get a razor blade in your apple).

And that means there will be an inevitable flood of lists of movies to watch for Halloween! Hell, even I wrote one last year called Underappreciated Horror Films for Halloween. I took the idea that most such lists have all the usual suspects: take your pick of a franchise - Nightmare on Elm Street, Child’s Play, Paranormal Activity, Scream, Friday the 13th, Saw, Halloween, Hellraiser, [Insert Random Name] of the Dead, etc., etc. Throw in the obligatory mention of The Exorcist, The Texas Chainsaw Massacre and The Shining, add another Stephen King adaptation for good measure, class it up with some vintage black and white: Creature from the Black Lagoon, Dracula, Frankenstein and toss in whatever is currently hip and popular with the cool kids these days, such as -- It Follows and Babadook.

But, also, kind of boring.

And so I’m back with another list of underappreciated horror films for your Halloween viewing terror! Don’t get me wrong, there are plenty of movies in the aforementioned list that I adore. But there are a lot of great horror movies that slip under the radar. If you are a true horror film aficionado there probably won't be much here you've not heard of. But for most movie folk this should be a nice list of underappreciated horror films you may dig.

The trailers were meticulously screened to avoid spoilers. No, seriously. I watched multiple trailers for all of these movies and selected ones that were cool but vague and non spoilerific!

Also, I just recognized that this year AND last year - most of my film selections were written by men, and all of them were directed by men. Hmm. I'll make sure future lists have more diversity. So, I'll work on that.

With that being said, some of my new favorite underappreciated films -- presented alphabetically:

Better Watch Out (2016): The movie's tagline says it all: On a quiet suburban street, a babysitter must defend a twelve-year-old boy from intruders, only to discover it's far from a normal home invasion. So, very true. =) Better Watch Out is a delightfully sinister Christmas horror film! The three young, unknown (to me) actors: Olivia DeJonge, Levi Miller, Ed Oxenbould are all well cast and will probably go on to bigger and better things (a quick IMDB search tells me they have). The film was mildly loved by critics but largely ignored by audiences. I haven’t found a trailer that didn’t ruin some of the film’s surprises so I would ignore them all if I were you.

The Blackcoat’s Daughter (2016): Often described as a "slow burn of a film," a phrase I typically dislike, because most folks equate that wording with, “Boring, but kind of interesting.” Instead I would describe The Blackcoat’s Daughter as a dark atmospheric exploration of loneliness. With some devil worship. The ending appears to have been largely misunderstood by critics and reviewers alike and without spoiling anything, I will say that any other interpretation other than, “holy fucking evil tragedy,” is wrong.  All three of the female actors Emma Roberts, Kiernan Shipka and Lucy Boynton do fine work but I would say Kiernan Shipka pulls off an extraordinary take on the affected, especially since I always found her younger years as an actor on Mad Men, fairly inconsistent (she played young Sally Draper). Originally released as, “February” the film has been renamed for streaming and DVD.  Official HD trailer for the Blackcoat’s Daughter.

Bone Tomahawk (2015): Kurt Russell. Sweet mutton chops. Western. Bloody vengeance. You read that right! Bearing the same badass mutton chops he flaunted in Tarantino's (kind of overrated) Hateful Eight, Russell steals the show as hard as nails Sheriff Franklin Hunt. The over all plot will certainly be familiar to anyone who’s seen a western before, but the tone of the film works well and carries the story to an effective, brutal ending. Nominated for and winner of - multiple indie / horror awards including the Independent Spirit Award, the Saturn Award and the Fangoria Chainsaw Award where Russell won for Best Actor. Official trailer #1 for Bone Tomahawk.

Compliance (2012): Based on the shocking true story, Compliance is a fairly accurate recreation of truly fucked up events that unfolded in the back of a Kentucky McDonald’s. Much like 2011's Martha, Marcy, May, Marlene the film is a non supernatural psychological thriller but, in essence - is a real horror film. There doesn’t have to be a supernatural presence, or a murder, in order for a movie to be down right chilling and horrific and Compliance is both. The premise of the film: A man, claiming to be a police officer, calls a fast-food restaurant and convinces the manager that one of her employees is a suspect and that the manager must strip search the employee. She complies. It gets worse from there. Compliance premiered at the 2012 Sundance Film Festival and was … controversial to say the least. Audience members walked out because they found the movie too disturbing and then there was some kind of screaming match during the film’s Q&A all about the nature of compliance. Ann Dowd, as the manager in question, was nominated for all sorts of acting awards - winning the National Board of Review.  Official trailer for Compliance.

Creep / Creep 2 (2014 / 2017): Writer / actor Mark Duplass, arguably the king of all fucking independent films in the last fifteen years (though he did not invent mumblecore films with The Puffy Chair in 2005 as many have implied, that was Andrew Bujalski with Funny Ha Ha in 2002). Anyway, Duplass pulls off another charming mumblecore-esq role as - the creep? Or is he? Also, this is one of the rare gems where the sequel might be better than the original. Both are found footage films with all the pratfalls that entails but are relatively short at 80ish minutes each and can be watched in one creepy evening. Official Trailer for Creep. And hey now, don’t go watching the Trailer for Creep 2 until you’ve finished Creep!

Hereditary (2018): Okay. I will go out on a limb and tell you that Hereditary is the greatest horror film of the last decade and might be my favorite horror film of all time. Criminally underappreciated actress Toni Collette turns in a powerhouse performance as artist Annie Graham. Her mother has just died and Annie inherits an enormous amount of emotional baggage the threatens her family and her very existential existence. Both Milly Shapiro and Alex Wolff, as her children, are equally mesmerizing. Ann Dowd, mentioned above in Compliance is as universally great as she always is. Hereditary drips with imagery & symbols and heavily explores themes of the title of the film - inheritance. A simple enough premise but executed with unbelievable skill in front of and behind the camera. I hesitate to use the word “masterpiece,” because the word is so over used, especially in film criticism. But, use it I shall because Hereditary is a domestic nightmare, horror masterpiece. Official trailer for Hereditary.

Green Room (2015): Like many movies on this list Green Room was a critic’s darling that underperformed at the box office. Staring the late, great Anton Yelchin and the crazy talented chameleon Imogen Poots. Seriously, I could not believe she was the same woman from the perfect Fright Night remake. The movie is about a punk rock band, the Aint Rights, who find themselves attacked by neo-Nazi skinheads after accidentally witnessing a murder at the skinhead’s club. And who plays the leader of the skinheads? Patrick Stewart, naturally. No, seriously, I don’t know what convinced him to play the role of a skinhead Nazi but the movie gods should be thanked that he recognized the greatness that was about the become the film Green Room! And it’s really, really great. Official trailer for Green Room.

Thoroughbreds (2017): The movie that made me ask, “Um, who the hell is that actress? Because in the next ten years she’s going to be recognized as one of the greatest actors of her generation.” The woman in question - Olivia Cooke. You fine folks might be all like, “Oh, the girl from The Bates Motel - and Ready Player One, yeah, she’s great!” Well, at the time I saw Thoroughbreds Ready Player One had not been released and I had not seen a single episode of Bates Motel - but you can be sure I binged it in the next few months. (And, it’s okay. Cooke's character is very under written and she's underused which is okay since she's not the lead, and the two leads are great in Bates Motel - but that’s another story). Anyway, Thoroughbreds is more of a super dark comedy than a traditional horror film, but they often go hand in hand. I mean, it is a film about murdering one of your parents but, like - in a hip, non trite way. #amiright? As much as I love Angela Bettis in May and Robin McLeavy in The Loved Ones, I think Olivia Cooke’s sociopathic Amanda is the new big girl on the block. Official trailer for Thoroughbreds.

And there we have it. Another list. Hopefully, you’ll see something here that interests you. If you like a lot of films on this list, perhaps check out my list from last year, linked above. More of the same - underappreciated gems.

This years tally of horror: An on screen body count of approx. twenty four but maybe as high as eighty (hard to keep track of as some of the serial killer movies are deceptive about victims). Three movies with decapitations. Two about demons. Two with bad parents. One about Christmas. One on tour. Three, perhaps four (number debatable) about serial killers. Four with female leads. Two found footage. One with Nazis. One based on a true story. And one starring Kurt Russell and those glorious mutton chops.

Better Watch Out (2016), an Australian Horror Comedy film directed by: Chris Peckover and written by Zach Kahn and Peckover.