Vikings lost to Eagles due to lack of offensive line depth 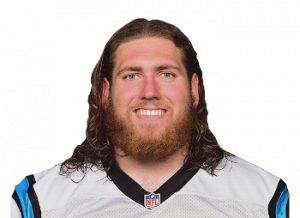 You could say the Minnesota Vikings had no business playing in the NFC Championship Game in Philadelphia after needing a Minneapolis Miracle to get there. But they entered play as the NFL’s best defense in points and yardage allowed and were three-point favorites on the road. They left Philly 31-point losers.

The defense wasn’t the only problem on Sunday, though. Quarterback Case Keenum finally turned into the pumpkin everyone expected this Cinderella season, and Vikings’ general manager Rick Spielman should not ignore the result when addressing the Vikings’ roster at quarterback -- or lack thereof.

Who Should be the Vikings’ Quarterback in 2018?

With 23-year-old Kyle Sloter out of Northern Colorado the only quarterback on the roster going into next season, the Vikings will once again have to answer the quarterback question this offseason. Some would say Keenum has earned the starting job, but given his latest performance, the Vikings should let him test the free agent market.

Upon throwing a pick-six after his arm was hit by Cameron Graham, who beat right tackle Rashod Hill on just about every play, Keenum fell apart. Before the pick-six, Keenum completed four of six passes for 60 yards and a touchdown. Afterward, he completed just 57.1 percent of his 42 passes, gaining just five yards per attempt on average, with no more touchdowns and another interception. That is not the performance of a quarterback worth $21.3 million per year. That was the franchise tag salary for quarterbacks in 2017, and the least the Vikings could pay Keenum to return next season.

With Sam Bradford’s $18 million coming off the books along with 13 other players entering free agency, the Vikings have a little over $60 million in cap space next season. That’s enough to do more than just retain two of their three quarterbacks, and with Kirk Cousins and Drew Brees potentially available in free agency, the answer to the quarterback question is even more difficult.

Keenum, on the other hand, will be considerably over-valued on the free agent market, and will likely be overpaid by a desperate team. The Vikings would be smart to let him go elsewhere and pay the undervalued Bradford and Bridgewater to return. But if Spielman does intend to bring back Bradford to start and Bridgewater to back him up, he best protect his injury-prone investments.

The additions of tackles Riley Reiff and Mike Remmers vastly improved the offensive line play of the Vikings. As of Week 5, Pro Football Focus ranked the healthy Vikings’ O-line 20th overall and 15th in pass-blocking, after finishing last season ranked 23rd in pass-blocking. But the Vikings’ offensive line wasn’t healthy going into the NFC Championship Game, and the Eagles showed the value of having the league’s top offensive line, keeping Nick Foles upright and, at times, allowing him seven seconds to throw the football against the Vikings’ four-man, pass rush.

While the Vikings offensive line improved in pass protection, run blocking was still an issue, which isn’t something Spielman must address with running back Dalvin Cook coming back from injury. But if Bradford and Bridgewater are his quarterbacks, he’ll want to add some depth to the offensive line if he hopes to keep either of them healthy. Playing Remmers out of position at left guard in the NFC Championship Game and forcing backup Sharod Hill to take on the Eagles’ sacks leader probably wasn’t how Spielman drew it up prior to the season.

Spielman will likely have another hole to fill on the offensive line, too. Right guard Joe Berger has hinted that he intends to retire. With a lack of interior, offensive lineman available through free agency, it’s likely Spielman and the Vikings will address the offensive line through the draft. R.J. White and Chris Trapasso of CBS Sports think Spielman will target the former college teammate of Pat Elflein, Billy Price. But if Spielman can save some money by retaining the undervalued Bradford and Bridgewater, he could potentially sign the best guard in football.

Carolina’s Andrew Norwell, 26, is an unrestricted free agent this offseason, and lining him up next to the second-year center Elflein and the veteran Reiff (or Remmers) would certainly increase the chances of Bradford and Bridgewater staying healthy and effective. Spielman could then address the issue of depth through the draft, even selecting Price and easing him into a starting role so he’s ready when Nick Easton becomes an unrestricted free agent after next season.

The Rest of the Vikings’ Roster

It’s time to let the soon-to-be-40 Terrance Newman ride off into the sunset, while 33-year-old run-stuffer Tom Johnson should probably be retained given the lack of availability at his position in free agency. There’s no one on the depth chart behind him at left defensive tackle, and he could be retained at a reasonable price.

Marcus Sherels made $2 million to catch kicks this season, and at 30, averaged just 9.5 yards per punt return -- down from a career high of 13.9 yards per return last season. That position is better filled by a young draftee and likely will be.

Jerick McKinnon wants a bigger role running the ball and has likely played his last game in purple and gold, while kicker Kai Forbath probably earned a raise with his play in the Divisional Playoff Game against New Orleans.

The Vikings are so close to contending for a championship, and adding a guy like Norwell should put their offensive line in the top third of the league and protect the brittle Bradford and Bridgewater. Depth is the biggest concern, and given Spielman's success using the draft to add talent, the Vikings should enter next season even better than this season.