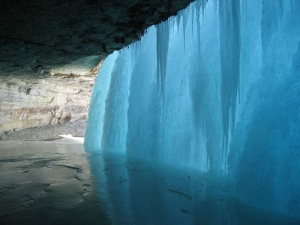 Another year, another Midwest record breaking cold front. The National Weather Service issued wind chill advisories, freeze warnings and an approaching “arctic cold front” to a large portion of the country ranging from mid Texas to Canada and from Montana through New England.

Of course, if you live in the Midwest, like I do, you’re already familiar with the cold as we’ve all been living with it for more than a week now. Just last week GCN’s guest medical columnist Dr. Daliah Wachs wrote “How to Prevent Hypothermia” anticipating the cold front.

Last week temperatures in MN plunged to -37C making my home state colder than Antarctica (-16C) and even colder than parts of Mars. Author Andy Weir knows what we are going through -- he writes in his novel, “The Martian:”

“And thanks to decades of reconnaissance by Curiosity, Opportunity, and the rest of NASA’s band of merry Rovers, we know most of what astronauts will need to survive on Mars once they get there: souped-up spacesuits to protect against massive dust storms and sub-freezing temperatures; tons of freeze-dried food; housing pods that can shield against radiation; and a big drill to unlock the frozen water beneath the Mars surface. It’s not easy living, but not too unlike, say, Minnesota.”

Thanks, Mr. Weir! We Minnesotans will keep that in mind. =)

Anyway. Stay warm. Keep your pets indoors or keep their outdoor activities to the bare minimum, and dream of warmer days.

They are not so far away.