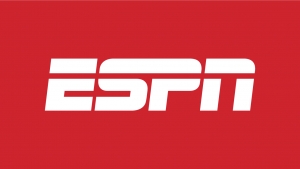 A few months ago I wrote about how sports fans can save more than 50 percent on their cable and internet bills without missing their favorite teams’ games. Much of the savings came in the form of cutting cable and switching to online streaming services like MLB.TV and NHL.TV -- both operated by BAMTech.

Well, Disney is now the majority owner of BAMTech. So instead of enticing cable-cutting sports fans to re-enter the cable fray, ESPN will rely upon a stand-alone streaming service it intends to launch early in 2018.

The move to streaming is a big one for the “worldwide leader in sports,” as ESPN has long depended on cable subscribers paying $9 per month for its four channels -- ESPN, ESPN2, ESPNU and the SEC Network. But the network has lost 10 million subscribers to cable-cutting since 2010. That’s over $1 billion in lost revenue, which resulted in the termination of around 100 online journalists and television personalities.

ESPN executives hope to maximize revenue by meeting the needs of both cable-subscribing and cable-cutting sports fans, and apparently they know who’s who.

ESPN’s acquisition of majority ownership in BAMTech gives them access to the cable-cutting sports fans it’s lost, who are generally fans of sports not often televised nationally. ESPN will now get 75 percent of revenues from MLB.TV, NHL.TV and MLS Live, the Major League Soccer streaming service.

Also available via the ESPN streaming service will be the typical collegiate games available on the WatchESPN app, but not those televised on cable channels. Grand Slam tennis matches will also be streaming live.

Monday Night Football will still require a cable subscription, though. But if you live in the market of your favorite NFL team, a $25 digital antenna will get you most of their games in HD. Watching the NBA will also require either a cable subscription or NBA League Pass.

So what does this all mean for cable-cutting sports fans? Nothing really. It just means the majority of their money is going to ESPN rather than BAMTech. And while ESPN could roll MLB.TV, NHL.TV and MLS Live into its one streaming service and require customers to pay for all three streaming services, that’s likely a recipe to lose even more subscribers.

The real potential of the streaming services to ESPN is the advertising potential. If you’ve ever watched a game on MLB.TV, NHL.TV or MLS Live, you’re likely familiar with the “Commercial break is in progress” screen. This screen will likely appear less and less given Disney’s fat Rolodex of advertisers.

So not only will ESPN take back some of the 10 million cable-cutting sports fans it’s lost since 2010 via streaming services, it will also profit from filling the plethora of commercial breaks that have gone unfilled since the advent of sports streaming services. It should be a big win for Disney, and shouldn’t cost cable-cutting sports fans a penny more -- unless they see something advertised they just have to have.

If you like this, you might like these GCN talk radio shows: Erskine Overnight, Home Talk, The Josh Tolley Show, The Tom Chenault Show, The Tech Night Owl, The Dr. Katherine Albrecht Show, Free Talk Live, View From The Couch