Why baseball players and fans are so superstitious 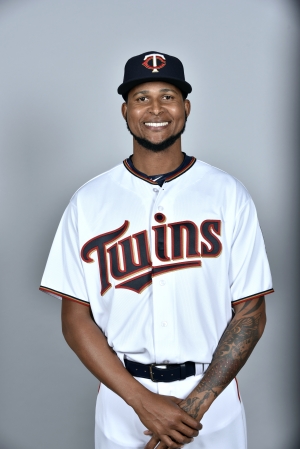 During Saturday’s wild game between the Minnesota Twins and Detroit Tigers, Fox Sports North color commentator Torii Hunter revealed that if he got three hits in a game he’d wear the same dirty underwear in the following game. That probably doesn’t surprise most baseball fans given the long-standing superstitions associated with the game and its players.

This was originally published at FoulPlaybyPlay.com, a community for foul-mouthed, sports broadcasters and bloggers.

Buster Olney discovered that former Minnesota Twin Justin Morneau visited the same Jimmy John’s restaurant on Grand Avenue in Saint Paul, Minn. and ordered the Turkey Tom with no sprouts before every home game, washing it down with a red or orange slurpee mixed in equal parts with Mountain Dew. Pregame meal rituals hardly scratch the surface of superstition in baseball, though.

Some baseball superstitions are practiced by just about every player of the game, whether it be in little league or the Major Leagues, for no reason and with no reasonable explanation offered. Why baseball players avoid stepping on the baselines when taking the field is inexplicable. There’s no story of its origination. It’s such an old superstition it’s prehistoric in baseball years.

A reasonable explanation for not stepping on the baselines would be so you can see them, so there are no questions as to whether a ball is fair or foul, or whether a runner is inside the baseline. Preservation of the game’s playing field and its beauty is a logical reason for avoiding the baselines, much like replacing divots and raking sand traps on a golf course. But there’s no reason required for superstition to arise, except that acknowledging and engaging in the superstition resulted in a desired outcome.

A more likely explanation for the baseline avoidance superstition is that a player used it to explain his uncharacteristic or sudden success to his teammates, either jokingly or seriously. The player might not have known why he was hitting. If he hasn’t made any adjustments, the failures of opposing pitchers could be entirely responsible for his success. But you can’t tell your teammates the reason you’re hitting is because opposing pitchers -- those same opposing pitchers your teammates see -- aren’t any good. So you say, “I haven’t been stepping on the baselines when I take the field. Maybe that’s it.”

Eventually, a desperate teammate sinking into a slump will think, “It can’t hurt, right? Hell, it’s not even going out of my way. It’s not like I have to bunny hop over the baseline. Nobody has to know.” Since all baseball players go through periods of desperation, other teammates adopt the superstition in the same way, having told no one until their fortunes improve, and they’re asked to explain their success. Before the game is over everyone on the team is hopping over the baseline in unison as they take the field.

Superstitions provide an illusion of certainty in a most uncertain game. How uncertain? There are 18 symbols used to describe the outcome of a plate appearance when keeping score of a baseball game. Even without considering the nearly 300 pitches thrown in a nine-inning, Major League Baseball game and the possible outcomes of each pitch, the number of possible outcomes for every plate appearance is indicative of the immense uncertainty of baseball and why so many of its players adopt superstitions.

Thinking of sports as video games further explains baseball’s uncertainty and the penchant for players to adopt superstitions. If we were to consider the code used to write a basketball video game, the user’s input to pass to a teammate would trigger a question or series of questions the computer answers with either true or false. That question might simply be, “Is teammate X open to receive a pass?” If the teammate is open, the answer is true, and the pass is completed. On a shot, if the user doesn’t execute the input properly, the answer from the computer to whether the shot is true or false will be false, and the shot missed.

A baseball video game is also dependent on the user’s ability to amass “true” answers, but the degree to which those answers are true determines which of the 18 possible outcomes occurs during each plate appearance. The questions answered by the computer that would result in a home run, for instance, might be: “Swing timing? Truest. Swing location? Truest? Point of contact? Truest. Swing result? Home run.” For a ground ball to the second baseman by a left handed hitter, the questions and answers might read: “Swing timing? Early. Swing location? High. Point of contact? Out in front. Swing result? 4-3.

You can make or miss a pass or shot in basketball, soccer and hockey. You can swing and miss in baseball, or swing and hit the ball in or out of play, for an out or a hit, or an extra-base hit, or a home run. Or you can do nothing at all and still end up on first base. And that’s just considering what you can do when you’re at-bat. There are even more opportunities for inexplicable outcomes while in the field.

Pitchers are the most susceptible to inexplicable outcomes, though, which is why they tend to be the most superstitious of all athletes. Mark “The Bird” Fidrych had to throw to the same catcher every time he pitched -- a superstition that’s now a common tactic taken by MLB teams. Turk Wendell is probably the most superstitious athlete of all time. He ate black licorice during games, performed a kangaroo hop when he completed an inning, brushed his teeth between innings, wore number 99 in honor of Charlie Sheen’s Major League character Rick “Wild Thing” Vaughn, and demanded his salary ended in 99. A contemporary example would be Minnesota Twins starting pitcher Ervin Santana, who smells the baseball deeply before towing the rubber.

Pitchers are more likely to adopt superstitions because having an unreasonable explanation for inexplicable outcomes can be healthier than searching for a reasonable explanation. Flares, seeing-eye singles and the dreaded broken-bat blooper can turn a well-executed pitch into an inexplicable outcome. There’s likely nothing more frustrating for players and fans than a pitcher making a good pitch and getting the desired result only to see the ball land softly between three defenders for a hit. You and he are probably thinking the same thing: “Shake it off. That’s just dumb luck. Throw another one just like that.”

But there’s rarely just one inexplicable outcome with which a pitcher has to deal per game. So when the pitcher breaks another bat that results in another hit, and then soft contact results in another hit, and another, he’ll eventually attempt to explain the inexplicable outcomes in an effort to stop them -- unless he already knows the reason for the outcomes -- however ridiculous that reason might be.

Likely the most famous, fictitious instance of baseball superstition, Ebby Calvin “Nuke” LaLoosh starts wearing garters and begins pitching like a big leaguer. In his first start sporting the lingerie, he’s more worried about whether he’s queer for enjoying the “sexy” feel of the underwear than he is about his pitching. It’s a perfect example of how superstition plays a pivotal role in getting a player’s mind off the game so he can resort to more basic instincts and the athletic ability that got him to the big leagues in the first place. “Don’t think, just throw.”

Athletes aren’t the only ones looking for answers to explain inexplicable outcomes. Fans want answers, too, and generally go looking for them in the same manner as athletes who don’t subscribe to superstition. They blame themselves.

It’s all rather vain. We sports fans want to feel important. We want to feel like we’re part of the game and play a role in its outcome, even from the couch in our living room. So when the team loses it’s because we did something wrong as spectators. We wore the wrong clothes, sat in the wrong seat, ate the wrong food, drank the wrong drink or watched with the wrong crowd. The same superstitions players employ in an effort to get through the game are the same ones adopted by fans to do the same. If fans didn’t take sports so seriously, there’d be less superstition. But fans are fanatical.

As a fan, I subscribe to multiple superstitions. If my team wins, I wear the same hat until they lose, and then I change it. When football season starts, I’ll pull out my Minnesota Vikings Randy Moss jersey and wear it during the game. If the Vikings win, the jersey remains unwashed, hanging in the closet awaiting the next game when it will be donned again. The jersey doesn’t get washed until a Vikings loss occurs, which also requires me to don the Daunte Culpepper jersey. A losing streak forces me to break out my favorite Warren Moon t-shirt, and if the Vikings lose three in a row, the oversized, reversible Cris Carter jersey gets some air. Another loss and I flip the jersey inside out for next week. During March Madness, I wear the same jersey/t-shirt combination for every Duke game and don’t wash either until the Blue Devils are eliminated. So in 2015 and 2010 the ensemble was worn for six games before seeing the washing machine. I do make a point of taking off those clothes as soon after the game as possible to preserve some semblance of cleanliness.

There’s a new superstition I’m considering. On Sunday, Aug. 6 (published Monday), I pitched five trades my Minnesota Twins could have made in June to save their July. The Twins didn’t lose again until Saturday, Aug. 12, when I made the mistake of tweeting that watching the Twins was like watching that montage of the winning streak in Little Big League. They had erased a 5-0 first-inning deficit only to lose 12-11 via a walkoff home run by Justin Upton. Naturally, I blamed myself.