Sponsored: Turn your body into a fat-burning machine 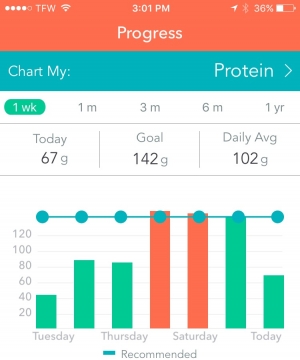 In pursuit of six-pack abs for the first time at 31, I’m learning that what you eat, when you eat, and how much you eat and when are all more important than how much cardio or ab exercises you do. I’ve finally gotten into a groove of feeding myself so my body turns into a fat-burning machine, which is harder but more important than exercising.

What not to Eat

Cut out the right carbohydrates and you’ll be doing your body a huge favor. I never really wanted to believe this because I love carbs -- breads, bagels, pastas, cereals, microbrews and Animal Crackers are my favorite. But six-pack abs don’t show through a carbohydrate gut, and the problem with carbs isn’t that they’re bad for you necessarily, but they make you want more carbs. One serving of Animal Crackers is never enough for me.

I’m not giving up Animal Crackers, though, and you shouldn’t necessarily give up your favorite carbs either. You should just try to limit your serving sizes and try to eat healthier carbs. Whole grains, legumes (beans and lentils) and fruit are rich with carbohydrates but are nutrient-rich, too. Substitute more of those carbs for your Animal Crackers and you’ll eat fewer Animal Crackers.

You can eat more fat than you think, too. I’ve read of diets consisting of 58 percent fat resulting in six-pack abs, and while I wouldn’t recommend it, I also wouldn’t recommend cutting fats to zero. The trick is to trick your body into burning the fat already stored in your body, which requires cutting down on carbohydrates -- not fats. The more carbs you cut, the more body fat you’ll burn, even while you sleep.

Livestrong’s MyPlate app recommends my diet consist of 40 percent carbs, 30 percent fat and 30 percent protein. I’m lucky if my calories from carbohydrates are below 50 percent of my daily consumption, so it’s a process, but I’m making progress. Carbohydrates have been 47 percent of my calories consumed the past three days, with fats averaging 28 percent and protein averaging 25 percent.

My focus has been increasing my protein intake, which is a lot easier than cutting carbs and better allows my body to burn fat at rest. Protein, protein and more protein is the recipe for six-pack success. Just like any other muscle, your abs require protein to grow. Ideally, you’d consume a gram of protein for each pound you weigh, but that can be really difficult and expensive to do. I can’t afford fresh fish, so I eat canned tuna (mixed with cottage cheese instead of mayonnaise or Miracle Whip for sandwiches). I can’t afford red meat, either, so I resort to eating a lot of eggs. My budget is likely why my diet consists of so many carbohydrates, too. But I have three types of artillery to boost protein intake.

How Much to Eat and When

I keep three different powdered proteins on hand at all times. Two tubs of whey protein -- one chocolate and one vanilla flavored -- are used everyday. Both of the Body Fortress Super Advanced Whey Protein powders taste pretty good but are at least 200 calories per serving despite offering 30 grams of protein per scoop, so you can’t use them to replace protein in your diet. That’s just silly. They’re called supplements because they supplement your diet, which is exactly what I do.

I’ll have one milk-based, whey protein shake with breakfast. It’s the most important time besides post-workout to shock your system with protein (and water...you should drink two glasses within an hour of waking). Breakfast should be your largest meal of the day by far, with lunch next largest and dinner the smallest in terms of calories. My breakfast of a fried egg and two slices of banana oatmeal toast was roughly 677 calories this morning thanks to my milk-based, whey protein shake. My lunch was less than half the calories of my breakfast.

I also consume a milk-based, whey protein shake post-workout or before bed if I don’t workout. Recovery days are important, too, but pre-workout is also an important time to consume protein. So I’ll also make a fruit smoothie using hemp protein powder to cut back on calories. I recommend Nutiva Organic Hemp Protein, which provides 11 grams of protein per 80-calorie serving. I mix it with whatever fruit I have around and add a little Tampico punch (which is really cheap and low in calories) just to thin out the smoothie because the hemp protein is more grainy than the whey.

Altogether, my protein powders run me $1.68 per day, or $47.04 per month, which is $564.48 per year. I know that sounds crazy, but considering what I’d otherwise spend on less healthy snacks, it’s an investment I’m willing to make until I can afford to eat more protein-rich meals. Whey protein is actually third on Strong Lift’s top-10 list of cheap proteins behind tuna and eggs, so it’s not all that expensive.

So thanks to my protein powders, I’ve managed to consume at least 142 grams of protein the last three days (going on four). While that’s 30 grams light of my target of consuming a gram of protein per pound of body weight, 142 grams of protein per day is the recommended goal set by Livestrong’s MyPlate app for someone my size, age and gender looking to lose one pound per week. This will be the first time I’ve done it for an entire week, and I’ve got to say I can feel my body appreciating and responding to my efforts. You too can turn your body into a fat-burning machine. 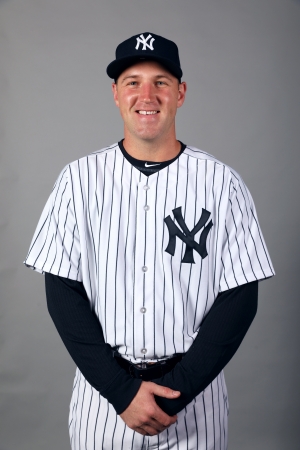 While it has been said by me that Falvey and Levine waited too long to make a move to improve their team, they appear to have fleeced the Atlanta Braves when trading for Jaime Garcia. The Twins flipped rookie-ball pitching prospect Huascar Ynoa to Atlanta in exchange for Garcia and the entirety of his remaining contract -- a little more than $4 million.

Garcia made one start as a Twin and was traded to the Yankees on Sunday. Falvey and Levine were again willing to take on most of Garcia’s remaining contract with the hopes of landing better prospects. That willingness to spend paid off, as the Twins landed AA right-hander Zack Littell and AAA lefty Dietrich Enns.

Mike Berardino of the Pioneer Press pointed out that Littell’s xFIP is first amongst Eastern League pitchers with at least 30 innings pitched. Parker Hageman says Littell’s curveball is a plus pitch, and the move toward devastating curveballs rather than overwhelming velocity has become commonplace for analytical baseball minds. Littell would have been a huge score for the Twins without Enns. He’s is averaging 10.6 strikeouts per nine innings, and 6.5 strikeouts per walk with AA Trenton. ESPN analyst Dan Szymborski thought the Braves should be annoyed with the Twins for scoring such a nice prospect with their former player.

Enns is just a big bonus for a team that’s closer to competing than expected. Enns boasts a four-pitch mix and has been fantastic at every minor league level. His WHIP has never been higher than 1.214, and his K/9 has never been lower than 6.9. He was striking out almost one batter per inning with AAA Scranton/Wilkes-Barre and could get a cup of coffee with the Twins when rosters expand. Hell, he could take Kyle Gibson’s spot this year.

The 2018 Twins rotation returns just Ervin Santana and Jose Berrios -- so far. Santana could very well be traded by the time I finish writing this. It’s safe to say Hector Santiago and Kyle Gibson are done, and we don’t know if Phil Hughes will ever pitch again. This pair of moves by the Twins pair of rookies in the front office gives the Twins some pieces to create competition for rotation spots in Spring Training next year.

So a team in desperate need of young, controllable starting pitching traded for a rental, and then traded that rental for exactly what it needs. Both Littell and Enns could be big parts of the Twins rotation in a couple years, along with Jose Berrios and Adalberto Mejia, and perhaps, AA Chattanooga's Fernando Romero and Stephen Gonsalves.

With the addition of Littell, the Southern League’s best Lookouts have a pitching staff worth seeing. That includes recent relief addition Gabriel Moya via the trade of AAA catcher John Ryan Murphy, who was once Aaron Hicks until Terry Ryan…

I digress. If Falvey and Levine keep this up, they will have turned around the Twins in short order. If Miguel Sano and Byron Buxton improve upon their already impressive performances this season, Minnesota will be in the playoff conversation for a long time given the pitching Falvey and Levine have and will continue to acquire.

Closer Brandon Kintzler is going to be traded before the deadline, probably for another pitching prospect. But the Twins could sign Kintzler and a whole lot more in free agency this offseason. Minnesota is a pitcher’s paradise as long as Buxton roams center field (18 runs above average fielding), Max Kepler gallops through right (5 RAA fielding), and, now, wherever Zack Granite is (20 BIS runs saved above average per year in center). Granite has forced his way into the lineup by playing a premiere position really well in the absence of the best player at that position. He’ll keep getting plenty of at-bats.

Who can the Twins target in 2018 free agency, and who would actually consider it? Jake Arrieta might consider putting his increased flyball percentage in front of a go-get-it outfield. It’s up five percent from last season, and his groundball rate is down seven percent. Hell, Jaime Garcia could return in free agency if he enjoyed his first and last day at work with the Twins. I don’t see any reason why Yu Darvish wouldn’t want to pitch in Minnesota, either. Given Levine’s Rangers roots and the aggressive approach Falvey and Levine have taken in their first year with the Twins, I expect it to continue. These aren’t your father’s Twins.