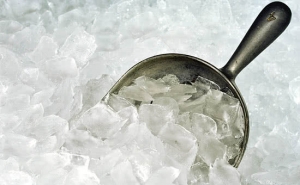 On the TV Show Watchdog, BBC reported more than half the samples tested at food chains including Burger King, McDonald’s and Kentucky Fried Chicken (KFC) contained coliform bacteria, or bacteria that colonize intestines.  Harmful bacteria, such E. coli, however was NOT found according to a spokesperson for McDonald's.

So even though the bacteria discovered would not harm humans if ingested, the potential for a dangerous pathogen exposure is there.

Samples were taken from 10 random store locations for each of the fast food chains.

One theory is the cleaning of the machines and/or handling of the ice is done with direct human hand contact which could have fecal contamination from poor hand washing after bathroom use.

The contamination issues hopefully prompted chains in other countries, such as the US, to reevaluate their procedures on ice and cup handling.