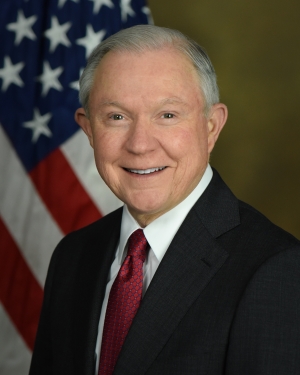 Despite recommendations to resign his post, United States Attorney General Jeff Sessions is preparing potentially the largest bust in the history of the online, drug trafficking market and has vowed to go after the “criminals and transnational criminal organizations” involved in the billion-dollar drug trade on the darknet.

The darknet is a version of the internet reserved for people who take special measures to protect their identity online. In fact, admittance requires users to be completely anonymous. Users most commonly gain access to the darknet by shielding their IP addresses with The Onion Router (TOR) and running virtual private networks (VPNs). Even the money is untraceable, as Bitcoin has allowed for anonymous, online transactions. You don’t have to be as tech-savvy as you think to access the darknet, either.

But how do TOR and VPNs conceal the online identity of darknet users? Usually when you type a link into your web browser, your computer accesses the server of that website directly. TOR creates an onion network that bounces your signal around a bunch before communicating with the website’s server. Think of how Shrek describes himself: ogres have layers, which makes them hard to read. The same is true of an anonymous online identity. This onion network conceals the users’ IP addresses so no one knows who or where they are. Naturally, businesses selling illegal goods and services flourished on the darknet -- until now.

The combined efforts of U.S., Canadian and Thai law enforcement resulted in the shutdown of AlphaBay, the largest darknet website known to be a marketplace for illegal drugs. But the shutdown didn’t stop its users from trafficking illegal drugs. The darknet isn’t so unlike the internet. There are plenty of other websites, so sellers and buyers jumped to another known darknet site called Hansa. Unfortunately for all of them, Hansa was now the bait in a Dutch sting operation.

Three weeks before the shutdown of AlphaBay, Hansa’s secure servers were acquired by the Dutch law enforcement -- in secret. So if you used Hansa after AlphaBay went down, Sessions is coming for you. “You cannot hide. We will find you, dismantle your organization and network. And we will prosecute you,” he said.

But all those people were using TOR and VPNs, so how can law enforcement find them? The cops don’t know their identities or their locations, right? Short answer: not necessarily. It takes a lot more than fancy router firmware and a VPN to remain anonymous online. AlphaBay’s alleged founder, who apparently hanged himself in a Thai prison, was in that Thai prison because of an unprotected email sent in 2014, according to Security Gladiators editor-in-chief Ali Qamar.

I’ve seen Snowden, so I assume just about anyone who bought or sold illegal drugs using Hansa after the AlphaBay shutdown can be found, prosecuted and convicted. If every AlphaBay user committed a transaction using Hansa while being monitored by the Dutch, that’s potentially 240,000 criminals in the short-sighted eyes of Sessions. That’s more potential prisoners than every country in the world except six, and would be more than a 10-percent increase to the U.S. prison population. So is there room in American prisons to house these drug offenders and how much would it cost?

The Darknet Drug Bust by the Numbers

The number of available prison beds in America changes daily with people bonding out or being released on parole or probation. We can, however, use 2015 Bureau of Prisons data to draw a conclusion. There were 196,455 American prisoners under federal jurisdiction in 2015, so it’s safe to say that more than doubling the federal prison population is impossible given the number of prisons operating at or over capacity.

In 2015, 18 states and the Bureau of Prisons met or exceeded the maximum capacity of their prisons. Eight more states met or exceeded the minimum number of beds allowed in their prisons. While the U.S. prison population has decreased 14 percent since 2013, the 1,500 to 2,000 more additional beds for which the Bureau of Prisons is requesting $80 million next year won’t be enough room for the nearly quarter-million criminals Sessions is pursuing on his drug-sniffing steed.

Will Sessions Resign as Attorney General?

Sessions might not lead the posse very long. It seems just about everyone agrees Sessions should resign if it’s indeed true he withheld information from Congress regarding his involvement in Russia’s attempt to alter the 2016 Presidential Election. The prior two U.S. Attorneys General forced to resign were in similarly hot water, but neither were linked to an attempt to alter a Presidential Election. And Sessions isn’t on Trump’s good side, either.

So the biggest bust of drug offenders in history might not be enough to save Sessions’s job, but that doesn’t mean his potential replacement won’t continue his work. While law enforcement’s initial focus should be on sellers who can lead them to the drug lords, that won’t be where it stops, regardless of who serves as Trump’s attorney general.