Twins could trade Escobar regardless of standings 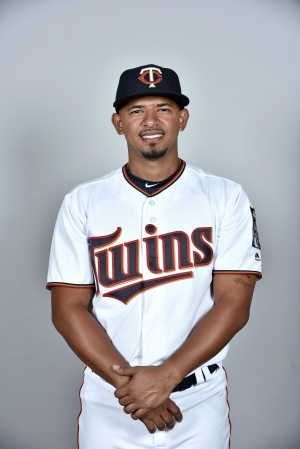 This was originally published at FoulPlaybyPlay.com, a community of foul-mouthed, sports broadcasters providing commercial-free, uncensored play-by-play and color commentary during select games.

The premiere games will be when Jose Berrios takes on Chris Sale in Boston on Monday, and when veterans Ervin Santana and Jason Vargas do battle in Kansas City next Friday. The Twins have to be underdogs in just about all nine of those games, though.

The Twins better hope they get some pitching reinforcements. Right now the Twins are running Nik Turley out there, but they just signed Dillon Gee, so expect him to get a start over that nine-game stretch.

Hector Santiago is getting a rehab start on Wednesday for the Rochester Red Wings, and if all goes well, he could pitch as early as Tuesday against Pomeranz. That could end up being a big game for the Twins and Santiago, who has fallen and can’t get up.

The bullpen could also use reinforcements, and Alan Busenitz doesn’t seem to be the answer. Phil Hughes could also pitch out of the bullpen for Rochester on Wednesday. Expect Hughes to take longer to get back to MLB ready, but he’d be a welcomed addition to the worst bullpen in baseball. If Hughes can even get through a lineup once, he would leave fewer innings for guys like Matt Belisle (5.1 BB/9) and Craig Breslow (5 SO/9). Hughes will likely be forced back up during that brutal nine-game stretch for the Twins whether he’s pitching well at AAA or not.

This is the stretch of games that will turn contenders into sellers. Consider if the Twins go 2-7 over that nine-game stretch. They’d be two games under .500 at best, and with Cleveland’s offense finally taking off (and three more games coming against them) the Twins could be looking up from farther down in the AL Central than the 1.5 games they are entering Wednesday.

The Twins will have 10 more games after the nine-game stretch against playoff-caliber starting pitching to avoid becoming sellers at the deadline. Regardless, you can bet new chief of baseball operations Derek Falvey will be active over his first Trade Deadline. It won’t take much for him to be as active as Terry Ryan ever was.

So who do the Twins move? Santana’s value has plummeted lately, and given the Twins don’t have enough MLB-caliber pitchers to start every fifth day, it’s a safe bet anyone capable of eating innings will be sticking around.

Brian Dozier’s value has dried up a bit, too, which isn’t all bad. He’s still signed through 2018, and at a very reasonable rate next season ($6 million). This offseason or the deadline next season would be a good time to shop him, depending how Nick Gordon performs if he gets a cup of coffee when rosters expand this season. Mike Berardino of the Pioneer Press said it’s a possibility. Gordon would likely push Jorge Polanco to second base.

The most valuable players on the team aren’t going anywhere. Zach Granite can bang on the door all he wants, but Byron Buxton is going nowhere. Neither is Max Kepler, and I doubt Eddie Rosario would be moved given he’s not even arbitration eligible until 2019.

Robbie Grossman is one of the most valuable trade chip the Twins have, and I expect him to be shopped. He’s not an everyday outfielder, but man, can he hit. I think Falvey really likes Grossman. But what’s not to like? His OPS+ is 112, and he’s absolutely wrecking right-handed pitching (6 HR, .435 SLG, .801 OPS). He’s not bad against lefties either (.441 OBP, .741 OPS). He still has the highest on-base percentage amongst designated hitters at .389 and should be an All-star. He has a higher OPS than Hanley Ramirez, Victor Martinez, Mark Trumbo, Albert Pujols and Carlos Beltran. Grossman will be arbitration eligible next year and would be a fantastic addition as a designated hitter for a playoff team, but I can’t expect any of the teams of the players mentioned to make a move for the position.

That leaves Eduardo Escobar, who is on fire to say the least. He has hits in seven straight games and is 22-for-45 in June. His .838 OPS is fourth amongst shortstops, and his OPS+ is a team- and career-high 121. While he’s a below-average defensive shortstop, there are plenty of playoff-bound teams who would love to have a utility bat with a 1.066 OPS against lefties. And the Twins don't need to be out of it to move Escobar. He's arbitration eligible for the final time next year and will make considerably more than the $2.6 million he’s being paid this season. He will also be a free agent after next season.

Escobar can play just about everywhere, which makes me think the Chicago Cubs would be a perfect fit. Escobar could give Addison Russell a breather against lefties (Russell is hitting .219/.349/.346 against them this season), and play the outfield for Kyle Schwarber against lefties (Schwarber has a .567 OPS against lefties this year).

What should the Twins ask in return? Well, lefty starter Jen-Ho Tseng with the AA Tennessee Smokies is intriguing. He’s just 22, and his K:BB ratio is 3.1 and he’s striking out 7.7 per nine innings. Future relievers could include righty Pedro Araujo, 23, who has a K:BB ratio of 7.0 through 31.2 innings with the Myrtle Beach Pelicans of Advanced-A ball. His teammate and fellow righty Craig Brooks, 24, is actually striking out more batters than Araujo (13.3 K/9 over 20.1 IP).

If Falvey and the Twins want to take advantage of Escobar’s hot bat, now’s the time, especially with Gordon knocking on the door in AA. While Jorge Polanco has struggled in June, he is in the Twins' long-term plans. Nick Gordon is also in the Twins' long-term plans, and Escobar is not. That's why it won't matter where the Twins are in the standings come the Trade Deadline. Players will be shed to give playing time to youngsters. Escobar seems like the most obvious choice.

Opinion: Republicans would have been better off losing the Presidential Election

You might be wondering how Republicans could be better off than owning a majority in both houses of Congress and occupying the White House. Well, they could do it longer. If Georgia’s 6th Congressional district, and even more surprisingly, South Carolina's fifth, are any indication, the Republicans are in for rude awakening in 2018 and 2020.

While Republican Karen Handel won the election, Democrat Jon Ossoff made us all pay attention to a district that’s been nothing but red since Apocalypse Now and Alien were in theaters.

While it’s highly unlikely the Democrats win three of the eight Republican Senate seats up for reelection in 2018 to win a majority, the House is a different story. It doesn’t matter whether Congress repeals and replaces Obamacare. House Republicans are under fire whether they do or don’t. Midterm elections have been historically bad for the party occupying the White House, as was epically the case for Barack Obama in 2014. The average loss of House seats by the party with a newly elected President is 23. There are already 23 House seats held by Republicans in districts Hillary Clinton won, while just 12 that have Democratic representatives and voted Trump.

FiveThirtyEight’s Harry Enten compared a President’s approval rating to the results in the midterm elections, and despite a large margin for error, (+/- 33 Congressional seats) there was a correlation. And Trump’s residency of the White House has only just begun. After 149 days, Trump’s approval rating, as measured by Gallup, has dropped to 38 percent, and Trump started with the lowest approval rating for any first-term President ever rated (45 percent). Trump has that record by six points. Barack Obama and George W. Bush had approval ratings of 61 and 55 percent, respectively, over roughly the same number of days. At the time of their first midterms, they were at 45 percent and 63 percent, respectively.

Bush’s 63 percent approval rating is the reason why he’s one of the exceptions to the rule that the party residing in the White House loses Congressional seats in the midterms. It’s the highest approval rating ever during a midterm election. An unpopular war brought Bush and Republican Congressional candidates back down to Earth the second time around.

The only President who’s experienced a similar decline to Trump over a similar period is Gerald Ford. Over 157 days in office, Ford saw his approval rating fall from a very respectable 71 percent to 37 percent, He pardoned Nixon and still only had nearly the same approval rating as Trump does now! So what I’m saying is there’s plenty of time for Trump to hit rock bottom.

That record also belongs to George W. Bush. He entered the 2008 midterms with an approval rating of 31 percent. The Republicans lost 36 Congressional seats in that election. Now consider if Trump were six points worse than that. He’d be hovering around 25 percent, and House Democrats would stand to gain considerably.

The job Trump is doing (or not doing considering all the rounds of golf he’s getting in) is already rubbing off on incumbent Congressional candidates, and the stink is legendary. Georgia’s 6th Congressional district has been a Republican stalwart since 1979. The fact that race was even close shouldn’t be taken lightly. We’ve never had a President this disapproved of at the start of a Presidency, and we’ve never seen a White House like this, so I expect the worst.