Opinion: Sessions not a Republican if he wants to end states’ rights to legal marijuana 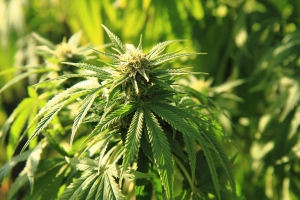 The deepest of Republican values is to respect states’ rights, but attorney general Jeff Sessions isn’t doing so by asking Congress to let him prosecute medical marijuana dispensaries.

Sessions wrote a letter to Congress in May requesting protections of state marijuana laws that have been in effect since 2014 be undone so he can fill America’s already-full jails and prisons, both rural and urban, with non-violent, drug offenders. The Rohrabacher-Farr amendment doesn’t allow the Justice Department to spend federal dollars preventing states from enforcing their own marijuana laws. If that’s no longer the case, medical marijuana providers can expect Drug Enforcement Agency (DEA) raids.

It’s no surprise to anyone familiar with Sessions that he’d want to lock up potheads. He’s long despised marijuana and went so far as to cite the opioid epidemic as a reason to enforce federal marijuana prohibition, because he’s either un- or misinformed, or just doesn’t care about the facts.

Sessions would be better served focusing his efforts on legalizing medical marijuana federally by rescheduling cannabis so it could be prescribed by doctors throughout America. Emergency department visits involving misuse or abuse of prescription opioids increased 153 percent between 2004 and 2011. So obviously the easiest way to slow this increase is to offer a prescription pain reliever that has never killed a soul and is already linked with fewer opioid overdoses.

These sort of Republicans like Sessions are the worst sort because they’re not even Republicans. They’re fascists. Only fascists would have an interest in governing what people do in the privacy of their own homes, including the bedroom.

If you think tax dollars should be spent to take a proven medicine away from people with debilitating pain or illness, you’re no Republican. And no Republican would advocate for bigger government, which is exactly what you’ll get if the Justice Department is allowed to spend your taxes busting medical marijuana providers.

Medical marijuana is supported by 94 percent of Americans according to this Quinnipiac poll. It has bipartisan support in Congress as well, so hopefully your representatives don’t cave to Sessions request. Contact your Senators and Representatives to express your opinion on the matter.

Minnesota Twins save money with Lewis, get best college hitter in draft 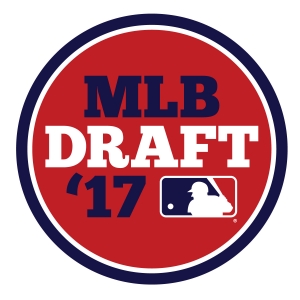 For a lot of people (just under 95 percent, according to an MLB Trade Rumors poll), the Minnesota Twins' selection of California shortstop Royce Lewis with the first pick in the 2017 MLB Draft was a surprise. It shouldn't have been. Most knew there was no consensus number one pick in this draft. There were five potential number ones. The Twins took one of the five.

This was originally published at FoulPlaybyPlay.com, a community for foul-mouthed, sports broadcasters providing uncensored, commercial-free play-by-play.

Lewis can play anywhere and received the highest possible grade for his speed. Unsurprisingly, the Twins might have found another impact center fielder. Lewis already has a swing that stays in the zone a long time and allows him to barrel up a lot of balls. He struck out just seven times in 116 plate appearances this season. The mental makeup is everything you want in a player -- natural, born leader. He is still years away from the majors, so Byron Buxton fans need not worry.

The Twins likely saved nearly $1 million by taking Lewis number one overall, which allowed new chief of baseball operations Derek Falvey to allocate more money to later picks. Since the Twins also selected at 35 and 37 overall, Falvey could use that money to sign more expensive or harder-to-sign draft picks that fell out of the first round.

Falvey was rewarded with the best college hitter of the year. Mississippi State outfielder Brent Rooker (great baseball name) had a 1.371 OPS in 2017. He's set to become only the second player ever (Rafael Palmeiro) to win the SEC Triple Crown, batting .387/.495/.810. Some were surprised Rooker got past Oakland with the sixth pick.

Then, Falvey scored Canadian high school right-handed pitcher Landon Leach. Leach is committed to Texas but could be persuaded to sign with Minnesota given the money the Twins have to offer. The approximate pick value is $1.8 million.

You could say the Twins should have gone with pitching at number one overall, but that would have severely limited Falvey when offering Rooker and Leach contracts. And there's a lot of draft to go.

The Twins next picks are 76 and 106. They will pick first in each of the next 36 rounds of the 2017 MLB Draft. I fully expect Falvey to target high school pitching he can develop, since that's sort of his thing. But I wouldn't be surprised if he takes Oregon State starter Jake Thompson if he's there at 76.

Other pitchers ranked around that 76th pick for the Twins are right-handed pitcher Kyle Hurt (another great baseball name), and lefty Daniel Tillo, who the Twins drafted in 2015. Jackson Rutledge is interesting at 106. He's six-foot-eight and throws 94 mph with an expectation for more.

While I can understand Twins fans' frustrations given the downfall of their pitching staff, there's no solution to that problem in the draft. Even Brendan McKay would likely be a year away from the majors, and perhaps more if given the time to adjust at the plate as well as on the mound. Hunter Greene has even more development time ahead of him. Evaluating a draft that can't be evaluated for at least three years is completely pointless. Reacting as if the Twins organization was "cheap" is incorrect. The Twins were "frugal," and it's already paying off.