10 Great Family Films Your Kids Have (Probably) Never Heard Of 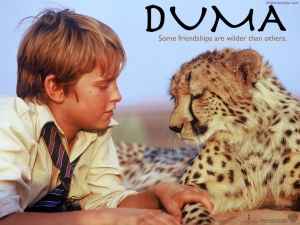 So many movies. So little time.

Some of the movies on this list are a bit obscure, either ruined by a single test audience or poorly marketed by the studio. A couple of them were pretty big movies in their time. At least one of them might be considered a modern day classic. But it occurred to me, in creating this list, some movies that I consider a “everyone must have seen that, right?” are --- well -- old. One of the movies on the list came out in 1959 and the few that came out in the eighties are still thirty years aged!

Thirty years? Time flies, my friend.  But anyway, if you have a ten or a twelve year old it’s very possible your kid has not seen a thirty year old film from the eighties. Even if that film was really popular at the time. So, a couple of the films might be a bit of a stretch to claim your children have, “never heard of it." And the term, “family film,” kind of implies that all the movies are designed for everyone in the family. That’s not entirely the case. But I try and point some appropriate ages in a few of the mini reviews below. Some will be more enjoyed by the young, some by pre-teens, some by kids who like to be scared, others for kids who do not like to be scared at all.

You get the drift.

Anyway, yes, some of the movies are old. Thankfully nostalgic cinephiles, such as myself, adore clinging to the past! I rattled the ol' memory cage around and kicked out a few bolts, some rust and a list of ten great family movies. And I took it very seriously. Very seriously, indeed. You see, I was always struck by a quote from late film critic Roger Ebert in his 1995 review for, “A Little Princess,” -- “Unlike the insipid devices of most family films ... (“A Little Princess”) ... understands that children take stories very seriously indeed, and that all stories are really about the uncertain place of the child in the mysterious world of adults.”

Well said, Mr. Ebert. Thank you for all the reviews and all the words. Your writing is missed.  And so, with that in mind I put together a list of stories about the uncertain place of the child in the mysterious world of adults.