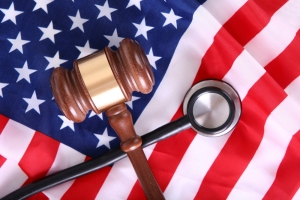 The Challenges and Charms of Getting Older 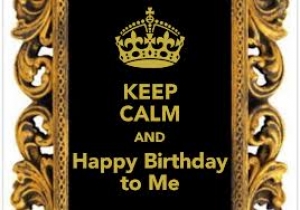 I woke up earlier this week, followed my normal routine of walking the dogs, picking up the morning papers, pouring my large glass of orange juice half filled with water to dilute the sugar, checked my emails, walked out on the patio to glance over the news … and then it dawned on me – I’ve turned 77.

Seventy-seven?  How did that happen? Not too long ago, I would have said that 77 is really old.  And to many, I suppose it is. I don’t think I look 77. Oh, I do look in the mirror from time to time, and see reflections of my father. I remember him well in his 70s. He had suffered his first heart attack by then, and though he did not look real old, still, he had aged a good bit. I look away from the mirror, and he is a vision of a much younger man. But when I look back, there he is.

How do I feel?  My doctor, whose first name is “Bubba” (you check out closely a doctor named “Bubba”) says I look a heck of a lot better on the outside than I do on the inside. I have my share of aches and pains. A knee and a hip that was replaced, some recurring arthritis, too much hay fever and a sore back. But hey, I had all that 20 years ago. So I guess I’m doin’ OK.

I still listen to 50s music on the radio and remember well, dancing in high school to Jerry Lee Lewis — Whole Lotta Shakin’ Goin’ On.  In the 60s, I was a Ferriday lawyer representing the likes of Jerry Lee and his cousin Jimmy Swaggart. Three daughters and country living dominated the 70s, and politics took over my life in the 80s and 90s. The Feds were an irritant in the early new century, but I survived and have branched out in a number of new directions. Our visit each week through this column and on the radio is one more reflection of living life to the fullest. And the icing on the cake? Six grandchildren in the past decade!

I’ve tried to flush out an occasional creative vibe. Painting with a granddaughter, who, at eleven years old, is much better than me. Refreshing my banjo skills. Would you believe that in my twenties, I helped pay my way through law school by strumin’ the banjo at Your Father’s Mustache on Bourbon Street in New Orleans? Even a stint as an actor in the Three Penny Opera and The Fantasticks at several local theatres in the French Quarter. It took a while, but I finally figured out that I shouldn’t worry about being all that skilled at many things. It was better to delight in the pursuit, and find clarity by enjoying the undertaking itself, regardless of my limited talent.

Yes, seventy-seven is a milestone. But I won’t consider myself old — just a bit older. Ninety is probably old, but I have many years of lively living before I have to consider that next line in the sand.  In the meantime, I will continue to be the happy go lucky, meddling, opinionated, bullheaded, talkaholic, health conscious, lovable (from my perspective) fellow that I have always been. I won’t hesitate to give plenty of advice to my children. They may be middle aged, but they are still my kids, and even though they think they don’t need my advice, I know they really do.

So why make a big deal of being 77? I mean, it’s just a number isn’t it?  Like a bunch of other numbers in your life. Dates, addresses, sums, amounts, and then, in the mix, is age.  But maybe it’s more than that. I can make a case that it could be an important milestone. My seventy-seven years, by any measures, have been full and hard living, with ups and downs too numerous to mention. If there is a yin and a yang, the before and the after, what has happened, and what is yet to be, then maybe seventy-seven is a special waypost for me. Hey, I could be at the top and ready for the long and relaxing ride back down.

As for the rest of all you youngsters below the age of seventy-seven, I have just this one thought. It’s nice

to be on this side of troubled waters.

Jim Brown’s syndicated column appears each week in numerous newspapers throughout the nation and on websites worldwide. You can read all his past columns and see continuing updates at http://www.jimbrownusa.com. You can also hear Jim’s nationally syndicated radio show, "Common Sense," each Sunday morning from 9:00 am till 11:00 am Central Time on the Genesis Communication Network, with a live stream at http://www.jimbrownusa.com.