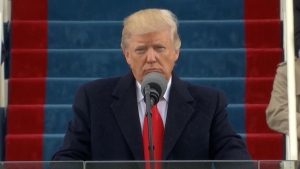 It would be an understatement to say that this past year has been controversial on the political scene. Three major stories dominated the news from my perspective. Obviously at the top of the list was the continuing saga of Donald Trump. Then there was the Alabama Senate race that became the nation’s number one soap opera. And we learned that the government spends millions of dollars running down rumors of UFOs.

And here’s the kicker. 2018 is potentially shaping up to be the most tumultuous political year in our lifetime. The control of congress, more unpredictable antics from our President, the possible reckless actions from that crazy guy in North Korea, America’s deteriorating role of leadership on the world stage, gridlock in Washington and in legislatures across the nation: Hey, what more could a political junkie ask for?

So far, President Trump has not followed in the paths of Reagan, Roosevelt and Kennedy in being forceful leaders who reached out to build working coalitions. Great leaders, in order to govern effectively, extended their tribal base by appealing to people’s hopes rather than their fears. There is a long history of presidents using their office as a bully pulpit to rally support. But do we now have a bully in the pulpit?

The president is making a major effort to restructure the federal judiciary and has forwarded some three dozen nominations to the U.S. Senate for confirmation. Only six have been confirmed so far, and for good reason. In a number of cases, Trump has selected grey mice. That’s the name given by court watchers to nominees who lack the scholarship, the temperament, and the learning to be federal judges.

We witnessed first hand several nominees who were over their heads and obviously unqualified for the federal bench in Senate judiciary committee confirmation hearings just a few weeks ago. Louisiana Senator John Kennedy has commendably hammered away at several nominees as to their knowledge of basic judicial terminology. Concepts any candidate for a judgeship should know.

As the Baton Rouge advocate reported: “The questions highlighted (nominee) Matthew Peterson’s lack of courtroom experience. Pressed by Sen. Kennedy, Peterson acknowledged having never made arguments in a courtroom nor having tried a case– and then struggled to define a series of legal terms, several of which legal expert described as fairly basic.” As Kennedy appropriately observed: “Just because you’ve seen ‘My cousin Vinny’ doesn’t qualify you to be a federal judge.”

So to help out future nominees, I’m offering a few questions and answers that should be memorized before appearing at a Senate confirmation hearing. Any future nominee should give me a call because, hey I’m a lawyer, and I’m admitted to practice before the U.S. Supreme Court. So with the aid of Professor Garrett Epps at Baltimore University, I offer these suggested responses.

A Lawsuit: That’s what you wear in court.

Recusal: When the judge takes a brief judicial nap.

Sidebar: That’s of course the liquor kept near the courtroom.

Erie doctrine: The rule that testimony by ghosts is inadmissible.

Bench trial: Shopping for a new chair for the judge.

Judicial review: The number of “likes” on the judge’s twitter feed.

Res judicata: The judges once a year have a race around the courthouse.

For all you judicial wannabes, gray mice or otherwise, I hope this helps in your quest to ascend to the federal bench. For all the rest of us, get ready for a knock down-drag out 2018. Happy New Year!