How Doctors Can Prevent Burnout 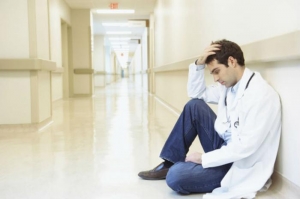 A new study from the American Medical Association (AMA), the Mayo Clinic and Stanford University finds 1 in 5 physicians plan to cut back their hours next year and 1 in 50 will leave the profession completely within the next 2 years.

Burnout is cited to be the main cause and is one of the biggest threats to health care today. According to AMA President Dr. David Barbe, “An energized, engaged, and resilient physician workforce is essential to achieving national health goals.”

And burnout affects all fields of medicine, surpassing 50%, in those including primary care and specialties such as gynecology, neurology, urology, emergency medicine, anesthesiology, cardiology and critical care to name a few.

Patients are at risk because if doctors aren’t at the top of their game, things get missed.

Moreover the keen instinct of a clinician is imperative to diagnosing correctly, and this gets blunted when one is emotionally fatigued, or burned out.

Why are Doctors Burning Out?

A variety of factors can lead to physician burnout but the following appear to be the most cited:

What are the signs of burnout?

In any profession, the following may be signs of burnout: 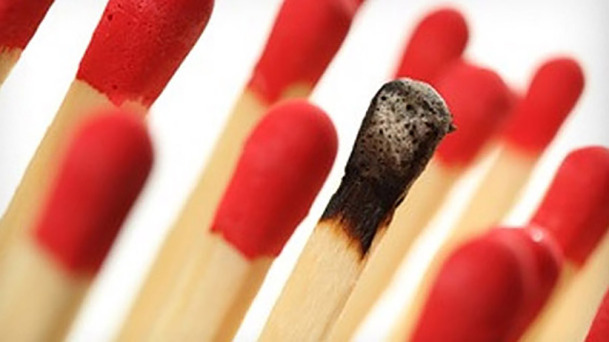 How to prevent burnout?

Finally, be around others and have a Bitch and Moan session – it feels so good to complain and gripe. Find others in similar situations as you and you’ll realize that you may have it better than you think.

Remember you have to come first and doing so will make you more of a help to others.  Feel great and you’ll make others feel great!

Music in Movies: The 10 Best

Long before talkies, music was making movies better. It still is. What would Charlie Chaplin’s “Oceana Roll Dance” in The Gold Rush be without music, or Johnny Depp’s depiction in Benny and Joon for that matter? A more contemporary example would be how Daft Punk’s soundtrack for Tron: Legacy helped make “The Grid” a very real place for moviegoers. That said, here are the 10 best uses of music in movies, based on the lasting effect the music had in the movie and beyond the movie, the popular and critical success of the music and the legacy left.

This one might not be on a lot of people’s lists, but the first time I saw Mark Wahlberg, Tom Jane and John C. Reilly attempt to steal from a coked out Alfred Molina to the sound of Night Ranger’s “Sister Christian” while a silent, house boy tossed exploding firecrackers around the room, I was mesmerized. It’s one of the most uncomfortable situations ever recorded, and the song makes the scene’s mise-en-scène a must-see.

I used to think Rudy’s struggle to realize his dream made me cry every time I watched him succeed, but I’ve discovered the crescendo of the music when Rudy sacks the Georgia Tech quarterback has more of an effect than the images. I get emotional just listening to the score for Angelo Pizzo’s football masterpiece, and I’m not the only one. The music is now blasted at the stadium in South Bend during Fighting Irish football games. That adoption of the Rudy score from fiction and application in reality makes it one of the best uses of music in movies.

8. Bill Conti’s “Gonna Fly Now” in Rocky and Survivor's "Eye of the Tiger" in Rocky III

Like the theme from Rudy, the theme from Rocky is blasted at Philadelphia Eagles games (and practiced by the Royal Philharmonic Orchestra). It is immediately recognizable by almost anyone. The song features both uplifting highs and terrifying lows -- mirroring the conflict of Rocky’s life -- in and out of the ring. “Gonna Fly Now” was nominated for the 1977 Oscar for Best Original Song, but fell to Barbra Streisand’s “A Star is Born” from the movie of the same name. It hasn’t come close to becoming the pop culture icon that “Gonna Fly Now” has. The Rocky franchise is responsible for creating two iconic songs, and ranking which is more recognizable is problematic. People probably associate the music of both songs with the Rocky movies equally, but some couldn’t give you the title of “Gonna Fly Now.” Everyone knows “Eye of the Tiger.” Most of Rocky III was about Apollo helping Rocky get his eye of the tiger back after Mick dies. Sylvester Stallone should be glad Queen denied his request to use their song “Another One Bites the Dust” for Rocky III. While the song would have been fitting given the beating Rocky takes and then gives Clubber Lang, Survivor’s “Eye of the Tiger” somehow cut through the cheese to become a movie classic. It even spent six weeks atop the Billboard Hot 100 and was the second-best single of 1982 behind Olivia Newton-John’s “Physical,” winning Survivor its only Grammy Award. The song was also nominated for the 1983 Academy Award for Best Original Song and has become the anthem of workout movie montages. You can’t even make a workout movie montage using another song without it being parodied with “Eye of the Tiger” laid over the top anymore. South Park went with Joe Esposito’s “You’re the Best,” but even that was originally written by Allee Willis and Rocky’s Bill Conti for Rocky III, only to be replaced by “Eye of the Tiger.” “You’re the Best” got its chance to make movie history when Rocky director John Avildsen decided to use it in Karate Kid. It didn’t make this list, however.

7. The Beatles’ “Twist and Shout” in Ferris Bueller’s Day Off

The best synchronized dance scene ever shot had more than the music to thank, but the music choice was so good that it actually influenced the shooting of the scene. The scene was shot during the Von Steuben Day Parade and on another Saturday in Chicago that saw more than 10,000 people attend thanks to radio stations inviting people to take part in the John Hughes film. Several of the people seen dancing in the scene, including the construction worker and the window washer, originally had nothing to do with the film. They were simply dancing to the music being played, and John Hughes found it so funny that he told the camera operators to record it. Those natural actions helped make Ferris Bueller’s Day Off the highest grossing film Hughes directed, with an adjusted gross of nearly $170 million.

6. B.J. Thomas’s “Raindrops Keep Fallin’ On My Head” in Butch Cassidy and the Sundance Kid, and later, Spider-man 2

Written by Hal Davis and Burt Bacharach, the song won the 1970 Academy Award for Best Song, as did the original score. It makes for one of the most iconic movie montages ever in Butch Cassidy and the Sundance Kid. The song is so great, it was one of the few redeeming moments of the Spider-man 2 movie. When a song can make a bad movie better, the song is objectively great.

5. Marvin Hamlisch’s “The Entertainer” in The Sting

No song is likely more often associated with a movie than Hamlisch’s version of Scott Joplin’s “The Entertainer.” Like a younger generation associates “Gonna Fly Now” with Rocky, and an even younger generation “Eye of the Tiger” with Rocky III, most people aware of The Sting can’t hear “The Entertainer” without thinking The Sting is on television somewhere. But unlike “Gonna Fly Now” and “Eye of the Tiger,” which were written specifically for movies and released as the movie did, Joplin’s “The Entertainer” debuted 71 years before The Sting was released. Hamlisch had a good year in 1974. He won the Academy Award for Original Song Score or Adaptation for The Sting as well as the Oscars for Original Dramatic Score and Original Song for The Way We Were -- another Robert Redford movie.

4. Cliff Edwards’ “When You Wish Upon a Star” in Pinocchio, and later, RocketMan

This gem written by Leigh Harline and Ned Washington for Disney’s Pinocchio in 1940 was so popular it became the official song of The Walt Disney Company and accompanies the Disney logo prior to any Disney movie. My favorite rendition is performed by actor/comedian Harland Williams in RocketMan, who does a spot-on impersonation of Jiminy Cricket.

2. Harry Belafonte’s “Day-O” and “Jump in the Line” in Beetlejuice

The scenes of Beetlejuice featuring Belafonte’s music are the two best scenes in the movie. The “Day-O” scene couldn’t have been done better using any other song. The lip syncing to “Day-O” in Beetlejuice is the reason why it’s such a popular chant at baseball and basketball games. I’m certain that wasn’t the case prior to the movie’s popularity. I specifically watch the closing credits to Beetlejuice for the dance scene with Winona Ryder suspended in mid-air while dead characters dance to “Jump in the Line.” I’m a fan of Harry Belafonte, whose album “Calypso” became the first LP by a single artist ever to sell a million copies 30 years before I was born. I now own that LP because of Beetlejuice and chant “Day-O” at Minnesota Twins games because of Beetlejuice.

1. Q Lazzarus’s “Goodbye Horses” in The Silence of the Lambs, and later, Clerks II

Quite possibly responsible for both the creepiest and funniest moments in movie history, Q Lazzarus’s “Goodbye Horses” is the best use of music in movies in two very different instances. The song was also used in Married to the Mob and the Maniac remake as further evidence of its number one status on this list. Firstly, I’ll forward this by saying I find the song to be objectively great, both musically and lyrically. The lyrics are wonderfully vague and require explanation. (The song’s about transcendence over those who see the world as only earthly and finite,” according to its writer, William Garvey. “The horses represent the five senses from Hindu philosophy, The Bhagavad Gita, and the ability to lift one’s perception above these physical limitations and to see beyond this limited Earthly perspective.") All things most certainly do not “pass into the night.” Secondly, besides maybe “The Entertainer,” there isn’t a song more associated with a movie than this one -- and this one’s associated with two magical movie moments. Most people are aware of the first. The latest use of “Goodbye Horses” in Clerks II helps a newly sober Jay overcome his urges. The brilliant choice by Kevin Smith to use it allowed the song to reach an entirely new generation, leaving a lasting legacy in pop culture.