NFL teams that made playoff statements in Week 9 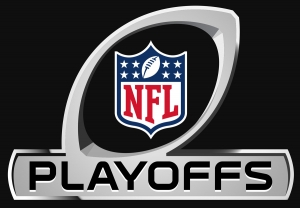 There were plenty of NFL teams that made playoff statements in Week 9 -- some good, some bad. No team made a bigger statement than Philadelphia, though.

The NFC road to the Super Bowl will go through Philadelphia

The Eagles (8-1) have been fantastic and should end up the top playoff seed in the NFC. The rest of Philadelphia’s schedule isn’t easy, with two games against Dallas, one at Seattle and one at the Rams. But with eight wins already and a home game against the Bears and the hapless Giants on the schedule, the Eagles should win more than 10 games. If the offensive line holds up and Carson Wentz stays healthy, the Eagles might win 14. As for their opponent in Week 9...

The Broncos will miss the playoffs

The Broncos are a mess when they have the ball, and their defense was picked apart for 51 points by Wentz. Worse yet, the Broncos will take their sixth loss of the season at home against the Patriots next week. The Denver defense can’t carry this team to the playoffs if the turnovers continue, unless Kansas City collapses.

MVP candidate Alex Smith was stymied by an overachieving Dallas secondary and pass rush, and Kareem Hunt was taken out of the game by his own coach. He had just nine carries. The Chiefs were sloppy pre-snap, wouldn’t establish a running game nor stop the run. The Chiefs will make the playoffs, but I like the Steelers’ and Patriots’ schedules (and quarterbacks) better the rest of the way.K

The Steelers (6-2) have the Andrew Luck-less Colts next, the Titans at home, and the Aaron Rodgers-less Packers followed by the reeling Bengals in Cincinnati. The Patriots are the only team remaining that should beat them, but we’ve already seen Pittsburgh fall to the Bears this season and struggle with the really good Jacksonville secondary.

Despite an ugly loss to Kansas City in Week 1, the Patriots could still end up the AFC’s top playoff seed. They play the Dolphins and Bills twice, and the Jets once. The Broncos and Raiders won’t likely pose problems for the Patriots, either.

The Carolina Panthers will win the NFC South

The Panthers’ Cam Newton was better than reigning MVP Matt Ryan on Sunday, and Christian McCaffrey displayed why the Panthers don’t need Kelvin Benjamin, who was traded to Buffalo for third- and seventh-round draft picks. If Newton and McCaffrey stay healthy, the Panthers are champions of the NFC South.

The Panthers (6-3) have just one blemish on their record, which is a home loss to New Orleans. They’ll get a chance to redeem themselves on Dec. 3 in New Orleans, after facing the hapless Dolphins and Jets with a bye week sandwiched in between. The Saints (6-2) have three tough games upcoming: at Buffalo, hosting Washington and at the white hot Rams prior to hosting Carolina. They also have two games against the Falcons, who were a Julio Jones drop away from making a positive playoff statement in Week 9. Instead…

The Atlanta Falcons will miss the playoffs

With losses to the Bills and Dolphins already this season, the Falcons have lost too many of the games they need to win to make the playoffs. Atlanta can still make a positive playoff statement either next week against the Cowboys or the week after in Seattle, but that’s looking less likely with every snap. If the offensive woes continue, the Falcons will lose either one of their two games against the high-octane Saints and/or another against the Panthers, which will make them miss the playoffs.

The Los Angeles Rams will make the playoffs

The Rams (6-2) put up 51 on the terrible Giants, but they also put up 35 on Dallas in a win that could break a tie for a Wild Card spot. The Rams are dangerous on both sides of the ball and on special teams, too. Jared Goff is starting to show why he was selected number one overall now that he has weapons in former Bills Sammy Watkins and Robert Woods. Speaking of the Bills…

The Bills will miss the playoffs

Buffalo’s loss to the Jets on Thursday to kick off Week 9 of the 2017 NFL season was certainly a Thursday Night Football anomaly, but it left the Bills 4-3 with two games left to play against the Patriots. The Saints visit next week before the Bills visit the Chargers and Chiefs. That’s seven losses right there, so the Bills will miss the playoffs.

The Jaguars will win the AFC South

The Bills’ misfortune on Thursday night will open the door for the Jaguars to make the playoffs. Despite a Week 1 loss at home to the Titans, the Jaguars can win their division. They will take their revenge at Tennessee in the final week of the season to win the AFC South -- if they haven’t won it by then already. The Jaguars get the Chargers, Browns, Cardinals and Colts over the next four weeks. Tennessee hosts Cincinnati and visits the Steelers and Colts before hosting the Texans.

This was originally published at GCNLive.com.