What we learned from the Astros' World Series win 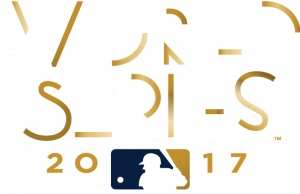 In a season that took 2,468 games to decide a champion, it might seem foolish to base any conclusions on the result of one game. But no game is more important and, therefore, more revealing, than a World Series Game 7. So here’s what we learned from the Astros’ World Series win.

The Astros took the lead in the first inning of Game 7 with a leadoff double followed by an error by 22-year-old, first baseman Cody Bellinger, who also struck out thrice in the game and finished the series with a .565 OPS. Alex Bregman then stole third base on Darvish, who seemed to forget about him, which resulted in a second run when the likely American League Most Value Player, Jose Altuve, did exactly what he needed to do -- hit a ground ball past the pitcher. That was enough to win the game.

2) Yu Darvish is a nice, reserved person, but not a reliable ace

Darvish’s thoughtful, Twitter reaction to Yuli Gurriel’s insensitive, racially-charged gesture following a home run in Game 3 was a pleasant surprise in what’s been a year defined by racial divisiveness. But Darvish’s World Series performance might leave some MLB general managers reluctant to sign the starter to a big-money, long-term deal in free agency this offseason. As the moments got bigger, Darvish got worse. He allowed eight runs over three-and-a-third innings in the World Series while allowing just two runs in 11-and-a-third innings in his other two postseason starts. He was responsible for two of the Astros’ four wins.

Kershaw tossed four innings of scoreless ball in Game 7 but blew his chance to shake his bad postseason reputation in Game 5 -- the most important game of the series. He allowed six earned runs over four-and-two-thirds innings pitched, and like Darvish, performed better earlier in the postseason. Kershaw actually lowered his postseason ERA from 4.44 to 4.35. His regular season ERA of 2.31 led the majors. Unlike Darvish, I doubt Kershaw’s postseason struggles will scare away any general managers looking to sign him next offseason if he declines his player option with Los Angeles. He’s still the best regular season starter in baseball.

The Astros will likely return their entire roster next season, but the team is built for long-term success thanks to home-grown talent. Altuve won’t be a free agent for another two years, and Carlos Correa won’t hit free agency until 2022, which is the final year of Bregman’s arbitration eligibility. And now Houston has Justin Verlander signed through 2020, so look for the Astros to be perennial contenders for the next three to five years.

5) The Dodgers’ window of opportunity closes next season

Regardless of what happens with Kershaw after next season, the Dodgers aren’t built for sustainable, long-term success. While the Dodgers could have up to $96 million coming off their books after 2018, they would like to stay under the $195 million luxury tax threshold to avoid paying the 50-percent tax reserved for teams exceeding the threshold for three consecutive seasons. So paying Kershaw $40 million annually might not be feasible. The Dodgers will also have to consider signing 25-year-old, center fielder Joc Pederson long-term, who was their best player in the World Series with a 1.344 OPS. He’s eligible for arbitration for the first time this offseason.