Twins can afford to be wrong on Ohtani 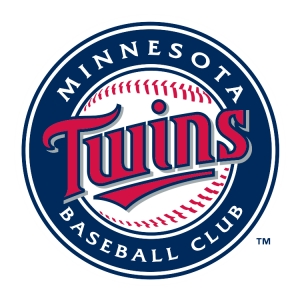 The Minnesota Twins’ poor history of scouting and signing Asian players shouldn’t prevent them from offering the Nippon Ham Fighters the $20-million maximum posting fee for a chance to negotiate a contract with pitcher/hitter Shohei Ohtani.

Twins scouts have dropped the ball in Asia, resulting in the firing of their international scouting director. They’ve been paying ByungHo Park $3 million annually to play mostly minor league games, and they’ll do so for the next two years. He’s appeared in 62 MLB games and might not see the majors again, making Park a worse mistake than Tsuyoshi Nishioka.

Nishioka appeared in just 71 MLB games, finishing with a .503 career OPS and 22 runs worse than a replacement-level player on defense. He made $6 million over two years, but was kind enough to opt out of the final year of his contract to go back to Japan, saving the Twins $3.25 million.

But both Park and Nishioka are hitters. The Twins have had at least some success scouting and signing Asian pitchers who have found success in the majors. Chih-Wei Hu, a right-handed pitcher from Taiwan, might not be with the Twins anymore, but struck out nine batters in 10 innings for Tampa Bay in 2017. The Twins traded Hu for Kevin Jepsen and new chief baseball officer Thad Levine probably wishes Terry Ryan hadn’t.

Ohtani’s Value as a Big Leaguer

Most scouts see Ohtani’s arm playing better in the bigs than his bat, but Ohtani wants to develop his bat. While the Texas Rangers and New York Yankees can offer Ohtani a slightly larger signing bonus than Minnesota, Ohtani will reportedly give preference to a team that will allow him to both pitch and hit in the big leagues. The Yankees won’t likely be willing to allow Ohtani on-the-job training in the hitting department given their abundance of young hitters.

Since any team who signs Ohtani wouldn’t likely risk his health playing the outfield, any National League team looking to sign him is working at a disadvantage. Texas would have the most at-bats to offer Ohtani, with Carlos Gomez a free agent, but this shouldn’t deter Minnesota from posting the maximum $20 million for the right to negotiate with Ohtani for 30 days. They’d only pay the posting fee if they end up signing Ohtani, and Texas will likely post the maximum amount anyways.

The Twins shouldn’t hold back from posting the maximum of $20 million because Ohtani is that type of pitching talent. His triple-digit fastball is enough to make him an effective reliever in the bigs, but his nasty splitter and slider are reportedly just as good, giving him legitimate ace potential. Scoring an ace in his prime for a staff that desperately needs one would be worth the $20-million posting fee. And it wouldn’t cost the team much more to pay Ohtani’s salary next year.

The Twins can Offer Ohtani the Best Long-term Contract

Under the current collective bargaining agreement, Ohtani can only agree to a minor league contract that is subject to signing bonus pools, which would make his salary about $545,000 next season. That would make the entire cost of Ohtani in his first season around $24 million, which is less than the Twins would pay Yu Darvish, who is eight years older than Ohtani. A team’s available signing bonus money and its ability and willingness to sign Ohtani to a long-term deal will be what seals the deal.

The Twins have Moveable Designated Hitter-types

While the Twins have plenty of designated-hitter depth, they likely aren’t committed to any of them. To the surprise of some, Kennys Vargas was left on the Twins’ 40-man roster. Vargas was slightly better than a replacement player at the plate and playing first base, but he’s out of options and will be fighting for his job in Spring Training. The Twins won’t hesitate to subject Vargas to waivers, especially with Robbie Grossman on the roster.

Grossman was third amongst designated hitters in on-base percentage in 2017 and is arbitration eligible for just the first time at 28 years of age. But even he would take Ohtani’s potential at-bats since Ohtani swings from the left side of the plate and Grossman is considerably better against righties than lefties. Grossman likely has some trade value since he’s under team control for the next three years, but finding a trade partners looking for a designated hitter who’s a defensive liability will be tough. Regardless, only Texas is in a better position to offer Ohtani at-bats, and the Twins could simply waive players in order to do so.

The Twins can Afford to be Wrong on Ohtani

Since Ohtani can only agree to a minor league deal, the Twins can afford to be wrong on Ohtani. They don’t have to sign him long-term after next season or at all. He won’t be eligible for salary arbitration until after the 2020 season, so Ohtani’s betting on himself big time by not spending another year in Japan, which would likely net him a $300 million deal as a free agent following next season. Given Ohtani’s injury history, that should provide a warm, security blanket for Falvey and the Twins. The Babe Ruth of Japanese baseball is well worth the risk.