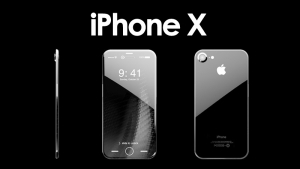 So let’s put this all together now: Apple allegedly sells higher-priced gear than the competition, yet puts significant restrictions on the use of these devices. You have to accept Apple’s ecosystem — make that walled garden — in order to buy Apple.

It may, to some degree, be akin to joining a cult where the leaders, managed by CEO (High Priest) Tim Cook, tell you what to do, what to buy, and what to install on your devices. Well, that’s the impression some might want to convey, but it makes a lot more sense to parse these claims and see if there is any factual basis to them.

Of course, on the surface, they do seem a bit much. But it’s worth putting the claims through a fact-check process anyway.

So the first complaint is about the price, that Apple deliberately charges high prices to gouge customers. They should be charging less, and in fact competing with mainstream gear.

Now obviously, Apple has the right to charge what it wants. It’s up to customers to decide if the prices are fair. If not, there are other choices. What’s more, Apple does cut prices from time to time. A key example is the 27-inch iMac with 5K Retina display. Prices dropped until they were the same as the older models with regular displays.

The price was real, well $999 for the 64GB version is close enough. But since the Samsung Galaxy Note 8 doesn’t cost a whole lot less, well $70 less, the argument that Apple is price gouging seems a tad lame. Sure, it’s more expensive than the Samsung, but the difference is very small if you up for one of those 24-month lease/purchase deals, less than $3 per month.

Is the iPhone X worth a little more money? That’s up to prospective customers to decide. If not, Apple might eventually cut the prices. That’s what was done with the original iPhone in 2007.

Apple is also attacked for alleged high prices on product upgrades. You want to buy a MacBook upgraded to 16GB RAM, it’s $200 extra. There’s no choice, since RAM is soldered to the motherboard. On the other hand, when you compare the cost of RAM and storage upgrades at Apple with similar upgrades on gear from mainstream PC makers, such as Dell and HP, you’ll find the prices are in roughly in the same league.

The real complaint is that Apple only produces a few models where you can upgrade RAM yourself. Technically you can upgrade the storage on an iMac, but you really don’t want to make the attempt. And then there’s the Mac Pro, and the promise of a modular version, easy to upgrade, perhaps by next year.

What about being forced to tolerate Apple’s ecosystem?

Well, having products that integrate with one another, and allow you to switch from one to the other and continue your work ought to be a good thing. Similar apps and similar services mean that you can work more efficiently. No other platform can match it! Microsoft tried, but Windows Phone crashed and burned.

Now the walled garden means that you are limited to the App Store on all Apple gear except for the Mac. It means Apple curates the apps, and you may run up against some limits in what you can get. I have complained, for example, about not having the equivalent of Rogue Amoeba’s Audio Hijack on an iPad. It’s an app that lets you capture audio from multiple sources and save them as a single audio file. It’s essential for my radio shows.

Since Apple clearly wants to make iPads more useful as productive tools, and the enhanced multitasking of iOS 11 demonstrates that commitment, perhaps some of the limits for app developers will be removed going forward.

But limiting you to one official app resource provides a much higher level of security, and at least a basic assurance that the app will run. There are few guarantees on the Android platform with Google Play. To use an outside app source on an iOS device, it has to be jailbroken, which creates serious security vulnerabilities. Android users can sideload apps from other sources if they want.

So Apple’s policy probably makes more sense for most people even if some of us chafe at a few restrictions.

On the Mac, nothing stops you from running the apps you want, good or bad. The Mac App Store is but one resource. And you can easily run Windows with Boot Camp, and loads of different operating systems via virtual machines. All official, all supported.

In that sense, the Mac is far more flexible than a Windows PC. While you can hack some PCs to run the macOS, it comes with lots of babysitting to induce even simple functions to work on a Hackintosh, such as messaging. Some things never quite work without jumping through hoops.

The long and short of it is that users of Apple gear have lots of freedom to do what they want, the way they want. I’ve only occasionally run across restrictions in doing what I want on the Apple mobile gadgets I’ve owned, and since Apple has expanded opportunities for iOS developers, some of those restrictions may eventually go away.

If Apple’s pricing and ecosystem are too stifling for you, rather than complain about the company’s well-known and highly successful policies, nothing stops you from buying something else. Apple obviously cannot tell you how to spend your money.

Target Field staff played a delayed feed of the national anthem on the Jumbotron while Brian Dozier homered to open the game and Eddie Rosario followed it with a two-run dinger, but despite missing nearly all the action, and the game becoming predictably uncompetitive, I still think the world needs more one-game playoffs.

The Minnesota Twins were the David to the Goliaths of the Major League Baseball Playoffs. ESPN’s Sports Nation staff ranked Minnesota’s roster last amongst the MLB playoff teams in all three areas -- lineup, starting pitching and relief pitching.

Better yet, a $100 bet on that guy who had never boxed before against that guy who had never lost before would have paid just $40 more than a bet on the Twins to beat the Yankees. Apparently 50 million Americans watched that fight, which would be 15 percent of the U.S. population. The overnight rating for the American League Wild Card Game was 5.2, meaning Nielsen estimates 5.2 percent of households watched the game -- up 58 percent from last year.

So people watched because anything can happen in one game -- and did it ever. We saw baseball like never before because of the one-game playoff format. For better or worse, we saw how managers can affect a game -- something that isn’t the case over the course of a 162-game season -- or even a seven-game series.

Paul Molitor might win the American League Manager of the Year Award, but Joe Girardi was the better manager Tuesday. He made all the right moves. Girardi lifted starter Luis Severino after a third of an inning before his postseason ERA ballooned over 100 (it’s 81.00). When the Yankees badly needed to strand two runners in scoring position with just one out down three runs in the first inning, Girardi called on Chad Green, who struck out Byron Buxton and Jason Castro -- who didn’t touch a ball and probably should have been lifted for a pinch hitter at some point with three catchers on the Twins’ roster.

Molitor could have lifted Ervin Santana after a third of an inning, too. Santana was visibly struggling with his command, but instead of going to Trevor Hildenberger with two runners on, Molitor left Santana to allow the home run that tied it and sucked whatever mojo the Twins had stolen in the first half of the inning.

Girardi used his best bullpen pitcher (by the numbers at least) in the most dire situation while Molitor used his best bullpen pitcher, Trevor Hildenberger, to start the sixth inning down three runs -- with nobody on base! And instead of lifting Santana for Hildenberger, Molitor went to Jose Berrios, who like Santana, struggles to find his command early in games. Berrios predictably allowed a home run that put the Twins in a seemingly insurmountable three-run hole with the best of the Yankee bullpen yet to come.

Whatever mojo Molitor might have had in negotiating an extension with the Twins, he’s lost it in my opinion. When one game is your season, that game must be managed flawlessly. But that’s part of the beauty of one-game playoffs. Managers are faced with situations that don’t exist outside of a one-game playoff -- like removing your starting pitcher with one out in the first inning.

Anything could have happened on Tuesday in New York, but the better team won, as is mostly the case in MLB one-game playoffs. The favorite is 7-3 in MLB Wild Card Games, with those previously mentioned 2012 Orioles being the biggest underdog to advance. The 2014 Kansas City Royals were barely underdogs against the Oakland Athletics at +101, and the 2015 Houston Astros and Yankees were basically drawing even, but the Astros were playing in New York.

So if the better team wins the one-game playoff 70 percent of the time, the world needs more one-game playoffs. I’m not advocating the expansion of the MLB Wild Card format, but in a world where so much is wrong, one-game playoffs like that of the MLB and NFL Playoffs and NCAA March Madness provide wildly entertaining relief. I hope there’s a tie for a division championship or a three-way tie for a Wild Card spot next season.