Opinion: When it’s easier to get a gun than adopt a dog, there’s a problem 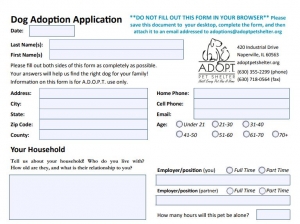 I’ve been looking to adopt a dog for about two months now, and while I’ve been picky about what type of dog I want to adopt, potential pet owners are subject to a more investigative process than potential gun owners.

I want a dog for multiple reasons. I just bought a home with a fenced yard, so I finally have the space to get the type of dog I want. I’ve always liked big, lap dogs, specifically, those that have come to be called “aggressive breeds” or “bully breeds.” I’ve come to despise those monikers because a dog’s behavior is representative of its owner. So despite having big teeth and a large bite radius, an “aggressive breed” like a Rottweiler is only aggressive if the owner makes it so, just as a gun is only dangerous if the owner makes it so.

Now, if you want to call them “protective breeds,” I’d be fine with that, because that’s what they are -- protective of their owners. That’s just one of the reasons I want a dog. I live in a relatively high crime rate area, especially when it comes to vehicle and home burglaries, but I’d rather have a home security system that acts instead of phoning the police. A dog might not be a better deterrent than those home security stickers people put in their windows, but a home security system doesn’t have a personality, either. I’ll take the personality.

I’ve never owned a gun and have never come across a reason for owning a gun. I grew up shooting BB-guns with my grandfather like most Americans. I even hunted as a child (once) but still never felt a gun to be necessary. The first day I went hunting, I shot a Whitetail doe in the neck while it was running away from me -- the perfect shot for preserving the meat. I was praised by all the old men who accompanied my dad and me, but I wasn’t surprised by my ability. I was the best marksman in my hunter safety course, and yet I still didn’t feel comfortable using a gun. I didn’t think it was fair to the deer. I find bow-hunting more sporting, or even fishing.

I’ve also enjoyed firing handguns for recreation, but that’s not reason enough for me to own a handgun. It certainly wouldn’t be my first choice when it comes to home protection, but it is for too many Americans in my opinion. Stand-your-ground laws have only exacerbated this situation.

I’ve submitted multiple applications revealing more about myself and my home than is required to get a gun. Some pet adoption agencies even require a home inspection, but getting a gun in this country is as simple as attending a gun show with enough cash in-hand or knowing someone with a gun looking to sell. I asked Minnesota Senators Al Franken and Amy Klobuchar whether they thought legislation that would make the gun application process mirror the pet adoption process could pass Congress, and only got a vague, email response from Franken.

“We can...address gun violence by closing loopholes in the federal background check system so that guns don't get into the wrong hands, like convicted felons or people with serious mental illness,” the letter read.

The response doesn’t answer my question, of course, but I think members of all political parties can agree that “gun control” should start with controlling who can get guns. The fact we as a society are more concerned about who owns a dog than who owns a gun reveals plenty about the American way. Dogs, like guns, aren’t inherently dangerous. Dog owners and gun owners are dangerous. A dog in the wrong hands can be as dangerous as a gun in the wrong hands. Both can take a life.

Just What is America's favorite pastime?

Look out sports fans! Maybe, just maybe, baseball is making a big comeback. Now I know we are in the middle of football season. Down my way in the Bayou State, both the Saints and the LSU Tigers are on a roll. And a hyped-up basketball season is just beginning. But baseball is drawing record crowds with the World Series ringing up the largest TV audiences in years.

The luster is off pro football. The “take-a-knee” controversy has turned off thousands of viewers. Just check out all the empty seats at any Sunday NFL game. Quite frankly, many of the pro games are, well, just boring. Then there is the “thug factor” and the statistic that some 50 NFL players have been arrested for domestic violence. To many former sports fans, politics has become their favorite entertaining diversion.

Just what is America’s favorite pastime? Is it politics or baseball? Politics has always been a major spectator sport, particularly here in my home state of Louisiana. But don’t sell baseball short. Not only has baseball been around longer than any of America’s professional team sports, the game’s highs and lows have been injected in national politics almost from the sport’s inception.

Now I’m a diehard baseball fan. I grew up in St. Louis and was in the stadium the Sunday afternoon back on May 2, 1954, when Stan the Man Musial hit five home runs on the same day in a doubleheader. I’m a regular at spring training down in Tampa, where I follow my perennial favorite, the New York Yankees.

Baseball has been well ahead of the NFL in confronting issues of race. The problems of major league baseball have often served as a mirror image of the problems facing America. Its history is both a reflection of this country’s fears and ignorance, and its hopes and promises. Like almost any other cultural phenomenon of such prominence, baseball has served as solace and as a poke to our conscience.

In 1948, the major leagues faced the problem of segregation earlier than the politicians in Washington, DC, did.  Jackie Robinson broke the color barrier playing for the Brooklyn Dodgers, and won the rookie of the year award in his first season. It took court cases and sit-ins to get the attention of our political representatives to follow suit.

A few years back, the Tampa Bay Rays were the Cinderella team that went from “worst to first,” winning the American League pennant. Maybe it has something to do with their name. They used to be called the “Devil Rays” and their record was terrible. As soon as they dropped the word “Devil,” they became victorious overnight. Is it baseball pure and simple, or is the Religious Right involved?

Maybe it’s impossible to get away from campaigns and politics by focusing on the current World Series, but I’m going to give it a shot.  The Fox network carried many major league games this season. In the National League, everyone, even the pitchers, get an equal chance to bat. Will Fox News say that the National Leaguers are socialists?  Will their commentators argue they should call some home runs out if they are too far to the left?  And I guess you can’t blame the Democrats from bemoaning that every time someone steals a base, they get reminded of the 2000 presidential election.

There is also a lesson to be learned from Babe Ruth as Congress is considering limiting executive pay and bonuses of corporations who received bailout money. When the Babe was asked how he could justify making more money than the President, he shrugged off the question by answering, “I had a better year.”

I suppose one of the biggest differences between these two spectator sports is the sense of optimism that baseball brings every spring. The crack of the bat, a pop fly against a blue sky, and the green grass seem to offer a sense of renewal. It harkens back to the essence of youth and heroes of the past, and you feel that almost anything is possible in the coming season.  But in today’s political climate, there is little thought of great statesmen and principled political figures.  Political courage today is too often defined by poll watching and sticking a wet finger to the wind.

So when the TV remote offers a choice of the NFL, politics or baseball in the coming week, I’ll choose the great American pastime.  It’s baseball hands down. Like a fellow once said: “The difference between politics and baseball is that in baseball, when you are caught stealing, you’re out.”