How Can a Gunman’s Mental Illness go Undiagnosed? 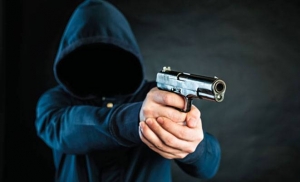 Investigators believe the Las Vegas Route 91 Harvest Concert shooter, Stephen Paddock, suffered from severe mental illness that was never diagnosed. This seems obvious to us, as anyone who would kill 59 innocent people and wound hundreds more could never be of sound mind.

However, one would think a person this mentally unstable would leave a pattern of behavior footprints that would have been picked up earlier in his life.

Although no motive has been established in the shooting, investigators have interviewed multiple acquaintances who knew the 64-year-old real estate investor and were told he was disconnected, stand-offish, and lacked multiple social interactions. However, he easily flew under the radar as he had a girlfriend, appeared to be close to his mother, and had successful real estate dealings that funded his gambling habits.

Most mass shootings are committed not by those who spent time in mental institutions but by those who dined, shopped, and lived near their victims. And many have been under the care of medical providers, being prescribed medications that address psychological symptoms.  So how do mass shooters evade proper diagnosis?

They don’t fit the stereotype

To the layman, the average person with severe mental illness appears highly erratic, confused, unpredictable.  To a trained medical professional, the same symptoms would trigger their suspicions as well.

But the average killer may be a psychopath, being impulsive, antisocial, and exhibiting violent behavior.  If they don’t act violent or violently impulsive, they can elude the interviewer.

They may hide from the public

A mass shooter will plan their attack, may stake out locations, and but will overall remain isolated to avoid arousing suspicions. And a psychopath, may exhibit antisocial behavior.  So as they stay remain isolated and introverted, they allow less opportunity to be “made.”

They fly under the radar

As in Stephen Paddock’s case, he flew under the radar as he did not avoid the public.  He would drink, gamble, frequent casinos and appear to be very successful in his business/real estate dealings. With lack of a criminal record and violent interactions, the average person wouldn’t deem him suspicious of committing such a heinous act.

They don’t want to be treated medically

Many people with mental illness may have symptoms they wish to control, but will stop short of admitting they have a medical condition that needs treatment.  Those who suffer from delusions or psychosis may believe others are exhibiting the abnormal behavior, so why would they want to undergo treatment themselves?

Moreover, if they fear being “turned in” by the medical provider interviewing them and revealing homicidal ideation, they will be less inclined to seek medical help.

They may not have health insurance

If an individual with severe mental illness has difficulty maintaining a job, he/she most likely will be without employer-paid health insurance.  This limits access to seeking medical help all the more.

The chilling truth is we have killers who live among us who may plot and plan right under our noses.  Let’s pray they leave enough clues that they get caught before they carry out their plans.