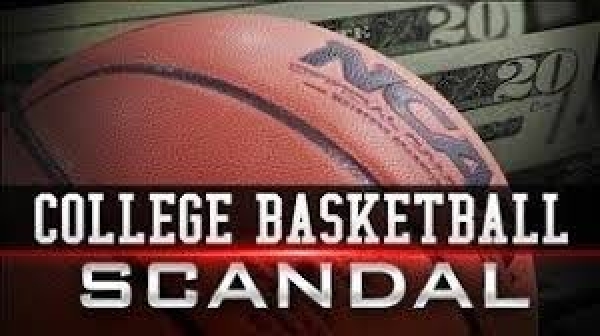 Let me begin right off by saying that I am a college basketball diehard through and through. Like most sports fans, I cheer on my favorite teams in a number of sports. But at the top of my list has always been college basketball.

My dad was a star forward playing both junior college and AAU basketball. I had the honor of being Coach Dean Smith’s first recruit at the University of North Carolina back in 1968. I was a spectator in the Louisiana Superdome when the Tar Heels won two national championships. If you come to my office I’ll show you a ball sent to me by Coach Smith autographed by the entire 1982 championship team including Michael Jordan.

I’ve been a front row LSU basketball season ticket holder since the 1970s, and regularly talk basketball trash with legendary former Coach Dale Brown. All in all, I have bled for the college game. But I have a confession to make. The thrill is gone. These past few weeks, I didn’t become enthralled with March Madness. It was more like March Sadness.

Liza Minnelli said it best in the hit movie and Broadway show Cabaret.“Money makes the world go round.”  We have tolerated for years the extravagant salaries paid to college football coaches. At LSU, for example, six of the seven highest paid employees in the entire university are in the athletic department, which Governor John Bel Edwards labels as “obscene.”  LSU will pay three former football coaches more than $12 million not to coach. Fired Coach Les Miles receives $133,000 each month with a total payout of almost $10 million. But at least we rarely hear of financial scandals involving players in the football ranks.

Basketball is where the financial bribes and continuing ugliness takes place. The FBI is presently investigating a number of college coaches as well as sports agents for payoffs to players to attend various colleges. Ten agents and coaches have been arrested with numerous allegations involving some 30 schools. Seventeen teams that participated in March Madness are currently under investigation.

Two former LSU players have been accused of receiving cash payoffs from sports agents in a detailed report from Yahoo Sports listing numerous payments to dozens of current and former basketball players. A number of major basketball schools are being investigated, including programs at Duke, North Carolina, Texas, Kentucky, Michigan State, USC, LSU, Alabama and a host of other schools.

Numerous colleges are also being investigated for their academic shortcomings when it comes to athletes. A recent probe at my alma mater, the University of North Carolina, determined that a number of athletes received passing grades but never attended classes. Now I bleed Carolina Blue, but UNC should have been put on probation for allowing such scholastic cheating. The NCAA turned its head to the academic deceit saying, “The NCAA defers to its member schools to determine whether academic fraud occurred.” The old “let the fox protect the henhouse rule” is how the governing body reacted.

One would expect that the NCAA, the ruling body over college sports, would be the wall of protection against the influx of the shady, money-grubbing influences on college players. But the NCAA itself has been obsessed with the bottom line dollar and will (get this) clear almost $1 billion a year for just the March Madness basketball tournament. And it should be noted that the NCAA president is none other that former LSU President Mark Emmert. Good or bad, LSU seems to always be in the mix.

Much of this corruption is caused by alumni pressures to win, no matter what the cost. But that’s not the way it should be, at least from my perspective. Maybe I was raised and played these games at a time where we competed for the love of the game, and at best, an athletic scholarship to give us a decent education. I suppose it’s a changing environment and the current world we live in.

Oh, I’ll continue to keep my front row basketball tickets, and cheer on my alma mater. But it’s just not the same any more. And the fans, the colleges, and the teams themselves are not the better for it.

More in this category: « EpiPens secretly contain more than one dose used in emergency wilderness settings The best days of the Minnesota sports year are here »
back to top