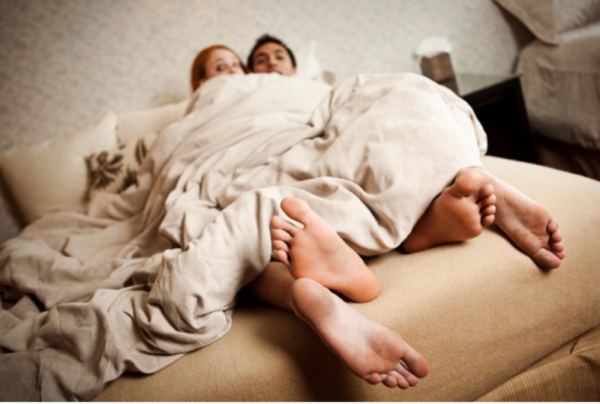 One of the most embarrassing, untalked about faux pas that occurs in families is the accidental witness of two parent figures having sex.

Our children see us make dinner, watch TV, argue about the in-laws, blame each other for the last cookie being eaten, drop each other’s toothbrush in the toilet (Ok I did that once!), so seeing, and hearing, two adults be intimate could potentially leave a mental scar for life.

And the moment the child is being visually and audibly traumatized, what do we do?  We scream…..”GET OUT,” or “YOU’RE NOT SUPPOSED TO BE HERE!”

Then once dressed, or finished, we hunt down the child, who’s probably hiding in their room, to try to urgently rectify the situation. My guess is many of us fail at this as well.

Telling them “Mommy and Daddy were just having a conversation,” adulterates any competency in communication skills they might have developed over the past few years.

“Mommy and Daddy were having sex” might work, but the average child who just witnessed it may choose a life of celibacy that instant.

So what should we do?

Assure the child they did NOTHING wrong

I don’t care if you told them a million times not to enter your room, it’s YOUR fault the door was unlocked.  Blaming the child makes the situation worse and traumatizes them more. Let them know you’re not mad and want to discuss what happened. 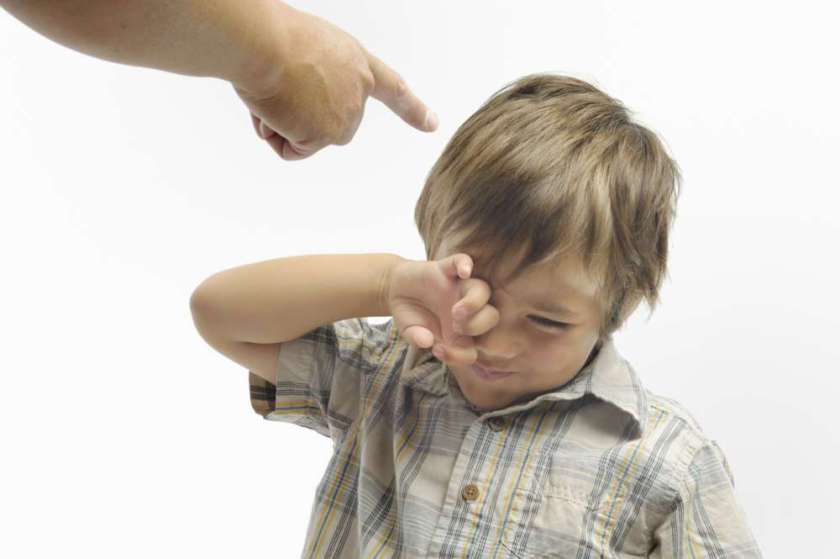 Understand the child’s point of view

Children of all ages learn by mimicry.  Watching parents have sex may startle not so much because of the sexual nature, but because it’s an act they don’t want to mimic.

In a child’s mind they think that the act they just witnessed is one they need to engage in later if they want to be a grown up like you…..and it scares them. Reassure them that they do not have to do “everything Mommy and Daddy do.”

If the child thinks “all adults” do what they just witnessed (position, sounds, tools, etc.) they will extrapolate and think their teachers, clergy, and grandparents do the exact same thing. This could be traumatizing as well.  Let them know that you and your partner were experimenting and having fun and sex is different for everybody. Which brings us to….

It’s OK to call it “Mommy and Daddy time”

Rather than labeling it sex, calling it Mommy and Daddy time is fine.  Let them know that adults need private time and some things or acts may feel good and make them happy.

The child may be more concerned about being yelled at or caught doing something they shouldn’t than actually seeing you have sex. So their first priority is making sure this doesn’t happen again. Set boundaries such as, “When our door is closed, knock first,” will give them a concrete instruction to follow.  They may then ask, “But, what happens if there is a fire?” - so let them know in an emergency, getting your attention is OK.

You don’t have to fix it all right away

If your child says “I got it, I got it, yeah I understand,” that doesn’t necessarily mean he/she understands. It means they want to leave the conversation. That’s fine. You can always revisit it later.  Sometimes during a drive in the car, topics such as this may be easier to discuss than at home with baby brother/sister giggling nearby. They’re a captive audience (unless they choose to jump out of the car), and you can smoothly transition to the subject by asking for permission to have a “big boy/big girl” talk.

Kids like two things, being asked permission by a parent and not being talked to like a little kid.  Capturing their attention this way may allow you to then discuss what needs to be discussed.

One more bit of advice …..when the kids are home and you can’t control yourselves, keep it down, avoid loud machinery, and keep it under the covers……

More in this category: « The eye roll heard 'round China (until it was censored) World's last known male rhino dies »
back to top