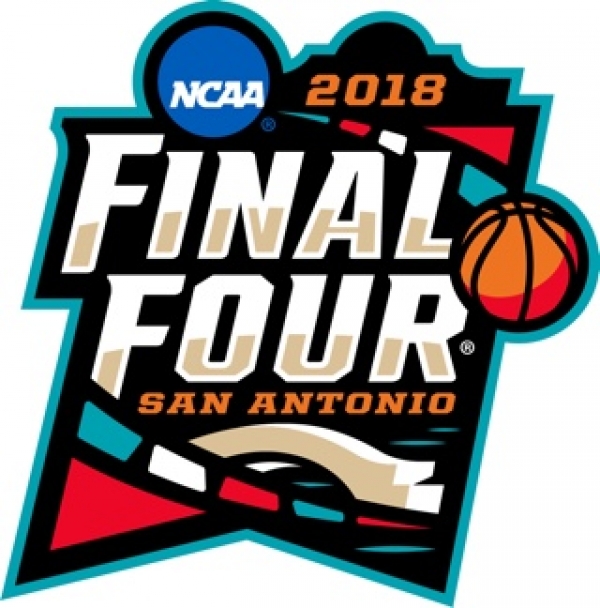 Filling out a bracket is easy, but betting the Final Four requires research and a plan if you want to dance all the way to the championship and come home a winner. Official NCAA Men's College Basketball Final Four San Antonio Logo

I’m going to Las Vegas for the first two rounds of the NCAA Men’s Basketball Tournament and intend to place a few bets while I’m there. I’m no college basketball expert, nor am I a sports betting expert. But I do know a little about both, and I have a guide for betting the Final Four so I can enjoy games I’d otherwise not watch and leave Sin City with some money in my pockets. So whether you’re in Sin City, Atlantic City, or wherever sports betting is legal, here are four tips for betting the Final Four to help you enjoy March Madness to the fullest.

The first rule of betting the Final Four is to bet the moneyline. Unless you have intimate knowledge of the teams playing the game, betting the spread during March Madness is just that -- madness.

More often than not, betting the spread will burn you. It’s hard enough to pick the winners of the 32 first-round games let alone determine by how much each team will win or lose. Sure there can be more money in it, but there’s nothing worse than picking the winner and losing your bet because of the spread. So don’t bother.

The over/under isn’t much better because determining how many points two teams will score can be just as risky as betting the spread. You’re still dealing with points instead of outcomes. Stick to the simplicity the bracket provides and pick the winners and leave it at that.

2) Parlay your way to the cashier

Pooling your picks together into one bet is a great way to win that money you left on the table by not betting the spread or the over/under. Out of 64 teams, you should be able to pick at least three teams you’re confident will win or lose and parlay them together for a satisfying win.

Parlays are also the most fun. Since more teams are involved, you’ll have a vested interest in watching more games. Parlays also give you an opportunity to enjoy winning and losing with friends. Have two friends each pick a team to add to your parlay and split the bet three ways. You and your friends will enjoy rooting on the same teams, and whether you win or lose, the entertainment you’ve received and bonding you’ve done thanks to your friendly parlay should make for a nice consolation prize.

Putting your entire nest egg into one exchange traded fund or behind one business isn’t good investment advice. The same goes for sports betting. Betting on your favorite team to win it all isn’t a great way to invest your money. First off, you’re betting your heart instead of your head, which is only excusable if you win and tends not to happen on bets of the heart.

The only bets of the heart I’ve won are the two times Duke has won the National Championship since I started filling out a Final Four bracket (2010, 2015). Duke is the only winner I’ve ever picked since I started filling out a bracket regularly, but I’ve never actually had any money on it. Still, it’s a good example of what not to do, because I’ve been wrong 10 of 12 times. And while I have money down on Duke to win it all this season, I also have money on a few other teams.

Instead of picking your team to win it all, pick your team and then three others you think can win the championship. Maybe they’re your Final Four teams. Maybe they're FiveThirtyEight's projected Final Four. Maybe they’re the odds-on favorite, your local team, your alma mater, and a sleeper. Whatever combination you decide, when making the long bet on the champion, it’s best to have a few horses in the race with varying odds of winning. Your best bet would be to pick a pair of high-seeded, title contenders, one four- or five-seed, and one team with long odds you feel is best equipped to make a run to the Final Four. That way, if your favorite team is knocked out early, you still have reasons to watch and a chance to win your money back.

4) Budget busters to avoid in the first round

No guide for betting the Final Four would be complete without warning you of games for which you should simply sit on your wallet. No need for you to lose your entire roll in the first round because you bet the wrong way on a bunch of coin flips. These toss-ups will be fun to watch whether you’ve got money riding on them or not. I just don’t think you should risk your hard-earned money betting these games -- unless you know something I don’t.

Since 1985, a 12-seed has upset a five-seed in all but four tournaments, and Davidson is probably the best 12-seed in the tournament. There’s just nothing safe about a 5-12 matchup, and with the spread at six points, this will likely be the biggest nailbiter of the 5-12 games.

Davidson is one of the best in the tournament at limiting possessions, which could be a problem if Kentucky comes out a little wild, turns the ball over early, and finds itself playing catch up with very few possessions. And Davidson won’t give them many extra possessions, either. They don’t turn it over often or take bad shots, so they could have a chance behind senior forward Peyton Aldridge, who averages 21 points per game. If you’re looking to bet an upset, though, this would be one worth a look. Otherwise, leave it alone.

Alabama has relied on freshman guard Collin Sexton, described by Tully Corcoran of The Big Lead as “The Russell Westbrook of College Basketball.” Virginia Tech is the complete opposite, with six players to rely on for quality minutes and points. But Bama could be missing a formidable presence in the paint if Donta Hall isn’t cleared to play after sustaining a concussion in the SEC Tournament. Regardless of Hall’s status, I recommend staying away from this one. Virginia Tech is favored by two according to Intertops, so this one could be determined by a bad bounce.

The spread in this one is 1.5 points for Arkansas, but I’m not betting against a team with the Bulldogs’ postseason pedigree, no pun intended. I’m also not betting on a team that slows down the game like Butler, because that sort of play can’t help you when you’re behind, and it’s just not fun to watch. As someone who has watched Virginia play twice this season, I can tell you once was one too much.

The Razorbacks’ take risks on defense and could get burned by the sure-handed Bulldogs, who seldom turn it over. The Bulldogs have the shorter trip to Detroit and should be well-represented at Little Caesars Arena. Butler senior forward Kelan Brown needs to be great, or seniors Jaylen Barford and Daryl Macon will be too much for the Bulldogs. I like Arkansas, but I’m not confident enough to bet on it nor intrigued enough to watch it.

Intertops has Florida State favored by one point in this one, and that’s enough reason not to like it. Missouri just got six-foot, 10-inch freshman forward and projected top-five NBA draft pick Michael Porter, Jr. back from a back injury that cost him most of the regular season. His production being a question mark is likely why the Seminoles are favored, but Florida State defends the paint well regardless.

Florida State makes teams bet them from beyond the arc, so the Tigers will have to match their season average of 38.5 percent from behind the arc to stick with the Seminoles, who played a tough ACC schedule and struggled with the best of the best conference. They beat UNC by one, but their next best wins are over Clemson (a five-seed) and Miami (a six-seed). For that reason, I like Missouri, but I’m concerned about what Porter can do after shooting 30 percent from the floor in his return against Georgia on Thursday.

All bets are off when it comes to the streaky shooting of freshman phenom Trae Young. Rhode Island is favored by two, but if Trae Young is hot, you can tear up your bet on the favorite. If he’s not, you can breathe easier knowing he’ll simply be setting up his teammates with fantastic looks.

Some say the only reason Oklahoma made it to the dance is so the NCAA would attract more eyes to televisions because of this kid’s ridiculous shooting (at times) and passing prowess and confidence (at all times). He’s a dynamic player who should raise ad revenues for the NCAA that they won’t share with him.

Frankly, Oklahoma is lucky to have pulled Rhode Island instead of, say, Nevada, who beat the Rams. Arkansas earned a split with fellow seven-seed Texas A&M, and even the length of the Aggies would give the Sooners trouble, both shooting and rebounding the basketball. Verdict: someone on the selection committee wants Oklahoma to stay and dance for a while.

That’s not a knock on Rhode Island. I just think they’re the most vulnerable seven-seed. Danny Hurley’s Rams have the experience but not the size. The Rams don’t have anyone on the roster taller than six-foot, eight-inches, so Young should get good looks at the basket, and if his shot isn’t falling, the painted area will be open often. But will all those twos be enough to hang with Jared Terrell and the Rams?

Terrell attempts more than five threes per game and hits 41.5 percent of his long-distance shots. But Young averages more than 10 attempts from beyond the arc per game, sinking 36.1 percent of them. The math isn’t in Rhode Island’s favor, so the senior, Terrell, will have to lock down the freshman, Young, defensively and shoot more threes than he’s averaged this season for the Rams to advance. I like Oklahoma in this one, and would bet on it if the Sooners were treated like underdogs. The moneyline for them to win pays just $120 on a $100 bet, according to OddsShark. That's not worth a bet, but it will be a fun one to watch anyway.

This one comes with an asterisk because Kansas State may or may not be at full strength for this game. If they aren’t, go ahead and take Creighton. But if the Wildcats do get all-conference forward Dean Wade (foot) and all-conference guard Barry Brown (eye) back for Friday night, keep your money out of this one. You’ll enjoy watching it regardless.

Creighton can score the rock and do so faster than just about anyone in the tournament, averaging 84.3 points per game. That’s an insane pace, but K. State held its opponents to less than 68 points per game, so don’t be surprised if this one ends up coming down to a final possession. The spread is two in favor of Creighton, and I wouldn’t be surprised if they don’t cover. But I’m not going to find out the hard way.

So there are four tips for betting the Final Four so you can hold onto your money throughout March Madness and come home from the big dance feeling like a winner.

More in this category: « Warning of “Disease X” outbreak. What is it? RIP: Dr. Stephen Hawking »
back to top