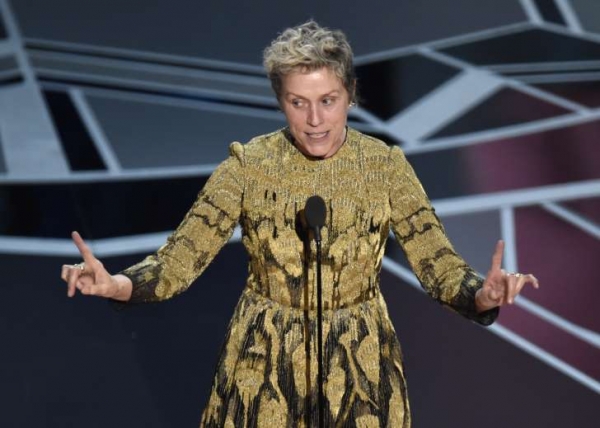 Frances McDormand accepts the award for best performance by an actress in a leading role for "Three Billboards Outside Ebbing, Missouri" at the Oscars on Sunday, March 4, 2018, at the Dolby Theatre in Los Angeles. AP Photo / Chris Pizzello