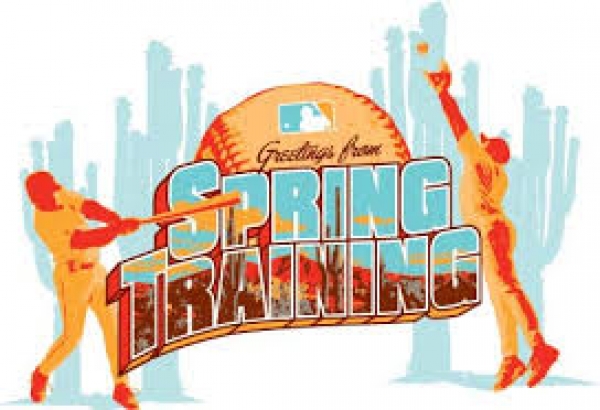 It’s springtime, my favorite time of year. The weather warms up without a lot of humidity.  Flowers bloom at their very best. It’s the season of my birthday. If you live in Louisiana, we witness music festivals galore, including Mardi Gras, JazzFest and a host of local harmonic gatherings of local bands all over the state. And one more springtime reminder. It’s the beginning of baseball season.

I’m spending the next week in Tampa, Florida, surrounded by 15 major league teams who hold their baseball season kickoff in a number of towns surrounding the Tampa area. It’s my annual ritual that I have shared with friends from the Bayou State for many years. I grew up watching and playing baseball, particularly the St. Louis Cardinals. There were no televised games back then, but I often fell asleep at night listening to legendary sports announcer Jack Buck on 50,000 watt station KMOX tell his listeners “All’s right with the world cause the Cardinals won again tonight.”

I grew up in St. Louis, and lived next door to the general manager of the St. Louis Cardinals, the great former Cardinals shortstop Marty Marion. I was in his box the Sunday afternoon back on May 2, 1954, when Stan the Man Musial hit five home runs on the same day in a doubleheader. When I moved down to Louisiana, I was disappointed that there were no major league teams close by, but the state is filled with baseball fans from little league to college and professional ball teams.

LSU is a perennial contender for the college baseball world series with ULL in Lafayette also a strong challenger. Some of the best major leaguers have come from Louisiana. Mel Ott from Gretna was the first national leaguer to hit 500 homers. Lou Brock was raised in Colliston outside Monroe, hit .348 and stole 33 bases to spark St. Louis to a world championship. Alvin Dark from Lake Charles was NL Rookie of the Year in 1948.And who can forget the Louisiana Lighting, Ron Guidry, who went 25-3 for world champion New York Yankees. The list goes on and on.

And speaking of the Yankees, they are a real unifying team. You see, unless you are a die-hard Yankees fan like me, everyone else, and I mean everyone, hates the Yankees. They are never the underdog. No, just the opposite. The Yankees are the overdog, brash, cocky, and rich, always spending more than any other team in baseball. They have won more world championships than many other teams combined. Syndicated columnist Mark Shields writes: “To be a Yankees fan means to root for Apple or Amazon rather than for your neighborhood mom-and-pop store.”

I know, I know. A populist like me who has hailed for many years from Ferriday, Louisiana has no business pulling for the Yankees. But I’m just hooked. I have seen the Yankees play three games in a row, and will seem many more both here in Tampa and in New York. You know just one of the reasons? The Yankees sell very the best hot dogs. Large, grilled just right and juicy with all the trimmings. Not like those shriveled, tasteless weenies on a cold bun sold at LSU’s Tiger Stadium. This year, baseball fans will consume more than 21 million hot dogs at stadiums across the country. That’s enough to round the bases 29,691 times.  And I’ll eat my share.

Many folks think baseball games are too long. Not really. NFL games average 16 minutes longer than a major league baseball game. And think about it. There are only about 12 minutes of actual playing time, from the snap of the ball to the whistle, in pro football. In baseball, there are about 25 minutes of time when the ball is in play.

Some fans feel like baseball is not all that difficult to play. If you think that, just talk to Michael Jordan, probably the greatest basketball ever, who tried pro baseball but couldn’t get out of the minor leagues. The same for former Quarterback Tim Tebow who is still lingering in a minimal Class A league.

So as the new season warms up and unfolds, I’ll be cheering on baseball from little league watching grandsons, to a cold beer and great hot dogs at the new Yankee stadium in  New York. Hey, give the game a shot. You just might get hooked like me.

More in this category: « The 90th annual Oscar Awards (will probably get it all wrong - again) Selfies make your nose look bigger »
back to top