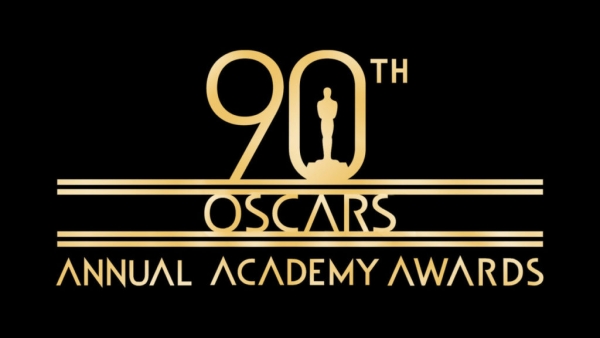 The 90th annual Motion Picture Academy Awards ceremony will take place on Sunday, March 4th, with show host Jimmy Kimmel leading the way.  Here is list of all the nominees. As someone who graduated from film school and freelanced in “the biz” on and off for twenty years, the Oscars once held a special place in my heart. I never cared for the glamor of it all, and “What are you wearing?” is the most vapid question I can think of. No, it was my pure love of cinema that drew me and forty million of my closest TV watching friends to Oscar night. And for a long time I believed that the Academy Awards always - got it right!

But now, “meh” - I don’t really care that much. Don’t get me wrong, I’ll watch them. And then, like so many years past, will be unable to recall who won best actor, best picture, best adapted screenplay in, like, three months.

Perhaps the failing memory of age is why I can’t remember recent Oscar winners. Perhaps it is the dumbed down formulaic construction of Hollywood movies that make them all mediocre and there for - quite forgettable. Maybe it’s a combination of both.

I used to think the Oscars would go to - you know - the actual best actor, actress or movie - in each category. Isn’t that the idea? It’s just not true though, Academy voters rarely vote for “the best” of anything. Instead they vote for their friends. They vote for sentimental reasons. They get too get caught up in politics and targeted marketing campaigns sway their minds. Many voters don’t even watch all the movies that are nominated despite getting free screener copies of all of them. Many older voters don’t “get” movies that young folks make. The Oscars is nothing more than a popularity contests where, occasionally, and quite by accident - voters select the best choice in any given category.

Do you know how many times movies win the “Best Screenplay” award because voters are like, “I should probably vote for this for Best Picture but I’m not going to so I’ll just give it a screenplay prize.”

Do you know how many times an actor loses for a performance that should have earned them an Oscar only to win the following year for a lesser performance because voters go, “Whoops. I really should have voted for him last year - guess I’ll just do it this year.”

About fifteen years ago,  maybe longer, the Hollywood Reporter started a “Brutally Honest Oscar Ballot” column. Usually they would find four voting members of the Academy - an actor (or actress), a producer, a writer and a director. And, given total anonymity have the four voters say who they are voting for and why.

“Dunkirk looked great, but it was a little confusing, there wasn't enough of an emotional thread, and the drone of the airplane through the whole fucking movie just drove me crazy. For me it just didn't fully work.”

“Christopher Nolan got involved with a huge undertaking [Dunkirk], but he made a confusing film, so he failed. [Jordan Peele's] Get Out is well done, but let's not get carried away.”

And so on and so forth. To be honest, this one is a bit tame by previous standards. There is usually more swearing, racism, sexism, finger pointing and laughing at ridiculous nominations. I remember one year a long time ago a voter saying they flat out hate Jim Carrey and would never vote for him in anything he ever does. Ever. No matter what. Probably in reference to Man in the Moon, or Truman or Eternal Sunshine...

Um. Okay. But that kind of invalidates the idea that the Oscar goes to the “best of.” Sure, a lot of voting for a “best of” is subjective and your “best of” might be different than my “best of.” But much of it is objective. Consider this - who is the better actress - Meryl Streep or Paris Hilton?

You can argue subjectivity as much as you want but there is a quantifiable difference between the two and we know it. Now, if I were to ask you - who is the better actress - Tilda Swinton or Cate Blanchett - well, um … that’s a little more difficult.  And now who gave a better performance - Tilda in movie A or Cate in movie B?

We are now arguing degrees of 1% and in that scenario, coming up with "who’s better" is, frankly, kind of silly. But that’s precisely what award shows do. Year after year. Sometimes Academy voters get it right. Often times they don’t. I don’t remember who else was nominated for Best Actress in 2010 and I don’t need to look it up because - I guarantee you that each and every one of them gave a better performance than Sandra Bullock in The Blind Side.

And it’s not because Sandra Bullock is incompetent. She’s not. She’s a very adequate actress. She has a lot of skill. She knows how to hit marks and find her light and says her lines. I certainly wouldn’t call her talented. Meryl Streep is talented. Sandra Bullock is adequate.

And Bullock should not be an Academy Award winning actress. But she is because she is very well liked amongst her peers. And when they saw their charming, lovely friend Sandra Bullock on the ballot, they overwhelmingly voted for her. Not because she gave the best performance of the year by an actress. No. They voted for her because they personally like her. A lot (and she really does seem to be a stand up person. I mean, did you even see her acceptance speech at the Razzie Awards for worst actress of the year?! You should). Anyway, her friends voted for her to win an Oscar because they universally thought, “When is dear Sandra ever going to get another chance?” Which means all the other great actress performances that year both nominated and un-nominated lost out to Hollywood nepotism.

So, while I moderately enjoy the much too long Oscar awards, and I’m occasionally surprised by a few excellent nominations and wins, I’m usually underwhelmed by the final result.

That being said, this year there really is no clear front runner. The Shape of Water has the most nominations and that usually means it will win the most awards. But the various end of the year movie awards shows have divided up the movies, actors, directors and screenwriters to multiple films and people.

There are also a lot of milestones to be seen at the Oscars this year:

All great! Baby steps in the right direction!

But I won't hold my breath. I’m now "Oscar cynical" enough to just expect that Academy voters will, you know - disappoint and get it wrong.

And I still do not fucking care what they are wearing.

More in this category: « Opinion: The Post is worth seeing and reading Spring fever and baseball »
back to top