Why say something if nothing happens? 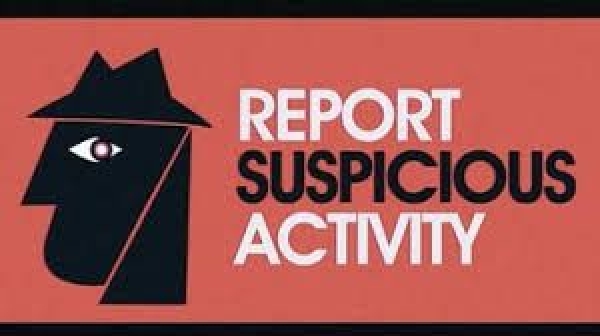 With an increasing number of mass shootings in recent months, we are urged by law enforcement officials to keep an eye out. Report anything suspicious. “If you see something, say something” we are regularly told. The problem is, that in too many instances, the alarms raised by concerned citizens are falling on deaf ears.

The most recent blatant example of a failure to respond came last week as 17 teachers and students were gunned down in Parkland, Florida. The FBI received several credible tips that a graduate of Parkland High school, Nikolas Cruz, was posting disturbing social media postings that he wanted to become a “professional school shooter” and had a desire to kill people. The FBI admitted it had failed to investigate even though there are only 12 “Nikolas Cruz” in the country.  So much for “see something, say something.”

In the same case, the local sheriff admitted to receiving over 20 calls about the dangers of the shooter.  No action was taken. The Parkland public defender, whose office is representing Nikolas Cruz, said: “This kid exhibited every single known red flag, from killing animals to having a cache of weapons to disruptive behavior to saying he wanted to be a school shooter. If this isn’t a person who should have gotten someone’s attention, I don’t know who is. This was a multi-system failure.”

In the Nassar molestation case of teenage gymnasts, the doctor molested more than 40 young girls after the FBI had been notified. One of the gymnasts who complained to the FBI told The New York Times: “I never got a phone call from the police or the FBI during that time. Not one person. Not one. Not one. Not one.”  She saw something and said something, but got no response.

How about Devin Kelley, the mass murderer at the small church in Texas. While in the Air Force, he talked openly about killing his superiors, illegally snuck a gun on his military base, was charged with assault and escaping from a psychiatric hospital, attacked his wife with a gun, hitting and choking her, fractured the skull of his baby stepson, and became a convicted felon. Yet after all this, he still was allowed to buy a number of guns. Many saw something and said something, but there was no response.

We know about mass shootings here in Louisiana, A killer named John Houser, who had a long history of violence and mental illness traveled to Louisiana from Georgia. Houser had been ordered to a psychiatric hospital by a Georgia judge in 2008, which should have prevented him from even buying a gun. But then he went to an Alabama pawnshop and bought a 40-caliber, semiautomatic handgun. Georgia and Alabama are both saying the other state should have done more to stop Houser from purchasing the gun considering his checkered mental condition. So what good was it to “see something, say something?”

As I wrote in a column last year, some 48,000 convicted felons and fugitives lied about their criminal history, a federal offense, so as to pass the background checks and purchase guns illegally. How many of these 48,000 were prosecuted for making false statements? A total of 44. The Justice Department’s response was that it was “prioritizing prosecutions to focus on more serious crimes.” More serious crimes?  What could be more serious than getting thousands of potential killers off the streets who lie to get a weapon?

It’s all well and good to have these national campaigns that tell the public to keep their eyes open and report suspicious activity. Some will argue that this leads to a big brother mentality, but it’s just the price we have to pay in the this violent day and age.

But if you “see something and say something,” you expect that federal and state law enforcement agencies will give such information a serious look. Too often, such important information gets ignored or falls through the cracks. Americans deserve a lot better.