Senate Republicans’ refusal to confirm judges will pay off for religion 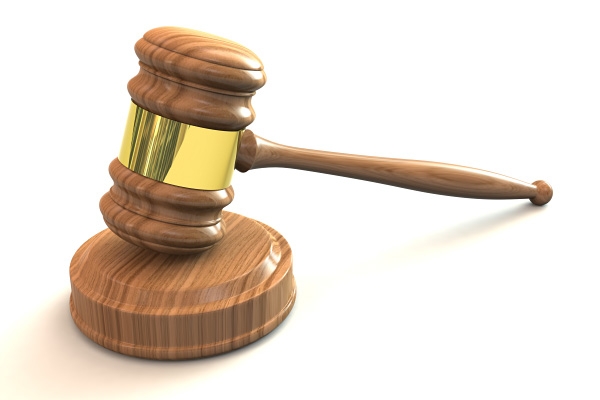 When Supreme Court Justice Antonin Scalia died suddenly on Feb. 13, 2016, it sparked a standoff between Democrats and Republicans that rivaled that of the OK Corral. Senate Republicans refused to confirm a replacement on the grounds that President Barack Obama was a lame duck president and that the new president should choose a successor. Obama famously responded by saying, “Presidents do not stop working in the final year of their term; neither should a senator,” and nominated Merrick Garland a month after Scalia passed.

Garland is a moderate by general consensus, but it wasn’t enough to convince Republicans to make the judiciary work on behalf of Americans. You can find how an empty seat has affected cases since by following this link. Basically, there were two ties that adversely affected working immigrants and unions.

Here we are over a year later with the Republicans getting exactly what they wanted: Neil Gorsuch, a consensus conservative judge, breaking the tie on a church-state case.

The separation of church and state is long-standing, federal law. Tax dollars are not spent in support of religions, but the federal government won’t stop you from raising money as a church – going as far as to make churches exempt from paying income taxes. A church can even donate money to super PACs that aren’t supporting a specific candidate, but no one is really enforcing this, with the chairwoman of the Federal Election Commission calling their organization “more than dysfunctional” and saying the likelihood that the laws being enforced is “slim.” Donald Trump would like to make churches the new super PACs, according to The Atlantic. That opportunity has arrived in the form of the church-state case Trinity Lutheran v. Comer.

Trinity Lutheran is a church-run preschool that applied for a state grant to fund a playground upgrade for safety reasons. They want to put that forgiving material made out of old tires in the playground so kids don’t end up with brain injuries, etc. It’s a perfectly reasonable thing to do. You can see what they currently have in the playground just by visiting the website, and it’s pretty terrible. But the state in which Trinity Lutheran operates, Missouri, has a state constitution clause that forbids tax dollars from going to churches, which is also perfectly reasonable. The latest decision upheld Missouri’s state constitution. The church must raise its own money to upgrade the playground. They are a private school after all, and if they actually took advantage of all this media attention, they’d probably be funded for the entire year already.

The case could be thrown out entirely because the Supreme Court put off scheduling the case because of the empty seat, and since, Missouri’s Democratic attorney general lost an election and was replaced with a Republican, who announced he will change the state’s policy and allow churches to receive grant money from the Missouri Department of Natural Resources. Then there’s no case, right? Attorney Irv Gonzalez of the Know Your Rights talk show thinks so.

“If they change the policy then I think they should not hear the case … If he changes the law today, then there’s really no issue,” he said.

Not so fast. That change to the state’s policy wouldn’t be permanent. It would be subject to change every time there’s a new attorney general. If the Supreme Court rules, though, it would become permanent nationwide. You see why these nine judges are so important and why having just eight is a real problem? Just look back at the FEC’s six chair people and how ineffective that has been. Those people can’t even talk to each other.

So, here we are at a crossroads, with a ninth and final traveller determining which path America takes for the foreseeable future. Does the consensus conservative Gorsuch side with state’s rights or religion? Everything points to religion. Furthermore, the hundred or so federal judges Donald Trump has or will appoint and another 70 that will likely retire during Trump’s first term will make sure more church-state cases are heard by the conservative Supreme Court. Gonzalez doesn’t foresee sweeping changes to church-state precedent, though. Unless, of course, 84-year-old Supreme Court Justice Ruth Bader Ginsberg passes away in the next four years.

Americans need to realize that Republicans didn’t just hijack the Supreme Court, but they hijacked nearly 200 more courts at other levels throughout the country. President Obama made 54 federal nominations to the 112 empty seats that Senate Republicans refused to confirm. Winning the White House was imperative for the power play to work, but Trump slapped the puck through the Democrats’ five hole – Hillary Clinton – with perhaps an assist or two from the Russians, who say they’re going to the Olympics regardless of what NHL owners declare. With a Republican-led executive, legislative and judiciary branches, what’s next?

Churches will be allowed to donate directly to political officials, whom, of course, will be members of the religious right. Freedom of religion will infringe upon free elections, and religions and corporations will battle together to elect politicians who put more money in the pockets of priests and CEOs. Everyday Americans will continue to suffer, but it won’t seem like it as long as they have their precious devices, television and internet access. Whether their use of those devices is monitored and sold to advertisers matters little to them. Fewer and fewer people will vote, because why waste an hour every two years when both candidates are working against you? Believe it or not, your vote means more now than ever. Use it.

Donald Trump went to work filling those open seats on Monday, May 8.

More in this category: « The Sad Story of Alex Jones's Custody Battle (that everyone is reporting) Republicans can’t repeal and replace Obamacare because their constituents need it »
back to top