Warning went unheeded, again! Tragedy in Florida: A Letter from a college student in 1999... 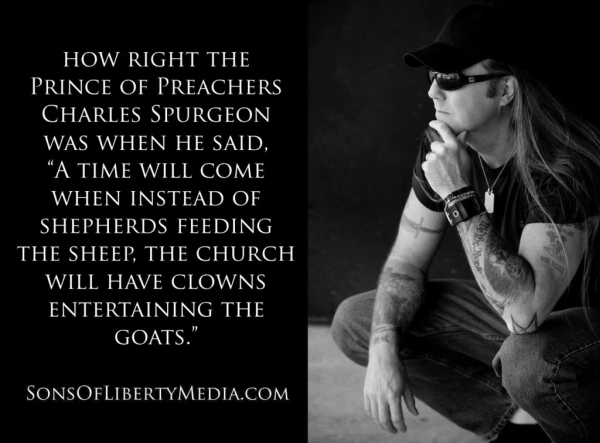 “…after the Massacre in Littleton, CO, I realized that as a member of this generation that kills without remorse, I had a duty to challenge all of my elders to explain why they have allowed things to become so bad.”  -Marcy Musgrave

Just last week, I was taking the time to speak about school shootings and the pharmaceutical companies, as well as the indoctrination taking place in public schools on my national radio broadcast.

I also took the time to bring forth warnings to parents as to what their kids were and are facing and what it is that their kids are being subjected to on a 5-day a week basis in public schools.  I shared a letter to the editor from a student warning what would happen if her generation, and those upcoming, were ignored by their parents and elders.

The following letter from college student Marcy Musgrave in the editorial section of the Dallas Morning News on Sunday, May 2, 1999.

Generation NEXT has some Questions I am a member of the upcoming generation--the one after Generation X that has yet to be given a name. So far, it appears that most people are rallying behind the idea of calling us Generation Next. I believe I know why. The older generations are hoping we will mindlessly assume our place as the "next" in line. That way, they won't have to explain why my generation has had to experience so much pain and heartache. "What heartache?" you say. "Don't you know you have grown up in a time of great prosperity?" Yeah, we know that. Believe me, it has been drilled into our heads since birth. Unfortunately, the pain and hurt I speak of can't be reconciled with money. You have tried for years to buy us happiness, but it is only temporary. Money isn't the answer, and it is time for people to begin admitting their guilt for failing my generation. I will admit that I wasn't planning to write this. I was going to tuck it away in some corner of my mind and fall victim to your whole "next" mentality.

But after the Massacre in Littleton, CO, I realize that as a member of this generation that kills without remorse, I had a duty to challenge all of my elders to explain why they have allowed things to become so bad. Let me tell you this: These questions don't represent only me but a Whole generation that is struggling to grow up and make sense of this world. We all have questions; we all want explanations. People may label us Generation Next, but we are more appropriately Generation "Why?"

"Why did most of you lie when you made the vow of 'til death do us part'?" "Why do you fool yourselves into believing that divorce really is better for the kids in the long run?" "Why do so many of you divorced parents spend more time with your new boyfriend or girlfriend than with your own children?"

"Why did you ever fall victim to the notion that kids are just as well off being raised by a complete stranger at a daycare center than by their own mother or father?" "Why do you look down on parents who decide to quit work and stay home to raise their children?" "Why does the television do the most talking at family meals?" "Why is work more important than your own family?" "Why is money regarded as more important than relationships?"

"Why is 'quality time' generally no longer than a five-to-10-minute conversation each day?" "Why do you try to make up for the lack of time you spend with us by giving us more and more material objects that we really don't need?" "Why does your work (in the form of a cell Phone, laptop computer, etc.), always come with us on vacations?"

"Why have you neglected to teach us values and morals?" "Why haven't you lived moral lives that we could model our own after?" "Why isn't religion one of the most important words in our household?" "Why do you play God when it comes to abortion?" "Why don't you have enough faith in us to teach us abstinence rather than safe sex?" "Why do you allow us to watch violent movies but expect us to maintain some type of childlike innocence?" "Why do you allow us to spend unlimited amounts of time on the Internet, but still are shocked about our knowledge of how to build bombs?" "Why are you so afraid to tell us 'no' sometimes?” "Why is it so hard for you to realize that school shootings, and other violent juvenile behavior, result from a lack of your attention more than anything else?" Call us Generation Next if you want to, but I think you will be surprised at how we will fail to fit into your neat little category. These questions should, and will, be asked of the generations that have failed us. Written by Marcy Musgrave, a junior at Texas A&M University. [YouTube Video]

It is amazing to me that another tragedy like that of the school shooting in Florida on Wednesday has to take place before people awaken to what is happening in our country today. This will, of course, last for 3 to 4 days and Americans will be diverted once again.

The sad fact is that I was refused, for a very short time by a school district in Boca Raton, Florida, not for tearing down their values and what we see in our Constitution, but for reinforcing them.

Young people are illegally indoctrinated by the federal government and then these same politicians, who push for the federal government’s illegal indoctrination in public schools, are the first ones to call for gun control after a tragedy occurs.  Hopefully, people in this country do realize that a majority of school shootings are in “gun free” zones, which in itself it illegal. Funny how this does not happen in schools with armed guards.

Going back, Obama had illegally implemented an extensive overhaul of public education from kindergarten through high school, bypassing Congress (again), the voice of the American people, and inducing states to agree to major changes that none of his predecessors attempted.

Apparently, Barack Hussein Obama, the self-proclaimed “Constitutional Scholar,” hasn’t taken the time to read Article 10 of the Bill of Rights. The federal government has no business whatsoever in the education of American schoolchildren.

This was all done by implementing Common Core Standards in 46 states and D.C., drowning students with mostly “informational text” and historical documents.

Some of the non-fiction texts that will be implemented into school curriculum are “FedViews,” by the Federal Reserve Bank of San Francisco (2009) and “Executive Order 13423: Strengthening Federal Environmental, Energy, and Transportation Management,” published by the General Services Administration.

Jamie Highfill, the Arkansas 2011 middle school teacher of the year, said, “I’m struggling with this, and my students are struggling. With informational text, there isn’t that human connection that you get with literature. And the kids are shutting down. They are getting bored. I’m seeing more behavior problems in my classroom than I’ve ever seen.”

The curriculum change in public schools has been a downward spiral for many years. America has been so dumbed down that 700,000 students per year graduate without the ability to read their own diplomas.

Add to students’ confusion the innumerable amount of errors in school textbooks ranging from misinformation to omission of facts or outright lies. These “errors” can be found in virtually every subject, especially in math, science and history.

In Texas, the State Board of Education found a total of 109,263 errors in math textbooks reviewed for use in 2008 alone. Yes, I said 109,263 errors. The board had to go so far as to place a possible fine of $5,000 per error found if they were not fixed by spring of the same year.

In textbooks all across America, science (the study of creation) is well-known for being laced with the dangerous theory of evolution, which wars against Christianity, the Bible, God and His Law, which is the foundation of our republic.

In Virginia, a state review committee found a slew of errors in many history textbooks. A committee of five historians caught errors ranging from the incorrect year John Rolfe married Pocahontas to quotes that do not even appear in historical records. One book illustrated Virginia soldiers in the Revolutionary War wearing red coats, when in fact they wore blue. Another textbook erroneously stated many colonial Americans were illiterate. In fact, literacy rates were extremely high.

Retired Library of Virginia historian Brent Tarter wrote in his review of one textbook, “Our Virginia,” “I also found some very significant omissions, some internal inconsistencies, and some erroneous or questionable descriptions and analyses of historical events. Some are so ludicrous and difficult to explain that I cannot understand where the misinformation came from.”

In recent years, American public schools have also been indoctrinated with the Muslim religion. Studies have shown over 500 historical errors in public school textbooks, giving an Islamic slant to our youth.

As a result, our youth are subject to the following teachings:

As I said, the federal government of the United States of America has no lawful authority over the education of the young.

Second, the reason this is happening is that 86 percent of the American people who call themselves Christian conservatives are the ones sending their kids into public schools to be indoctrinated in a worldview they claim they despise.

Proverbs 22:6 says, “Train up a child in the way he should go, and when he is old he will not depart from it.”

The Lord commanded parents to train their children in the way they should go, not the federal government.

The good news is we still have the freedom to do the right thing. These are our kids, not the federal government’s.

As a forewarning, you might want to bless this generation while you have time to do so. If you don’t, they will be there to curse you.

“The philosophy taught in the classroom in one generation will be the taught in government in the next.”

This explains what we are dealing with today. I tried to tell you.

More in this category: « Opinion: What reasonable, sensible gun control looks like Allergy season may start early this year »
back to top