Movie Pass: What is it (and is it too good to be true)? 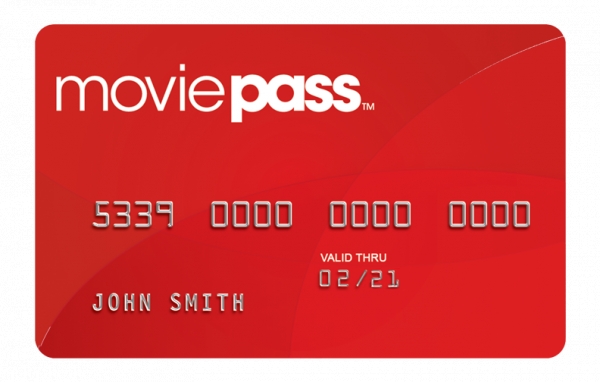 Editor's note: In December 2018, Movie Pass offered new terms of service and this story may be out of date. To see their new TOS go to Movie Pass Update (and is it still too good to be true).

Movie Pass has been around for a few years but I’m just now catching on. It started out as a monthly subscription for $50 per month and with it you could use your Movie Pass card to see unlimited movies at your local theater. And by “unlimited” I mean one 2D (non-IMAX) movie per day. Most of your local theaters, including some of the big chains (AMC), accept Movie Pass.

It was an interesting idea, but it didn’t really catch on. So it took Movie Pass almost two years to get about 20,000 subscribers -- mainly, die-hard cinephiles.

Well, back in August that all changed when Movie Pass dropped the monthly subscription fee to $9.95 per month with the same deal: most of your local theaters accept Movie Pass, and you can now see one 2D (non-IMAX) movie per day.

Suddenly, Movie Pass is a lot more appealing, and since the August price drop, added 1.5 million subscribers, including me. I have only just signed up and have not even received my Movie Pass card yet. But when I do and begin to use it, I’ll write a follow up and let you know what’s what. But for now, after reading up on Movie Pass for a few days, here is the good, the bad and the ugly.

The Good: It will actually save you a lot of money … if you use it.

CNN reports that the average cost of a movie ticket across the country is roughly $9, according to the trade organization National Association of Theatre Owners, which means you need to use Movie Pass about twice per month in order to save money. Obviously, if you see more than two movies at the theater per month you will save even more money. I usually see a movie once per week at about $10-$12 per movie. Which means an annual Movie Pass subscription will save me approx. $300 per year.

Here’s exactly how it works.

Okay, I see a few minor hurdles. You need the App, you need the internet, and you have to be within approximately 100 yards of the movie theater you are attending. These hurdles seem minor to me. But how is this sustainable? Movie Pass CEO Mitch Lowe had an interview with CNNMoney and answered this is exact question.

"MoviePass is kind of a movie insurance program. Our service is really low because we are going to use our understanding of you as a customer to be able to give you relevant suggestions that you might find valuable in your life. We might say there's a great restaurant across the street from the movie. If you go over there and show them your card, you're going to get a free appetizer."

Ah hah! There’s the rub! They sell user data to third parties to make money. Some might be bothered by the privacy concern this raises. Me -- not so much. If Movie Pass notices I watch all the sci-fi movies I can shake a stick at and then offers me Blu-ray, sci-fi movies and/or sci-fi soundtracks, I might be interested.

But then again, I might not. I don’t really buy concessions at the movie theater, so Movie Pass might lose a lot of money -- on me. But Movie Pass is counting on the “gym membership model,” in that folks might binge at first but eventually keep paying the monthly subscription for something they hardly use.

Plus, Movie Pass is negotiating with theater chains for a sales percentage of concessions, since that’s where movie theaters make the majority of their money, and Movie Pass claims they are bringing people back to the theaters. (No, seriously, did you know that it costs a movie theater about four cents to make that large bag of popcorn that you just bought for $8?).

Movie Pass says that one in 35 movie theater customers are now using Movie Pass, and that number is rapidly increasing. It seems like fair leverage to get a tiny fraction of a percentage point for concessions. With the explosion in subscribers that Movie Pass has had in the last six months I expect (well, I hope) it doesn’t go anywhere soon.

The Bad: In order to get the best deal you have to pay for the full year membership - up front.

Hrmmm. That’s a little obnoxious. But if you’re thinking, “Ah-hah! They’re going to grab your money and run!” Well, I too thought that for a moment. But then I saw their press release where they partnered with Fandor, which is a legit independent movie website (you should check it out) where they have some pretty great programing. I’ll reprint the full press release below.

Via Movie Pass CEO’s very own mouth, he admits that the company didn’t expect to suddenly expand from 20,000 subscribers to 300,000 subscribers to one million and then, less than one month after reaching one million subscribers, exploding to up to two million subscribers. Their customer service department wasn’t able to keep up with their growth. Costumer service emails or calls went unanswered for months and months. He’s very aware of the problem and he speaks about it candidly in the CNNMoney interview linked above.

And, of course, they can print and mail cards to you only so fast. Customers are told to expect their Movie Pass card in five to seven business days, but it sounds as if the wait is more like two to four weeks. I find this annoying, but not so annoying that I will be passing up this deal.

Movie Pass was a good deal at $10 a month. Movie Pass + Fandor is a really good deal at $7.95 per month (but remember, that’s $115 up front). I suspect Movie Pass is right - people aren’t going to use the Movie Pass card as much as they expect. But I bloody well will!

Keep in mind, the Movie Pass + Fandor for $115 up front is only a limited time offer. If you don’t want to pay the full up front fee - wait until the limited offer is up and Movie Pass will return to a $9.95 per month deal. There will still be a processing fee of $20 but then your first charge will only be $30 for month one, $10 for month two, etc, etc.

Either way, I signed up. I have to wait a few weeks for my Movie Pass card, but I’ve downloaded the App and plan to start watching Fandor films tonight.

As a final note, you may cancel your Movie Pass subscription at any time, but then will not be allowed to re-subscribe for nine months.

To learn more about Movie Pass and / or sign up visit their site here.

NEW YORK--(BUSINESS WIRE)--MoviePass™, the nation's premier movie-theater subscription service and a majority-owned subsidiary of Helios and Matheson Analytics Inc. (NASDAQ: HMNY) (“HMNY”), and Fandor®, the streaming service with the largest collection of independent films, documentaries, international features and shorts, are introducing a new annual subscription plan. This new MoviePass subscription plan will allow movie-goers to visit the theater every day for a year, and have access to the full Fandor content library for a year, for just under $116.

This new annual offer lowers the MoviePass monthly price from $9.95 to $7.95 and is coupled with an annual Fandor subscription. This combined offer is back after testing a limited time run in November 2017; it is now being reintroduced as a limited time offer nationwide.

“MoviePass is not only a phenomenon in the entertainment industry, but it has sparked a movement, now two million people strong,” said Ted Farnsworth, Chairman and CEO of HMNY. “With this new offer, we can make the movement even more accessible to movie-goers. I believe our annual subscribers will become influential movie consumers and an amazing asset and bellwether for the film industry as a whole.”

"Fandor is excited to be part of the disruptive wave redefining how audiences consume entertainment, making a broad range of movies available to our movie-loving subscribers," said Larry Aidem, President and CEO of Fandor. "We look forward to continued collaborations with MoviePass in the coming year."

MoviePass presently drives more than 5% of the total nationwide box office and continues to grow contribution as new subscribers join.

“We’re thrilled to continue innovating and reinvigorating the film and movie theater industries with MoviePass and Fandor,” said Mitch Lowe, CEO of MoviePass. “With more than two million MoviePass subscribers, and new ones joining every day, it’s clear that this is a tool moviegoers need and want. This new offer allows us to continue to reach more subscribers.”

Subscribers who sign up for this new offer will be billed $115.35 ($7.95 a month + $19.95 processing fee), and will receive one full year of MoviePass and one full year of unlimited streaming from Fandor.

More in this category: « What to think of and do with the stock market plunge Valentine’s Day: The least liked holiday of the year »
back to top