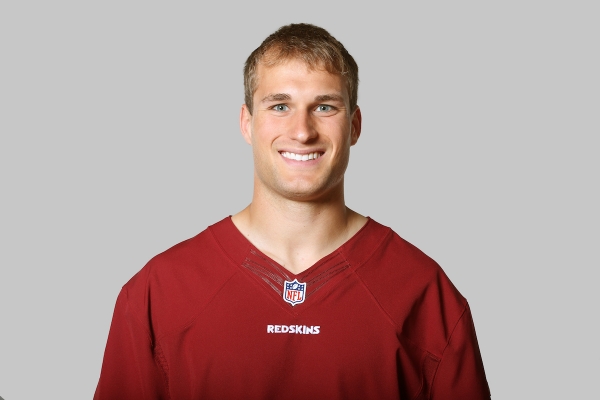 Free agent quarterback Kirk Cousins has said that the Minnesota Vikings are at the top of his wish list. Official NFL Headshot

1) Cousins is better than Keenum

The numbers from this season aren’t on Cousins’ side, but he is the better quarterback. Keenum had a better touchdown-to-interception ratio this season (3.14 to 2.07). Keenum completed more of his passes (67.6 to 64.3 percent), and while Cousins threw for more yards starting two more games (4,093 to 3,547), he took almost twice as many sacks behind an injury-plagued offensive line, leading the league with 342 yards lost due to sacks. That wouldn’t happen behind the offensive line of the Vikings, if healthy. Similarly, Keenum wouldn’t be the same behind the offensive line of say, Arizona.

While Keenum excelled more than any other quarterback against the blitz this season, his decision-making deficiencies were on display in the playoffs. Cian Fahey of Pre-snap Reads wrote about this. Keenum had a fantastic regular season, but fell apart in the biggest game of the year and turned the ball over in both playoff games. Even his walk-off, touchdown pass to Stefon Diggs to lift the Vikings over the New Orleans Saints was the result of his inaccuracy. That pass was supposed to be on the sideline so Diggs could get out of bounds, and Saints’ safety Marcus Williams defended the play assuming Keenum threw an accurate ball. Sure, he should have played the ball instead of going for a game-ending tackle, but the Vikings went on to the NFC Championship Game thanks to their own quarterback’s mistake.

Cousins’ 94 total touchdowns to 47 turnovers is sixth amongst all quarterbacks over the past three seasons. His yards-per-play average over those same three seasons is fourth overall, and he’s fourth in total yardage. Cousins knows what to do with the football in dire situations. He knows taking a sack is better than throwing an interception. Keenum displayed that he didn’t realize that in both playoff games, throwing an ill-advised pass into double coverage when hurried against the Saints that was picked off by the same young safety who blew the tackle of Diggs on the play that decided the game.

When brushed by Philadelphia’s Chris Long up 7-0, he threw this pick-six instead of holding the ball and taking a sack on 3rd-and-8.

2) Keenum will be overvalued

Keenum’s big-game mistakes aren’t the only reason the Vikings shouldn’t retain him. The reason they shouldn’t retain him is the market for quarterbacks. There are at least five teams who would love Keenum’s services: the Cleveland Browns, the New York Jets, the Arizona Cardinals, the Buffalo Bills and the Denver Broncos.

According to Sportrac, the Browns have more than $110 million in salary cap space for 2018, but ESPN’s Todd McShay has them taking USC quarterback Sam Darnold at number one overall in the NFL Draft.

The Jets have more than $79 million to spend, and are the most likely suitor for Cousins. They are paying less than $3 million to the three quarterbacks on their roster (27th in the league), and neither Bryce Petty nor Christian Hackenberg is the answer at quarterback for the Jets. But McShay also has the Jets drafting a quarterback -- Wyoming’s Josh Allen -- at number six overall.

The Cardinals are in the same boat as the Vikings. They have no one captaining their ship. They also have only $23 million to offer a quarterback in free agency. That’s more than half as much as the Vikings have in cap space, and won’t be enough to land Cousins, but could be enough to sign Keenum.

Buffalo and Denver are working with over $29 million and $26 million, respectively, which makes a Cousins signing improbable. The Vikings are the logical landing spot, and Cousins has said the Vikings are at the top of his list.

Sam Bradford is a fine quarterback when he’s available and well-protected. But he hasn’t played a full season since 2012, has two bum knees and is an injury waiting to happen. Despite all that, Bradford will be overpaid by some team desperate for a competent quarterback. But you can’t just put him behind any offensive line. Bradford needs protection similar to that provided by the Vikings much of the year, and even that wasn’t good enough to keep him upright.

4) Bridgewater will be undervalued

The Vikings could sign Kirk Cousins and retain Teddy Bridgewater at a reasonable rate. Bridgewater threw the ball once this season for an interception after recovering from a career-threatening knee injury. No team knows Bridgewater’s body and readiness better than the Vikings, and teams will be sceptical, for good reason. But Bridgewater is beloved in Minnesota, and many would like to see him get an opportunity to return to his All-Pro form as the Vikings starter. Playing behind the veteran Cousins for a few years could be a good learning experience for Bridgewater, and he will inevitably get a chance to step in given how often quarterbacks are injured in the league (although, Cousins has started every game for the last three seasons).

Bridgewater is just 25, so even playing three seasons behind Cousins, who will be 30 in August, would have him in his theoretical prime. But Bridgewater is unlikely to settle for a backup role given the need for quarterbacks.

5) The Vikings are a quarterback away

The Vikings are a quarterback away from winning a Super Bowl, and Case Keenum is not that quarterback. Sure, Nick Foles did it, but he did it behind the best offensive line in football. Minnesota now has a competent offensive line, but it wasn’t the most healthy offensive line entering the playoffs, and Keenum didn’t change his game to accommodate the changes on said offensive line. He still played like a wild gunslinger even though he had even less time to throw the football, which resulted in more turnovers.

Sam Bradford could be that quarterback, but again, the Minnesota offensive line is good -- not great. Whoever quarterbacks the Vikings needs to be able to take some hits, of which Keenum is capable. He just doesn’t make great decisions in those moments. Kirk Cousins does.