Restoring faith in the FBI 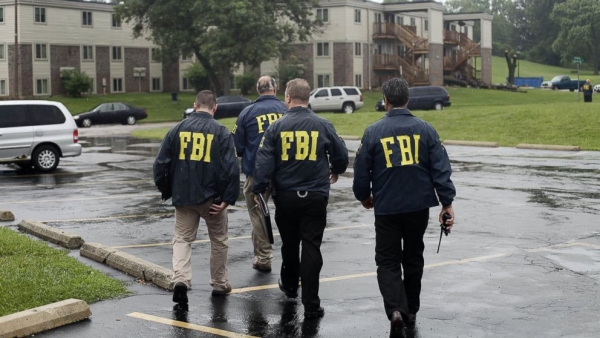 It’s been a bad last few weeks for the nation’s top law enforcement agency. First, an innocent hostage was shot and killed in a botched raid in Houston by an FBI shooter.  Then the television movie series “Waco” debuted and revisited the FBI killings of innocent victims in both Ruby Ridge and Waco. And currently, the Bureau faces charges by members of Congress of malfeasance and even interfering in the most recent presidential election.

The FBI has a credibility problem. And for good reason. The House Intelligence Committee is investigating the mishandling of federal wiretap requests involving both the Clinton campaign and the Trump campaign.  There is also the disappearance of thousands of FBI emails and efforts by certain agents to undermine both candidates.

Take a look at just some of the newspaper headlines across America.

The House Intelligence Committee voted along party lines to release a staff memo that Speaker Paul Ryan says will show that “there may have been malfeasance at the FBI.”  In response, the Bureau is pleading with Congress and the President not to release the document.  But with all the charges and counter charges taking place, a little transparency would seem to be in order.

And how about the confrontation between Tom Cruise and Jack Nicholson in “A Few Good Men”?

Kaffee: I WANT THE TRUTH!

Yes we can Col. Jessup. As the Wall Street Journal editorialized this week: “The House memo is not about ‘attacking the FBI or our law enforcement professionals.’ This is about restoring confidence in a law-enforcement agency that played an unprecedented role in the US presidential election regarding both the Trump and Clinton campaigns.”

A number of Democrats on the House Intelligence Committee seem to be outraged over any allegations that the FBI has a political agenda and that it can be vindictive. But as an investigative report by National Public Radio concluded last week: “As a matter of reality, the FBI has been political from its outset. The people in charge and the people in charge of the administrations under which it has served have been as political and as partisan as it is possible to be.”

History shows that from the creation of the FBI under President Teddy Roosevelt, the FBI has been used, misused, and by their own actions, insubordinate in many administrations.  How long could we talk about the shenanigans of J. Edgar Hoover, Watergate, Deep Throat, Sen. Joe McCarthy, investigations of Martin Luther King, and LBJ having the FBI harass Vietnam protesters?

Is this powerful bureaucracy worthy of America’s trust?  Yes Col. Jessup, we can handle the truth. Just let the chips fall where they may.

More in this category: « DACA: Judicial activism - Teeing it up for Sonia Sotomayor A local take on the Super Bowl »
back to top