Silent Majority: You Put Off the Day of Disaster and Bring Near a Reign of Terror 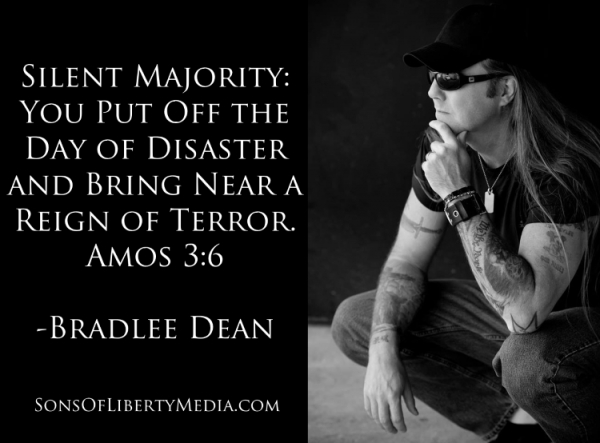 Ye that put far away the evil day, and cause the seat of violence to come near; -Amos 6:3

It has been said that he who brings the light must endure the flame. How true that is in the Christ (John 14:6) that I follow (2 Timothy 3:12). One thing that I have come to understand as a preacher of God’s Word is that men are either going to hate their sin and repent, or they are going to hate me (Acts 20:21; 2 Corinthians 7:10).

The Awful Price of Freedom and Redemption.

Since the beginning days of ministry, I have found that the problem is not so much with those that are called the left (Lawless). It is more so with those who call themselves the right (Mark 8:15). They are often referred to as the silent majority (outside of the 78% of them that profess Christianity (1 John 2:4).  Remember those who crucified Christ claimed to belong to God, as well (John 8:33)).

When I first started in ministry, I wondered why people were attacking me for telling them what they claimed their values consisted.  After all, I was not giving any one of my messages to bring about change to America’s values, but only to reinforce them. I became what Paul described as the enemy because I spoke the truth (Galatians 4:16) that exposes the lawlessness (1 John 3:12).

I have had the media dog my trail since day one.

Wikipedia founder has even come out against me.

On my Wiki page, which we did not set up, there are reports of outrage at my events and distortions of who we are and what it is that we have done as a ministry. The page is full of blatant lies and half-truths, written by people who have never approached me. Yet, they have written as if I had answered all of their questions. How is this not criminal? It is. They want to set the narrative without any truth exposing their lies.

Of course, the good news is in the back, hard to find, and in many cases, the people could care less about the truth. They simply let it fall to the ground (Isaiah 59:14). It is as if Psalm 120:7 rings like a bell in my ears: “I am for peace, but when I speak, they are for war.”

The silent majority is responsible for the evils that prevail because they look the other way rather than deal with the enemies of the law (Isaiah 56), even when the promises of God unto victory are given to us (Romans 8:37).

I don’t believe that I have ever had a day in my Christian life in which I did not feel the responsibility of duty before the God (Acts 3:13) that I love (Galatians 4:9) to prove Him and His Word (2 Chronicles 16:9). When we respond to His commands, He promises to respond with longevity to all those who fear Him.

That thou mightiest fear the LORD thy God, to keep all his statutes and his commandments, which I command thee, thou, and thy son, and thy son's son, all the days of thy life; and that thy days may be prolonged. -Deuteronomy 6:2.

And victory over the enemies, regardless if there are many to go it with you or not. -2 Samuel 23:10.

“A man with God is always in the majority.” –John Knox

What happens when you do take a stand? The Lord is willing to give us that for which we are willing to fight (Exodus 23; 1 Timothy 6:12).

Here is a list of those who have spoken out against this ministry, or have stood against the laws of this land that would not be confronted on live nationwide radio. These are those who when confronted want to turn and run. Again, they are simply there to establish the narrative.

More in this category: « Verizon, Dish a match made in merger heaven? The Sad Story of Alex Jones's Custody Battle (that everyone is reporting) »
back to top