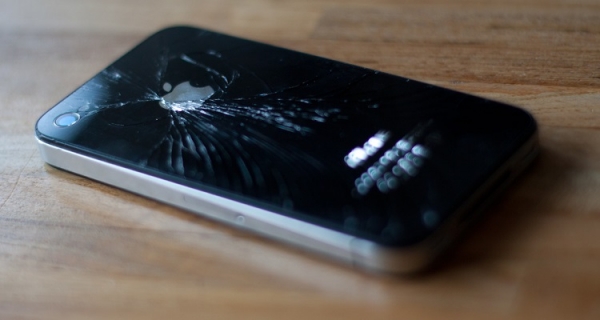 As if there weren’t enough political fireworks occurring in Washington, you can bet that Apple will find itself involved, somehow. It all started with what I’ve been calling Throttlegate, the faux scandal that erupted when it was discovered that older iPhones, with failing batteries, were running a lot slower.

It was easy to attach a conspiratorial angle to this development, the theory that Apple deliberately reduced performance on older iPhones to trick you into buying a new one. But it was also discovered that the mere act of replacing the battery fixed the problem.

Apple admitted that it was doing this to regulate power utilization, and thus prevent a possible sudden shut down problem. Supposedly this was done to allow for smoother performance, though it’s obvious that customers should have been alerted as to what was really going on. It’s also curious why iOS doesn’t present an interface to check battery health.

The follow-up message was more detailed, with references to support documents that explained battery technology and its limitations in a consumer-friendly way. Apple dropped the price of replacement batteries from $79 to $29 until the end of 2018, but that evidently wasn’t good enough for some. There are a number of pending class action lawsuits against Apple.

I don’t think that Apple should be giving away free batteries with normal wear and tear. That should only be done for defective product, though I can still see where Apple wanted to be generous with customers to compensate for not fully explaining what it was doing and why.

On the other hand, anyone who replaced the battery in the month or two ahead of the announcement ought to get a rebate. If someone can demonstrate that they went ahead and bought a new iPhone because they wrongly believed the old one was broken, perhaps they should get a refund. But I can’t see how that could be proven. Perhaps just allow people a few extra weeks to return their devices for a refund.

But you know that the powers that be in Washington, D.C. are poised to make political hay of the situation.

So there’s a published report that Senator John Thune of South Dakota, who is chairman of the  Commerce, Science, and Transportation Committee, wrote a letter to Apple demanding an explanation.

In a letter to Apple CEO Tim Cook, Senator Thune stated, “…even if Apple’s actions were indeed only intended to avoid unexpected shutdowns on older phones, the large volume of consumer criticism leveled against the company in light of its admission suggests that there should have been better transparency with respect to these practices.”

All right, they are being attacked for not properly communicating with customers. Apple isn’t the first tech company to be guilty of not providing adequate support information about a maintenance update. The letter also asks that Apple explain whether models previous to the iPhone 6, or the newest models, will be similarly throttled. And why not give the battery away free?

To me, this is little more than political posturing. Apple has already apologized for failing to provide sufficient information, and has promised to do better. There will reportedly be an iOS update this year that will allow you to check battery health on your iPhone and iPad, so you’ll know when it needs to be replaced.

But I understand where one might try to gain brownie points, or believe they might, by putting Apple on the carpet. All Senator Thune is doing, however, is just repeating what’s already been written on the subject, including Apple’s promises to do better.

Maybe he should be writing to Microsoft and asking why they released a patch for the CPU bug, fixing the Spectre flaw, which bricked some older PCs with AMD chips in them. We’re talking there about computers that were rendered inoperable. Whatever you say about what Apple did, all the affected iPhones continued to work. What about Samsung’s handling of the battery flaws that resulted in overheated and smoking batteries in the now-discontinued Galaxy Note 7? They were recalled twice before the company pulled the plug. Is it because Samsung is a foreign company? Well, its hardware still had to receive FCC certification to be sold in the U.S.

Again, I understand why customers who bought batteries at full price from Apple, or a third-party reseller, should get a partial rebate. But it makes no sense to give them away free unless they are defective and the unit is under warranty, and that’s not what is being claimed. Besides, if there were batches of defective batteries that failed even after the original warranty expired, Apple would no doubt make some accommodation to be certain they were replaced at no charge.

I suppose one can suggest that Apple needs to be punished for allegedly misleading customers, although the real “crime” was failing to explain the workaround to deal with the problem of sudden iPhone shutdowns. But it’s not as if the U.S. Congress expects to force a company to give away free smartphone batteries. Maybe call on the Federal Trade Commission next and squander the public’s money on a probe?

In any case, I suspect that Cook will probably write to the Senator, make appropriate assurances of good behavior, there will be some headlines and that, as they say, will be that.

Gene Steinberg is a guest contributor to GCN news. His views and opinions, if expressed, are his own. Gene hosts The Tech Night Owl LIVE - broadcast on Saturday from 9:00pm - Midnight (CST), and The Paracast - broadcast on Sunday from 3:00am - 6:00am (CST). Both shows nationally syndicated through GCNlive. Gene’s Tech Night Owl Newsletter is a weekly information service of Making The Impossible, Inc. -- Copyright © 1999-2018. Click here to subscribe to Tech Night Owl Newsletter. This article was originally published at Technightowl.com -- reprinted with permission.

More in this category: « The grooming of Oprah Winfrey: Setting the stage The greatest day in Minnesota sports history, until next Sunday »
back to top