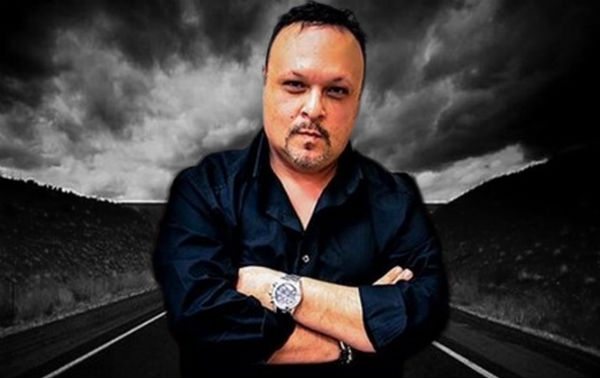 Since his start at GCN in Jan, 2012, Steve Sanchez has been one of GCN’s most popular weekend show hosts. Steve’s schedule has always remained the same - live Sunday evening from 9:00 pm - midnight (Central) with an encore rebroadcast the following Saturday morning from 9:00 am - noon but that’s about to change.

For those of you not familiar with Steve Sanchez he is, obviously, a radio talk show host but he is also a financial advisor and political commentator. For 25 years, Steve has been engaging the public with a "CONSTITUTION IN ONE HAND AND A BIBLE IN THE OTHER!" His Real, Raw, Relevant talk has the ear of Baby Boomer's, the GEN-Xers and the Millennials. In 2013 Steve was ranked #45 (of 50) in Talkers Magazine’s yearly, “Frontier Fifty List,” which recognizes a selection of outstanding talk media webcasters.

When asked to describe the show he says in it's "water-cooler talk on steroids” discussing everyday things we talk about - life, money, politics, values and faith. Steve has also been recognized Nationally in many areas including The 2008 Who's Who in America as a Business/Financial Consultant, for his unique take and expertise in the areas of entrepreneurship and finance. He's been a very popular platform speaker due to his transparency over his successes as well as his failures. Steve likes to say he's gone from the Penthouse to the Dog House to God's House!

Steve is a frequent writer for many National Magazines and a contributor to the Genesis Communications Network. He's also a frequent guest on both Fox News and Fox Business for his vast knowledge on current events and cultural trends due to his interesting political and biblical worldview on them. He's also sat on many boards for some of the most prestigious Mega Churches and Bible Colleges in the country.

He lives and broadcasts from his Undisclosed Bunker Studios in the Hottest City in America- Phoenix, AZ with his wife Marie and has three grown children and a grandson.

And finally, Steve believes Adam West is the best Batman. And if he’s right about that - which he totally is, he’s probably right about a whole lot of other things too.

For more about Steve Sanchez visit his site here.

For more about The Steve Sanchez Show visit his GCN webpage.

More in this category: « 4 things you should learn before we lose the Internet forever Halfway through season, the Minnesota Wild are finally healthy »
back to top